According to Canton Mayor Lou Ann Everett, four people are confirmed dead and at least 50 people injured after tornadoes touched down in Van Zandt and Henderson counties Saturday.

In a press conference about 10:30 p.m. Saturday, Van Zandt County officials said five people were killed in storms and the number of casualties could rise as emergency workers continued to search for victims. However, in an updated press conference this morning, the total death count changed to four. Mayor Everett stressed that the numbers could change as search and rescue efforts continue Sunday morning.

Officials said there was extensive damage in South Van Zandt County, including destroyed homes, downed powerlines and debris, and they urged people to stay out of the area as rescue and cleanup crews work. Officials planned a press conference for 9 a.m. Sunday.

More than 30 people were transported to East Texas Medical Center – Athens, one of them in critical condition, after the storms. ETMC Cedar Creek Lake had received eight patients, all sustaining injuries that were not life-threatening, before 10 p.m. Saturday.

Four patients were sent to ETMC Tyler, also with injuries that were not life-threatening.

About 9:30 p.m., Oncor’s website reported several thousand people without power in the East Texas area. Some of the largest numbers - more than 4,300 and almost 500 - were in the Canton and Wills Point areas, respectively.

The severe weather started picking up about 5 p.m. with tornado warnings in Henderson and Van Zandt counties and severe thunderstorm warnings in others.

A tornado was spotted near Eustace about 5:30 p.m. and lasted about 10 minutes, according to the National Weather Service. Videos on Facebook showed it crossing U.S. Highway 175 as motorists in parked vehicles waiting on the highway. 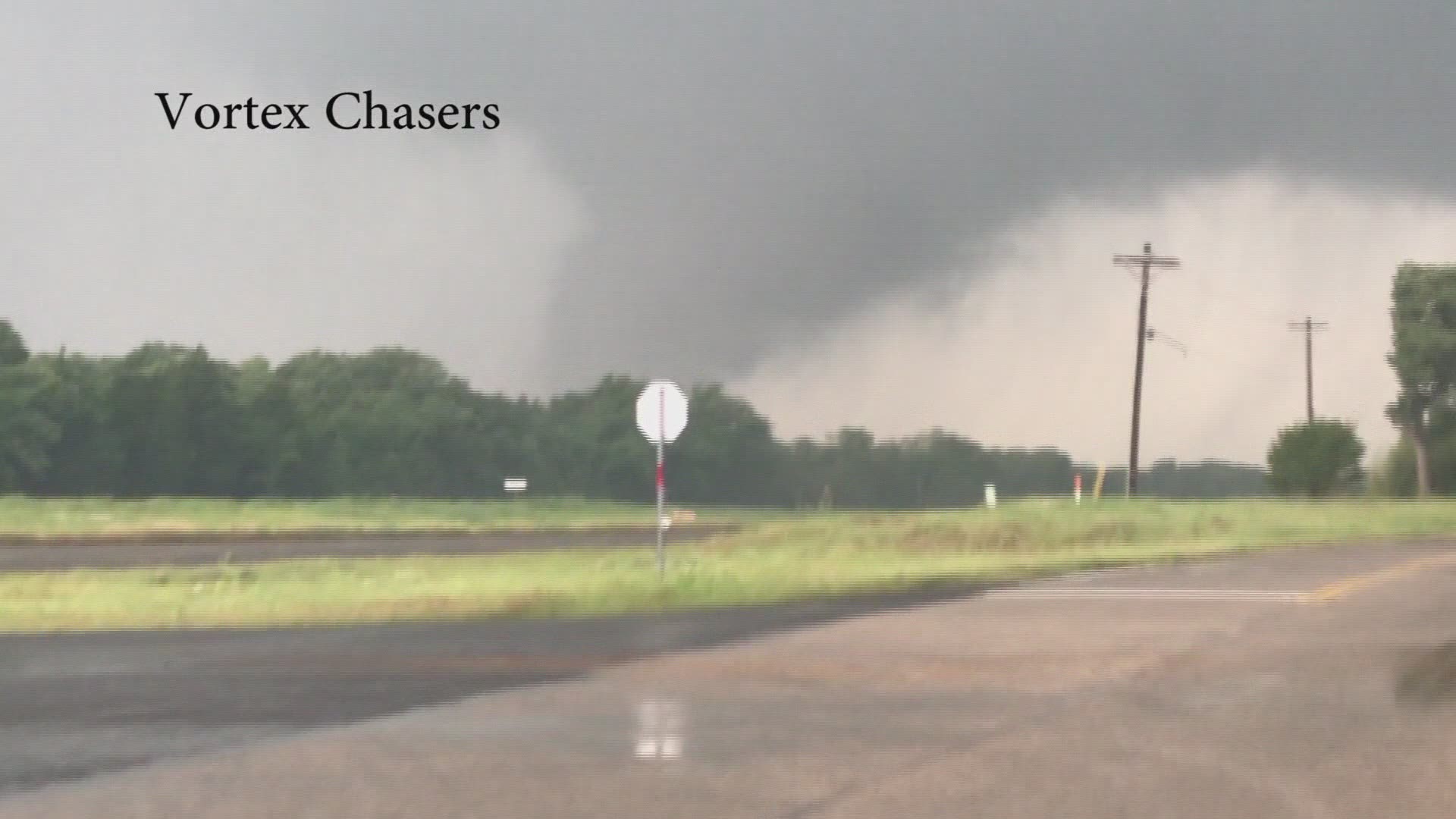 About 6:30 p.m. a tornado was spotted near Canton and lasted about 20 minutes, according to the weather service. There were reports of overturned vehicles on Interstate 20 east of Canton as well as widespread damage at the Chrysler Dodge Jeep dealership near the city. 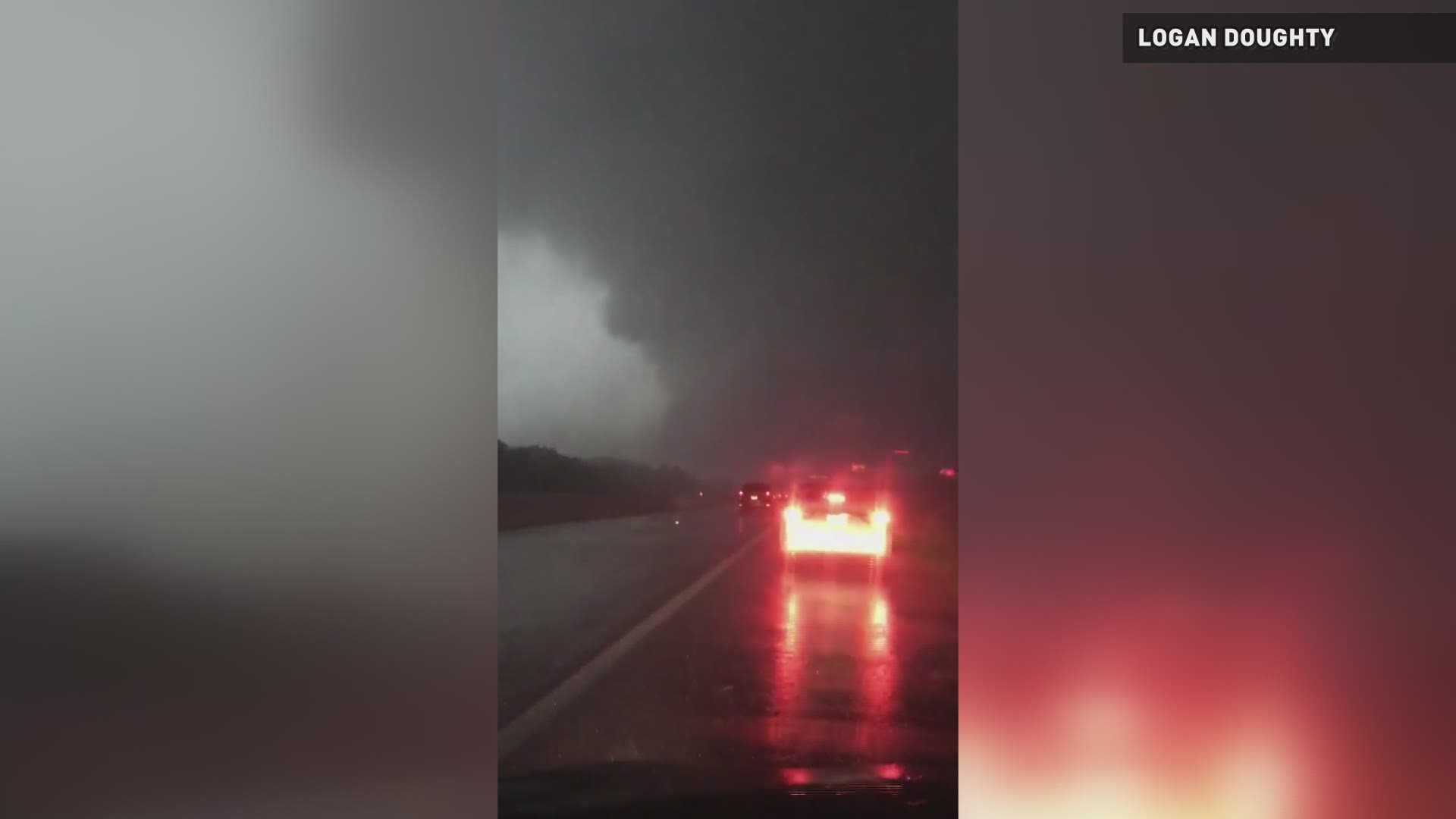 The Weather Service said it was too soon to know the magnitude of the tornadoes until surveyors visit the sites, but the storms that traveled across East Texas hit the Canton area the hardest, where six tornado warnings were issued for Van Zandt County from between 5 and 8 p.m. Saturday.

Tornado warnings continued throughout the evening for multiple areas including Smith and Wood counties.

She said a shelter is being opened at First Methodist Church Life Center, 600 S. Buffalo, Canton, and a command triage center had been set up in Van Zandt County, but the Red Cross was having a hard time getting its volunteers there.

One of their volunteers was in a neighborhood with downed power lines and another one had to stop and seek shelter because of a tornado encountered as they were traveling to the center.

She said the organization did have one person at the command center in Henderson County as a tornado had touched down in the Eustace area.

She said they were waiting for the weather to clear so their volunteers could get to the appropriate places. In an emailed statement she added that volunteers would begin damage assessment Sunday morning as it was safe to do so.

“Tonight and in the days to come, the American Red Cross will be responding to East Texas families in need due to today’s severe weather across the region,” she said in the emailed statement. “These storms have been wide spread and have impacted many rural communities. While we are making every effort to reach out to those affected, we realize we may not know yet where all storm victims are.”

A Smith County dispatcher said the county had sent volunteer firefighters to Van Zandt County to assist as needed.

In a press conference update Sunday morning, officials stated that the destruction spans 35 miles long and 15 miles wide. Officials continue to stress no to come to the area while emergency crews continue search and rescue efforts. 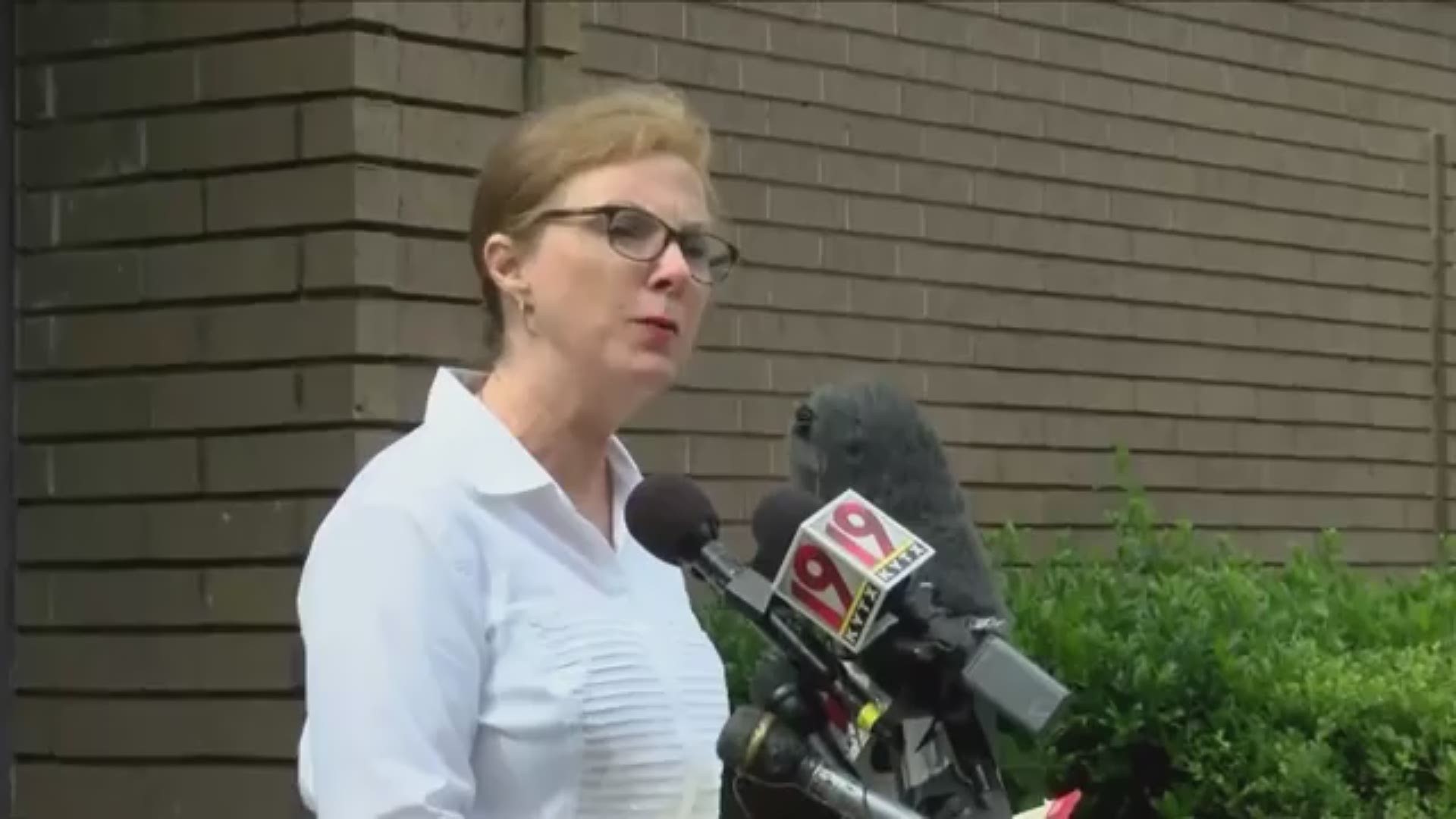 Canton Trade Days was not hit by the storms, but according to officials, there are power lines and power poles down from the storm.

Another press conference is scheduled for 3 p.m. Sunday afternoon.