Saturday, July 20, 2019, will mark the 50-year anniversary of when mankind first set foot on the moon. 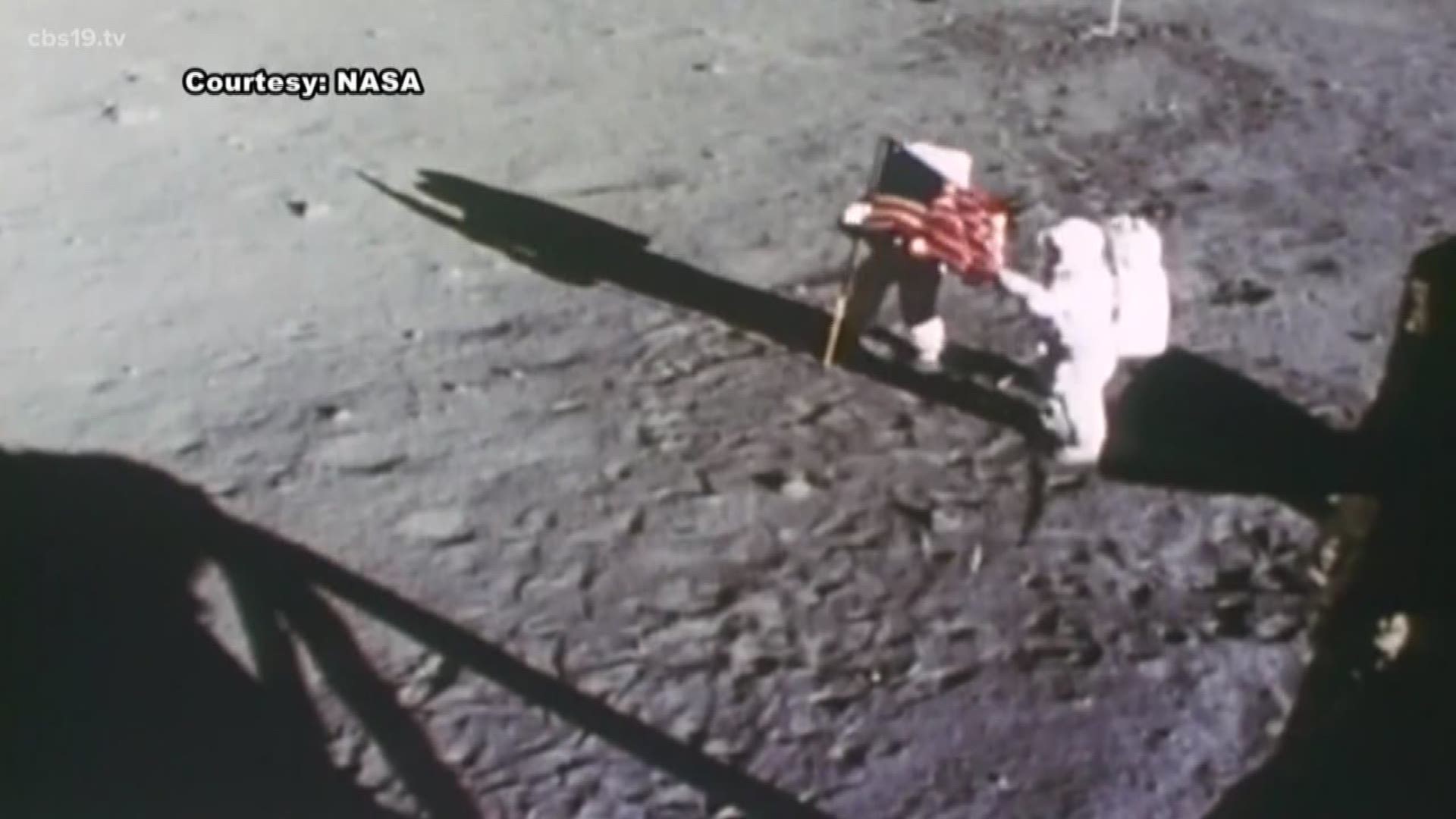 TYLER, Texas — Saturday, July 20, 2019, will mark the 50-year anniversary of when mankind first set foot on the moon.

Ahead of the occasion, three East Texans sat down with CBS19 to discuss what they remember about that monumental day.

Bobby Perdue was in his late teens and was working as an on-air personality for a radio show.

"John F. Kennedy challenged the nation to send a man to the moon before the end of the decade," said Perdue,

John Moore, who was only a child at the time, remembers loving NASA and having posters of astronauts hanging up in his room.

The speech to which Moore and Perdue referred to was made by President John F. Kenned on May 25, 1961. Before a special joint session of Congress, President Kennedy revealed his dramatic and ambitious goal of sending an American safely to the moon before the end of the decade.

Credit: NASA
Kennedy's speech to a joint session of Congress on May 25, 1961

Diane Brandenburg remembers she was visiting her father in the hospital at the time and says her father thought the mission was a waste of time and resources.

"I kind of agreed with my father, why are we doing this?" said Brandenburg. "At that time, there were so many problems worldwide."

"The 1960's were a very tumultuous time in this country," Perdue said. "The wars, the Vietnam War, all the riots, the protests."

"Soviets had launched Sputnik, which really began the space war between the Russians and the Americans," Moore said.

According to NASA, the Soviet Union successfully launched Sputnik I, on October 4, 1957. It would become the first artificial satellite.

"The rivalry between Russia and the United States had been going on for a long time, so one was going to go there first," Brandenburg said.

However, on July 20, 1969, the human race accomplished its all-time single greatest technological achievement as astronauts Neil Armstrong and Edwin "Buzz" Aldrin landed on the moon.

Six hours after landing at 4:17 p.m. Eastern Daylight Time (with less than 30 seconds of fuel remaining), Armstrong uttered the iconic phrase, "That's one small step for man, one giant leap for mankind," as he stepped off the Lunar Module, "Eagle," onto the surface of the moon.

He was then joined by Aldrin, and the two astronauts spent 21 hours on the lunar surface and returned 46 pounds of lunar rocks.

"For those who were adults and who were older, I think there was some question of whether that was going to actually be possible," Moore said. "We were talking about taking a man, leaving the earth and landing on a sphere and landing on the sun. It was late at night, it was past our bedtime," Moore said. "It was a big deal for us to be able to stay up and watch it."

"Things were so controversial at the time, that I felt like this was a time that the country was pulling together," Perdue said. "We were at church that evening we asked the pastor to please let us out early, so we could get home in time to see it. We were watching on television, of course it was black and white coverage from the scenes from the moon, but you could make out the image of Neil Armstrong stepping off the Lunar Module," Perdue said.

"I'm not sure the exact time, I just remember not being able to look away," Moore said. "Just was memorized to think a human being was on the moon. I remember going outside looking for the moon, trying to find the moon, figuring out where it was in the sky, and thinking how far away it was from us. Worrying if they would get home safely. That they would be OK."

"I figured that they would eventually do it, because Russia had already been real close," Brandenburg said.

After Aldrin and Armstrong's historic walks on the moon, they successfully docked with pilot Michael Collins and Command Module “Columbia."

The Apollo 11 mission put an end to the Space Race and fulfilled President Kennedy's goal.

"It wasn't so much that the Americans had done it, it was that man had done it," Moore said. "It would be wonderful if one day we could share that pride and unity."