Out of the 25 most populated counties in Texas, Smith County ranks No. 1 in suicide rates. 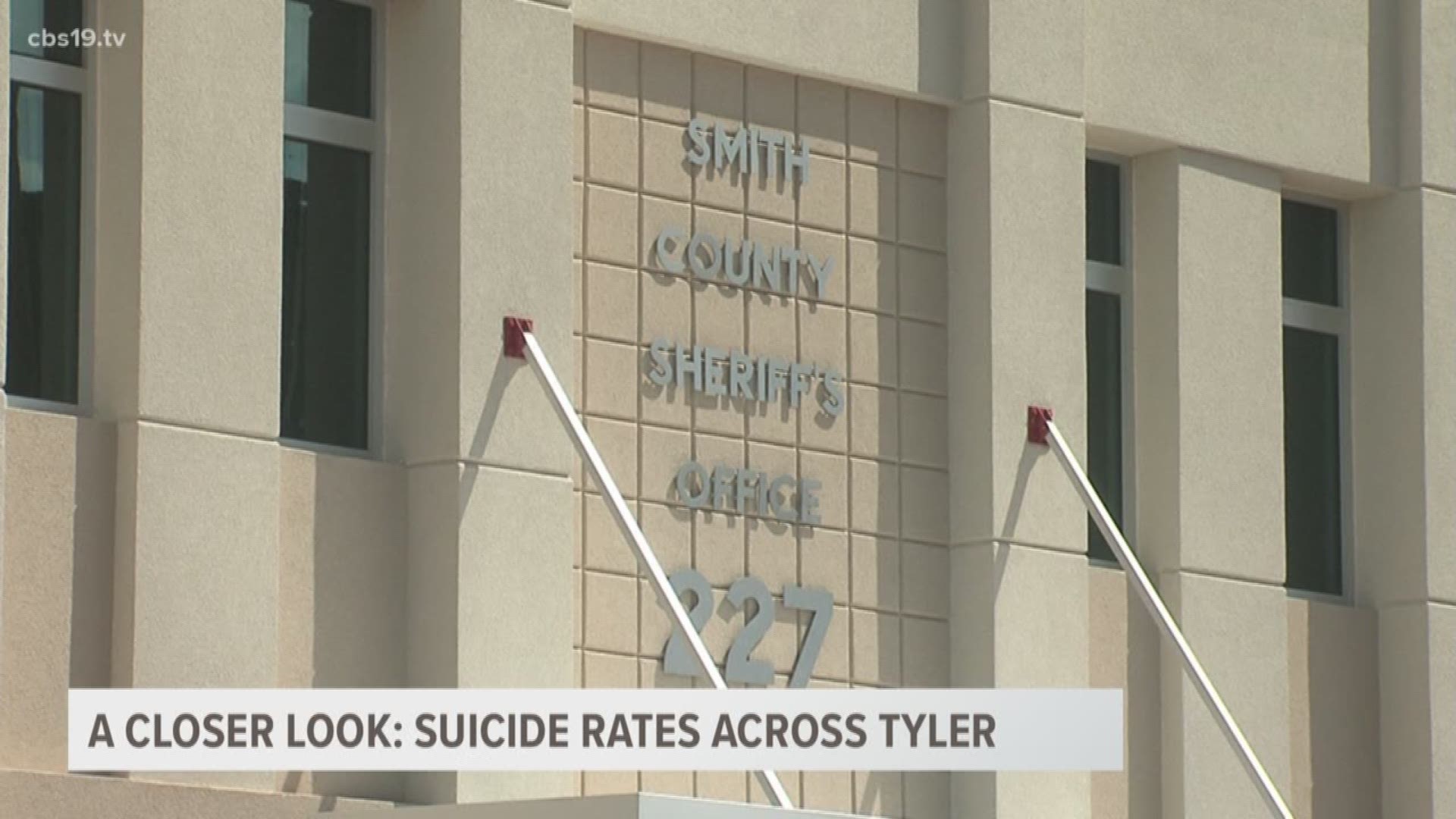 If you compare those rates to the rates across the U.S. within that same time frame, only 12 people took their own lives.

Out of the 25 most populated counties in Texas, Smith County ranks No. 1 in suicide rates.

At that rate, the Smith County Sheriff’s Office says there is one suicide every two weeks. This year alone, there have been five suicides in Tyler and six in the county.

Smith County deputy Robert Garcia specializes in crisis intervention. During his three years on the force, most of his crisis calls have been linked to suicide.

With those kind of rates, it begs the question: Why are people choosing to end their lives?

“[A] majority of suicides involve people who’ve been dealing with depression," says Garcia.

For those who do struggle with mental instability, does Tyler and Smith County provide adequate resources?

According to Dr. Robert Wieck, assistant professor of psychiatry at the University of Texas Health Science Center at Tyler, the answer is "no."

"Our beds are always full and there's usually people on the waiting list," said Dr. Wieck. "In Texas, in general, I think there's a dearth of psychiatrists as a mismatch between the demand and the supply, and East Texas is probably no exception to that."

Kathy Waterfield, Director of the Andrews Center, says out of all 50 states, Texas ranks 49th in receiving state funding for mental health resources.

If you or anyone you know is dealing with suicidal thoughts, there are people to help.

The Suicide Prevention Resource Center and National Alliance of Mental Health - Tyler are also resources to become more educated on this tragic trend.