Searching for an apartment in Tyler? It may not be as easy as you think

As Tyler's population grows and rents prices grows with it, the availability and affordability of apartments is becoming a tough issue for East Texans. 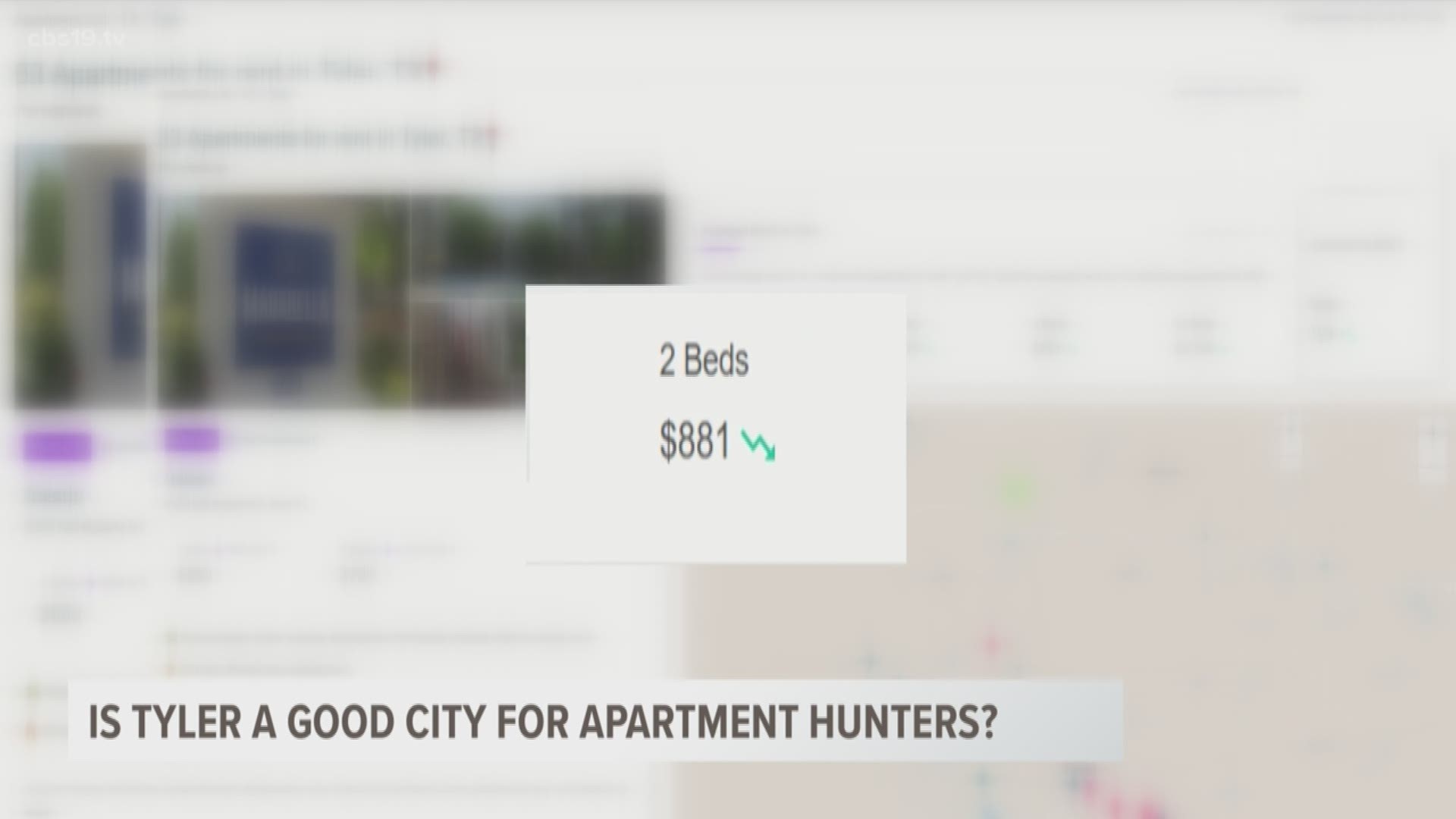 Most people begin to search for their new apartment in July. Meanwhile, March and August typically is the time when many people leave.

This pattern is no different in cities like Tyler, Longview and Dallas.

Katie Criswell, a student at UT Tyler, is like countless other college students around East Texas and the country in her struggle to find a place to live. The stress is taking its toll on her.

"We still haven’t found anywhere yet," Criswell said. "It keeps getting moved back. We initially tried to find a place by the end of June, and now, we're looking at mid-August."

She and her roommate began looking for a two-bedroom apartment in May. The problem is the pair cannot find a complex with immediate availability and meets their standards. One of those problems is affordability.

"We've been to several. We've looked into a couple of duplexes. A couple of apartment complexes," Criswell said. "The problem is that each place wants an application fee, and after a while, they just start to rack up."

Criswell says she and her friend are not looking to spend more than $900 a month for rent and utilities. In Tyler, and in many cities, that is a tall order.

According to Apartment List, their budget is slightly more than the average rent of $881 for a two-bedroom apartment in Tyler. In Longview, the same space is listed for an average of $947.

A two-bedroom in Dallas sits at a median $1130, which is higher than the statewide average of $1065.

But even with Tyler's average being on the lower end of the spectrum, the $881 is a 2.1% increase of the same rent for this time last year.

"Like always, inflation, taxes, the cost of just doing business, payroll, insurance is why rents go up," Tyler Apartment Association president Christine Lewis said. "It's not that we want them to, but we have to be able to run the properties in the right way to make our residents happy."

According to Apartment List, rent growth tends to be higher in the late spring and summer months due to seasonality in the market. Another factor that affects renters in Tyler, Lewis says, is the steady flow of people moving into the city.

With this in mind, while affordability might be a primary focus for management, Lewis says it may not always be easily attainable.

"Changing the wall colors, putting in the new hardwood floor look, trying to go more towards the trends that are happening now without having to spend so much money that it makes it unreachable for those people that can’t pay that high-end dollar, but they can have that look and feel," Lewis explained.

Just like with social media and television shows, many people gravitate towards trends when they search for apartments. However, those trends can cost a lot of money.

"We really would like a laundry room or at least washer and dryer hookup availability," Criswell said. "Also, she has a yellow lab, so finding a place that actually lets dogs that big into there. It's an issue."

As Tyler steadily grows, more complexes are expected to be built in the near future. While it may be great for the overall economy and help to meet a growing demand in apartment living, hopefully it doesn't become a burden for those on the hunt for an apartment.