"Cole loved his country and was honored to serve to protect the freedoms we enjoy." 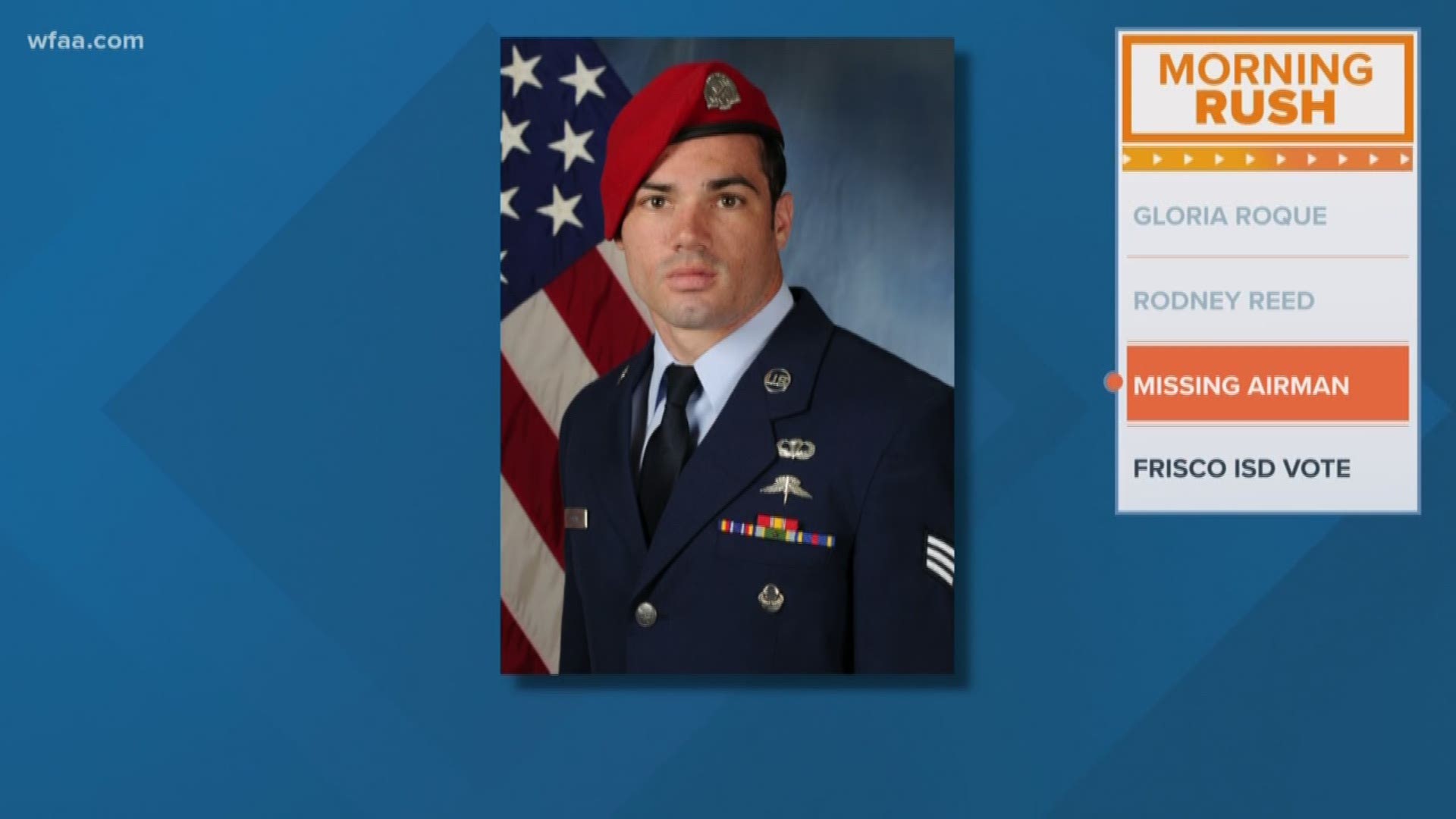 This story has been updated to add a GoFundMe fundraiser.

U.S. Air Force officials have identified Staff Sgt. Cole Condiff, 29, as the missing airman who had an "unplanned parachute departure" from a C-130 aircraft over the Gulf of Mexico on Tuesday.

Authorities with the military have been searching for Condiff since the incident south of Hurlburt Field, Florida, and say they are actively investigating what caused it to occur.

"Condiff is survived by his wife and their two daughters, as well as by his parents, sister and two brothers," a spokesperson said.

He graduated from Sachse High School and had gone to Utah Valley University before serving a two-year mission with the Church of Jesus Christ of Latter-day Saints in Spokane, Washington, according to Air Force officials.

He enlisted in the Air Force in 2012, officials said, and was a static-line jumpmaster, military free-fall jumper, combat scuba diver, air traffic controller, and a joint terminal attack controller.

Condiff had served in Africa and Afghanistan and had received an Air Force Achievement Medal and an Air Force Commendation Medal with a combat device for his service.

“Cole was a man with deep-rooted beliefs who dedicated himself to God, our freedoms, peace, and his family. He was a devoted family man within our squadron, focused on teaching his girls to be adventurous like he was,” said U.S. Air Force Lt. Col. Steven Cooper, commander of the 23rd STS. “This is a tragic loss to the squadron, the Special Tactics community and our nation. Our thoughts and prayers are with his family, friends and teammates at this time.”

“Cole loved his country and was honored to serve to protect the freedoms we enjoy.

Cole had a deep faith in God. Although we mourn, it is through our faith that we take comfort in knowing we will be with him again.

He loved his family. He was a devoted husband, father, son, brother and friend. He will be greatly missed by all.

We would like to express our deepest and unending gratitude to those that have searched so diligently. We would also like to thank those who have been and continue to stand at the ready to help serve the family in this time of crisis.

We ask for continued prayers as his wife and daughters move forward without their beloved husband and daddy.

Please pray for all of our military men, women, and families.”

A GoFundMe has been created to help Condiff's wife and daughters. It had raised more than $19,000 of its $100,000 goal within the first 12 hours of its creation.