According to an arrest affidavit from the Rusk County Sheriff's Office, officials were called to a home, located at 1811 County Road 308 in Henderson, on Wednesday, March 20, in reference to a welfare check. 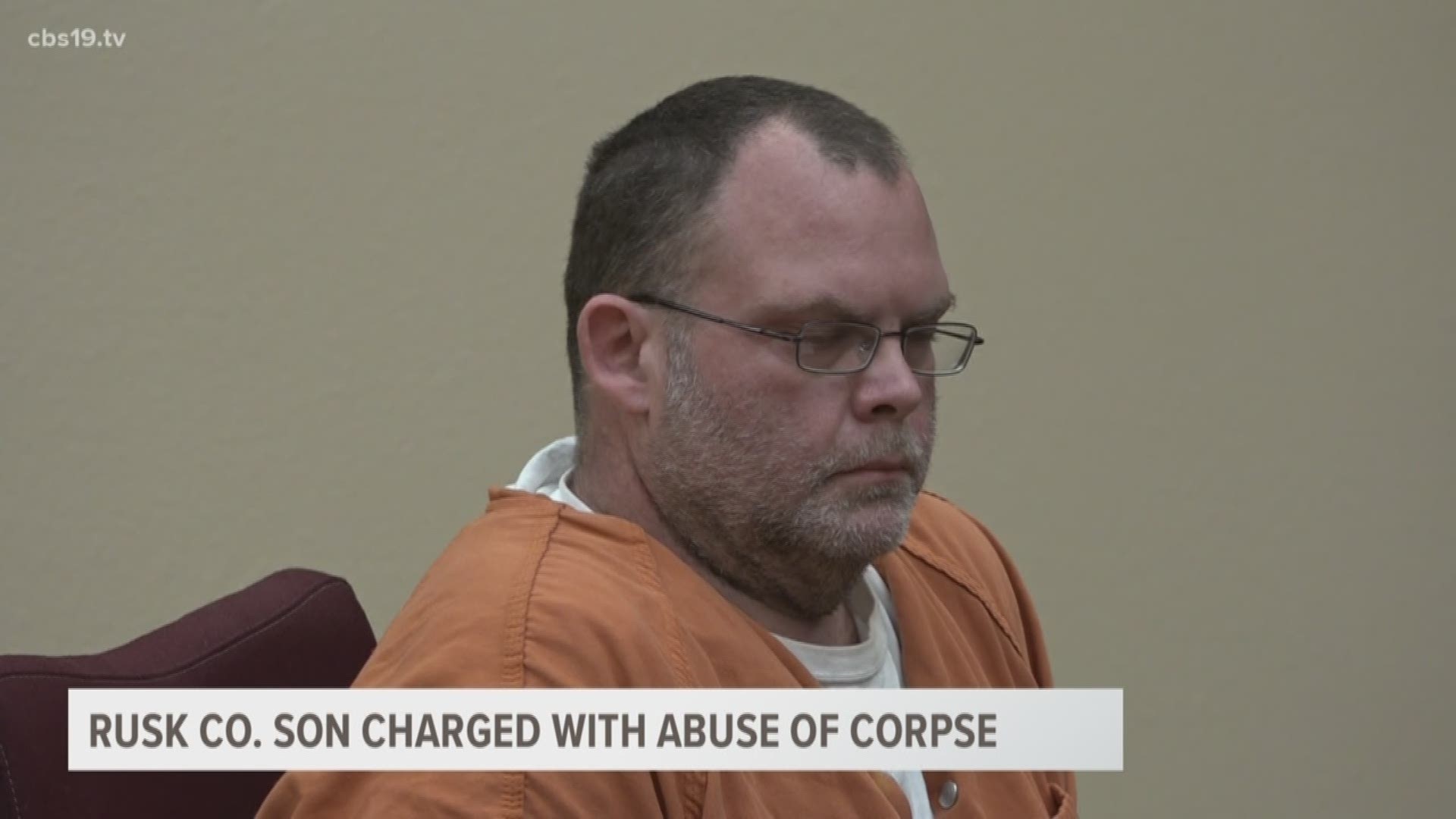 A Henderson man is behind bars after being charged with abuse of a corpse without legal authority.

According to an arrest affidavit from the Rusk County Sheriff's Office, officials were called to a home, located at 1811 County Road 308 in Henderson, on Wednesday, March 20, in reference to a welfare check.

“It was actually the deceased’s mother, who lives in the Houston-area," Rusk County Sheriff Jeff Price said. "She had called up here, because she hadn’t heard from her daughter, so she was checking on them, and when she called, she talked to the grandson. He'd explained to her that she had passed away.”

Officials say after speaking with Jeremy for a second time, his grandmother called the sheriff's office to request a welfare check be conducted at the home of her daughter, identified as Karen Cassin, 63.

Authorities say Jeremy told them his mother was "on the ground behind him" wrapped up in a tarp.

According to the arrest affidavit, Jeremy says he found his mother dead on Monday, March 18. He then removed her from her bed, wrapped her in a tarp and placed her in the front yard under a group of pine trees.

“His explanation to it was that it scared him," Price said. "He didn’t know what to do. He wasn’t sure what to do, and that was the only thing he could think of.”

Sheriff Price says his office has dealt with Jeremy in the pass for minor, nonviolent charges. As for his mental state, Sheriff Price said he was not sure if Jeremy has been medically diagnosed with any mental disability.

"It’s difficult to say what people would do when confronted with certain situations," Sheriff Price said. "But this would not be your normal reaction. Most people would think, ‘Oh dear!’ and they would call 911.”

Karen's body has been sent for an autopsy to determine a cause of death. Jeremy remains in the Rusk County Jail on $25,000 bond.