Incident reports from the Federal Railroad Administration show there have been three accidents at the Cream Level Road crossing since the 80s. 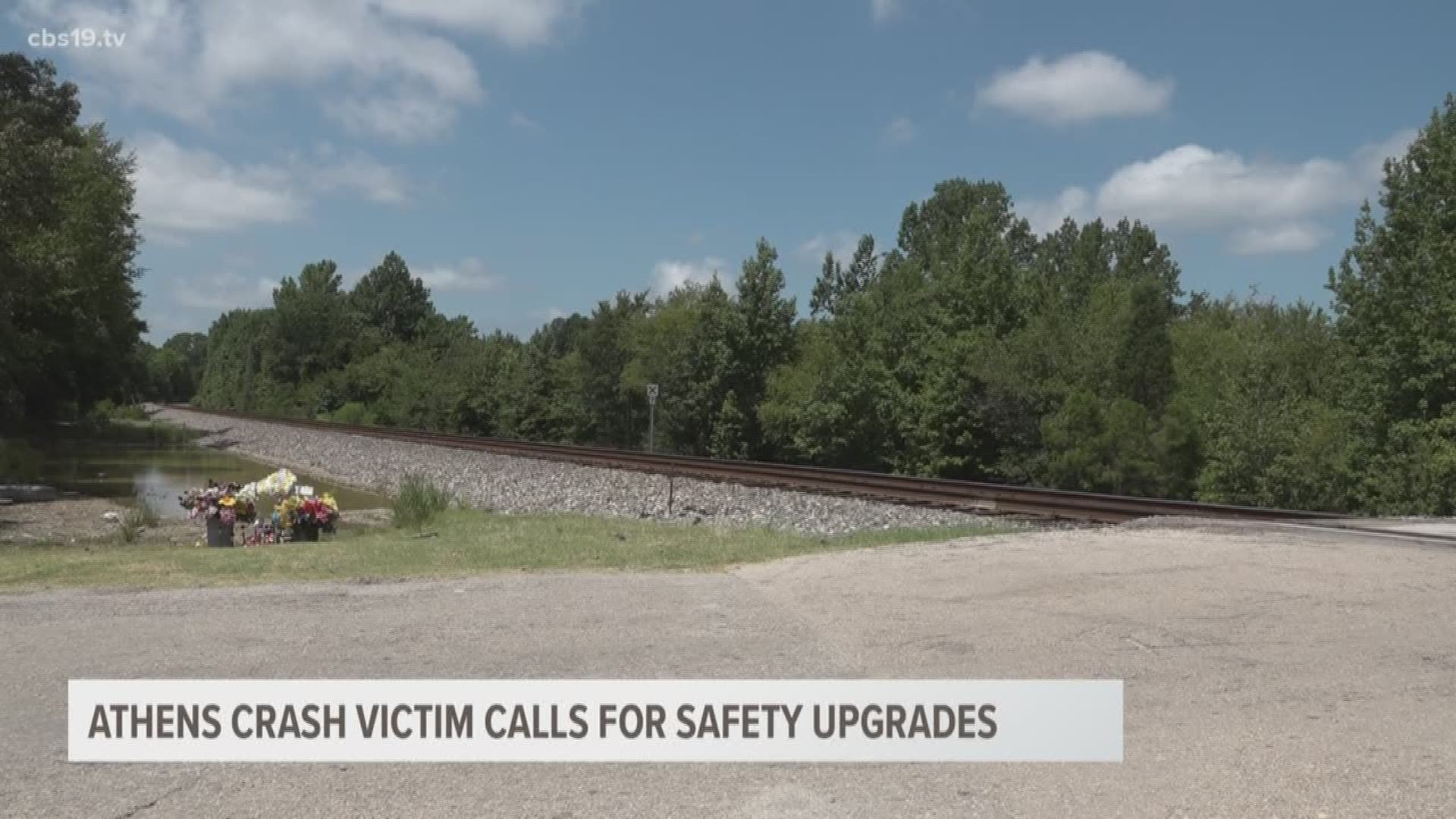 ATHENS, Texas — January 25 is a day East Texans will never forget. A fatal crash involving a school bus and a train killed one middle school student and left the bus driver and another student injured.

However, the tragic accident was not the first incident at the Cream Level Road railroad crossing. In 2014, a woman survived a crash at the same crossing. Today, she joins others in calling for safety improvements to a crossing some have called a 'death trap'.

"It really done something to me because of the little boy that died. Why didn't God take me?" crash survivor Eva Lee expressed. "I never heard the train, never seen the train until right there at the last minute. It went swoosh. I heard that honk and that swoosh and it hit me bad."

Lee's accident happened on October 24, 2014. She says she was headed home when she nearly made it across the tracks before her pickup truck was struck by a passing train.

"They said that it knocked me out of the pickup truck and sent me over here on the side of the road," Lee said. "It broke 16 ribs and it punctured my lung."

She admits she failed to stop before crossing but says she slowed down and looked both ways, and never saw the train approaching.

Lee says the crossing can be dangerous due to the trees blocking sight around the curve and the upward drive necessary to cross the tracks.

"There's no guardrails. There's no lights, nothing. There was nothing here," Lee explained. "I didn't see it and I don't think he would've seen it. There's a blind spot here."

Incidents reports from the Federal Railroad Administration show there have been three accidents at the Cream Level Road crossing since the 80s.

According to an FRA inventory report, even then, there were no warning signals present, except crossing bucks on each side of the tracks.

FRA records also show on average eight trains pass through the crossing every day at 40 miles per hour, while the daily traffic count has increased to about 3,000 vehicles. However, the report does not list the crossing being used regularly by school buses.

According to the Athens Daily Review, in last Monday's city council meeting, Police Chief Buddy Hill said the city is working with TxDOT and Union Pacific in pursuing ways to make improvements to the railroad crossing.

No details on the improvements have been given at this time.