Texas Caregivers for Compromise started in July and has grown to include 2,600 Texans across the state. 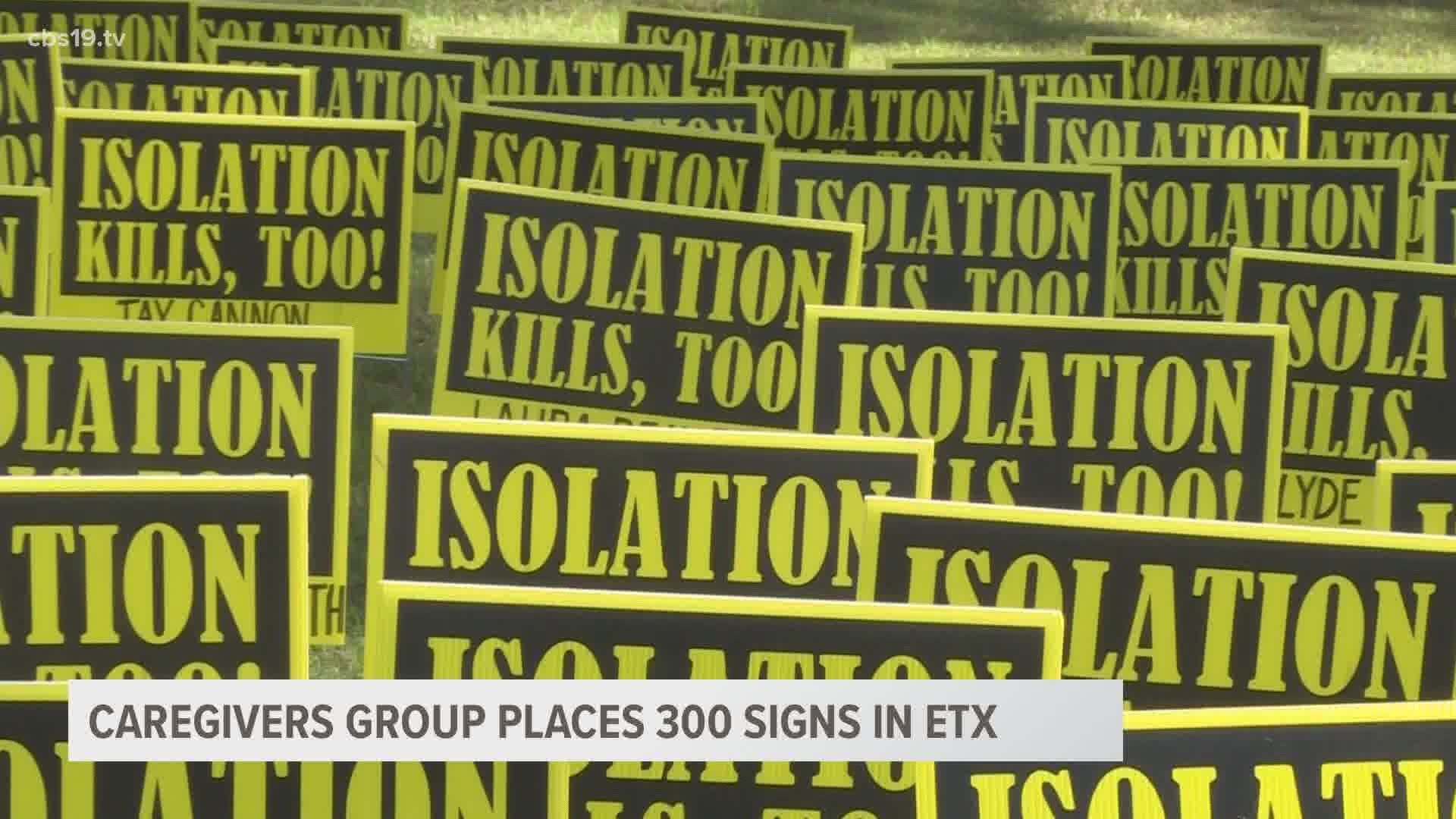 TEXAS, USA — Six months ago, Governor Greg Abbot shut down visitation to nursing facilities for the safety of the vulnerable population.

For some, like Mary Nichols, that time has taken a toll on her mother’s health as well as her own mentally.

“The anxiety of witnessing so many long term care residents dying without ever seeing a family member and knowing that that person has died alone,” Nichols said. “And so the mental health issues of this is going to be long term after this.”

Nichols explained, for people like herself who would visit their loved ones frequently, they feel they are not just family members at these care facilities.

“We don't feel like we're visitors, we’re caregivers,” she said. “We do the unpleasant things that aides don't always have to do, because we're there. We clean their dentures, brush their teeth, clean under their nails, and do all the unpleasant grooming things that are now either not being done or being shifted to the staff.”

Although Nichols can see her mom with a camera setup in the room, she said it’s not the same as being able to be with her and realized others probably felt the same. She turned her attention in a new direction by starting the Texas Caregivers for Compromise.

“What we're asking for is for one caregiver to be allowed per resident and long-term care facilities,” she explained. “We're not asking for the doors to be thrown wide open, we realize there are health and safety risks.”

Texas Caregivers for Compromise started in July and has grown to include 2,600 Texans across the state. Currently a petition for Governor Greg Abbott has 22,000 signatures from Texas, not including support from people in other states.

In the beginning of August, the governor amended his order for a small portion of facilities to allow visitors with social distancing requirements like being outside, six feet apart and wearing masks. Nichols feels this still excludes a large portion of those who live in these communities and are unable to go outside.

“So, we still have this huge number of people who are remaining in isolation and every day, every single day, somebody dies alone,” she said.

The group decided to use their numbers to spread their message and get the governor’s attention.

“We’re getting these patients out of the nursing homes and across the state of Texas, you know, via the signs, of course, just to bring awareness," Dillards said.

Dillard with the help of a friend, Judy Case, placed the signs out Sunday evening and they plan to take them to Henderson after Wednesday. From there the signs are expected to be in Palestine and then the Bryan/College Station area.