On Wednesday at the Tyler City Council meeting, council members will vote on the grant program for the 2019-2020 fiscal year. 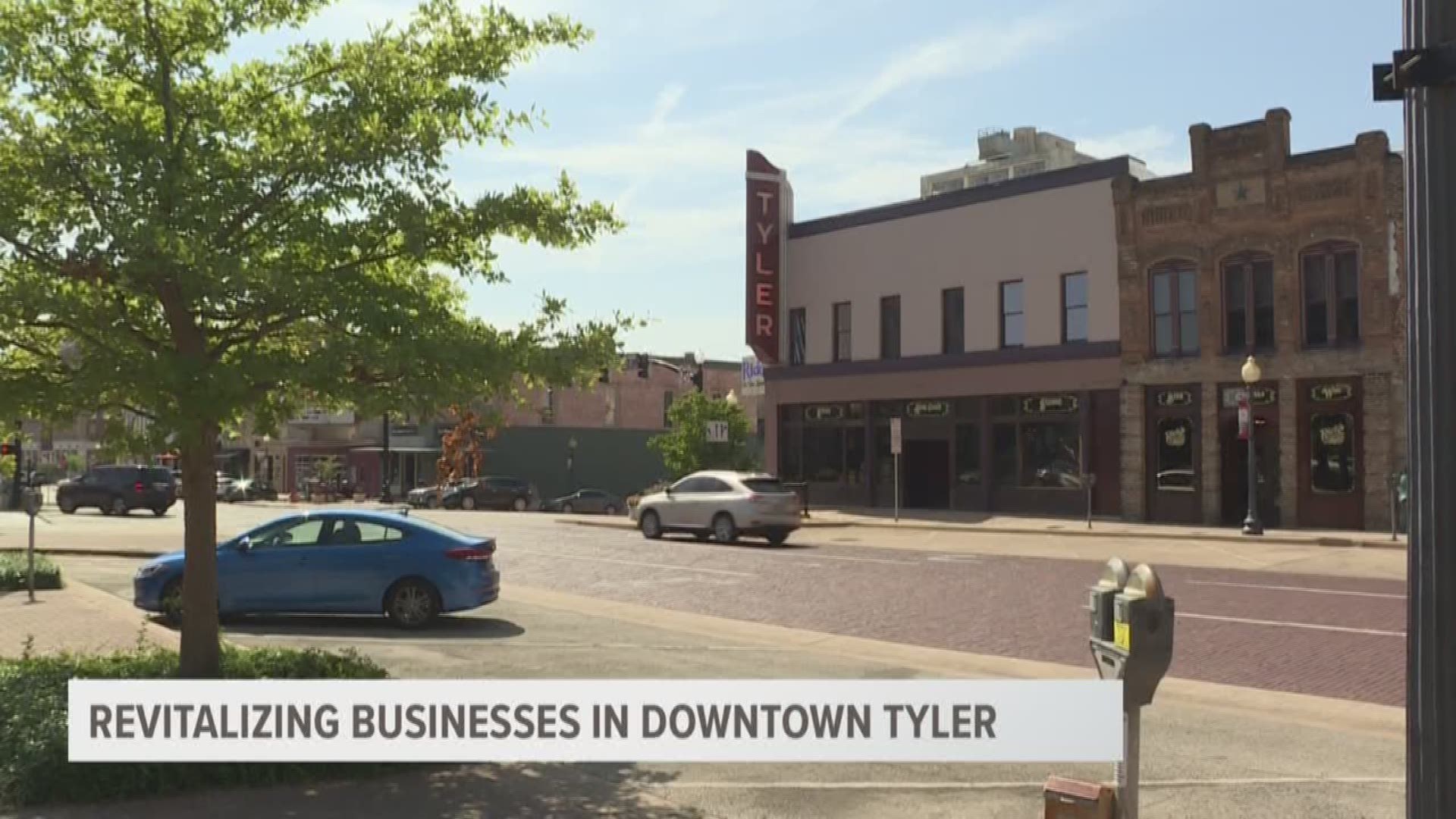 TYLER, Texas — Downtown Tyler is considered to be the heartbeat of the community, a place where people can gather for fun, food, and work.

Smith County was one of the many counties created by the first Texas Legislature in April 1846. During that time, an area centrally located in the county and on a hilltop was selected as the county seat.

The county seat was named Tyler for President John Tyler, in recognition of his support for admitting Texas to the United States.

A year later, a townsite was built with five streets running north and south and four streets running east and west. A small courthouse was also built on the north side of the public square, now known as downtown Tyler.

Most of these buildings are considered historic. Which is why City of Tyler Managing Director of Culture and Tourism Services Stephanie Franklin says the city wants to not only preserve the buildings, but improve them.

"Because they're historic, they may not meet current code," Franklin explained.

A presentation will be given to the Tyler City Council on Wednesday about a plan to renovate the buildings with the Downtown Revitalization Grant Program.

If approved, business owners and potential buyers will be able to apply in October.

"The amount of funds we have budgeted this year is about $50,000," Franklin said.