Finney is the creator of the Tyler Street Team, an organization that aims to help people who are experiencing homelessness. 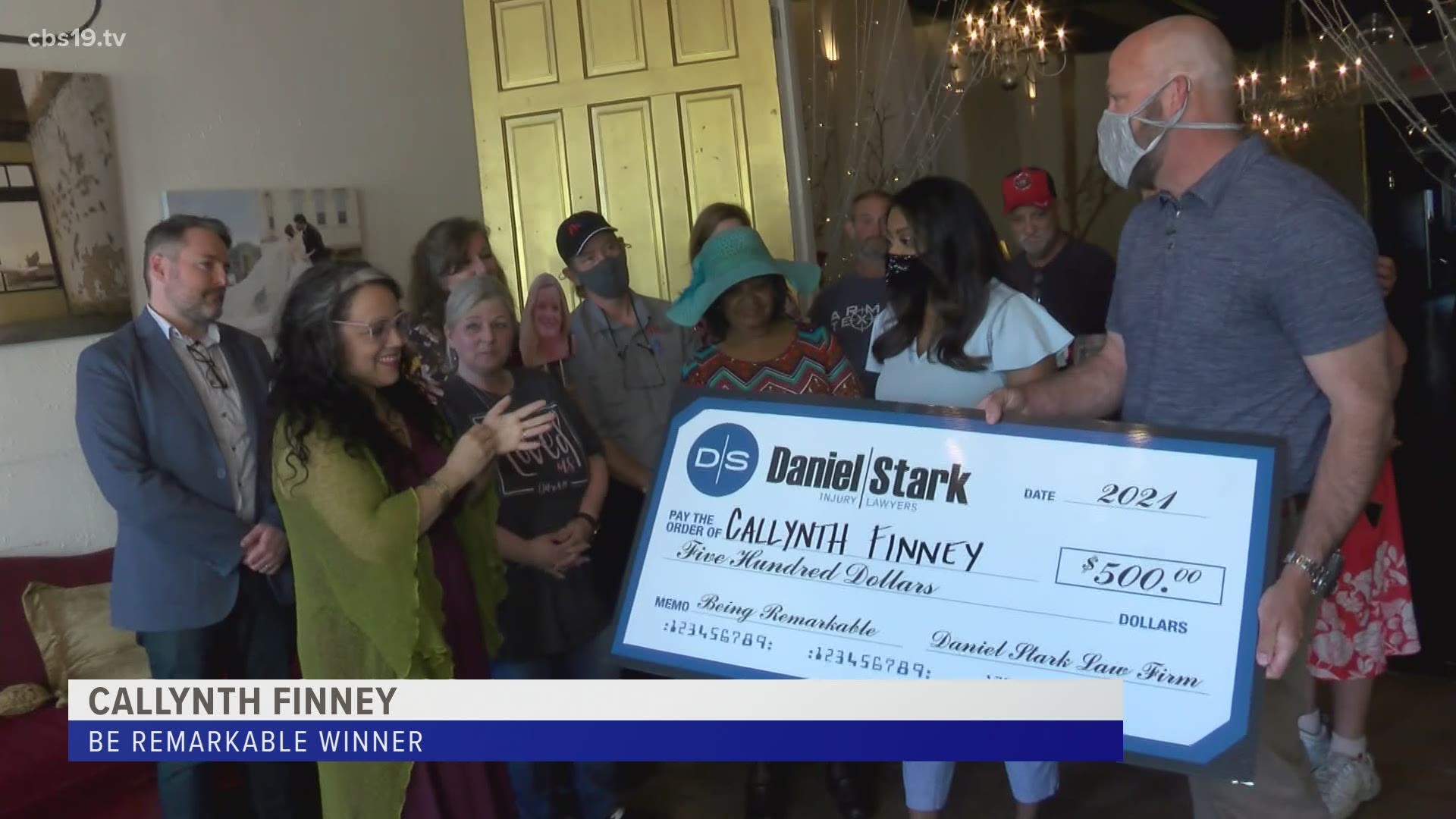 TYLER, Texas — Callynth Finney is definitely a remarkable woman. Just ask the more than 100 people who nominated her for the "Be Remarkable" campaign.

"We love the Lord," Finney said. "And the best way that we can truly love God is to love his people. So we are doing our best to be the hands and feet of Jesus and to be a good friend, to be a good neighbor to all of our neighbors, including those experiencing homelessness."

Finney is the leader of the "Tyler Street Team." They provide essential services for people experiencing homelessness in Tyler.

"Our desire is that as we grow, that every person experiencing homelessness in Tyler would be visited once a week by somebody on our team," Finney said.

They provide basics like food, clothing and even shelter but also friendship and mentorship.

"So we've asked people in the community, like yourself, to get on board and to say, I want to be a one on one mentor, I want to be a friend to one person and help them to get the documents that they need," Finney said.

The organization officially started after February's winter storm. During that week of frigid cold temperatures, they saw some of the dire needs of the community and decided to do something about them.

"When this storm came, and it was really cold, obviously, the first thing that's on our mind is our friends who are living outside," Finney said. "And occasionally we would be able to put one or two or three, or at the very most 10, into hotel rooms. This time, I just posted on Facebook, asking if anybody would be willing to give so that we could shelter as many people as possible. And the community of Tyler was so generous that we were able to shelter 177 people that would have otherwise slept outside."

In just two short months the organization went from an idea, to having more than 1700 volunteers, including nominator Gina King.

" When we got them off the street and put them in the hotel during the snowstorm, and all the donations that poured in, she was up for days, and she didn't sleep days," King said. "And so she's just inspired me. She was just a wonderful person."

Finney says it's more than just about giving items to people experiencing homelessness, it's also about letting them know that their situation in life does not mean that they are not still valued members of our community. One of the volunteers for the Tyler Street Team, Lee Richardson, says she knows first hand what it's like when it feels like the world has given up on you.

"One of the biggest gifts on the Tyler Street Team has given my community, which is not even probably their motive, is hope for a community. That actually the community has given up on, and was beginning to like drop and ignore," Richardson said.