The Smith and Wiggins families walked into Access2Mobility in Tyler on Wednesday expecting to get medical supplies and left with vehicles. 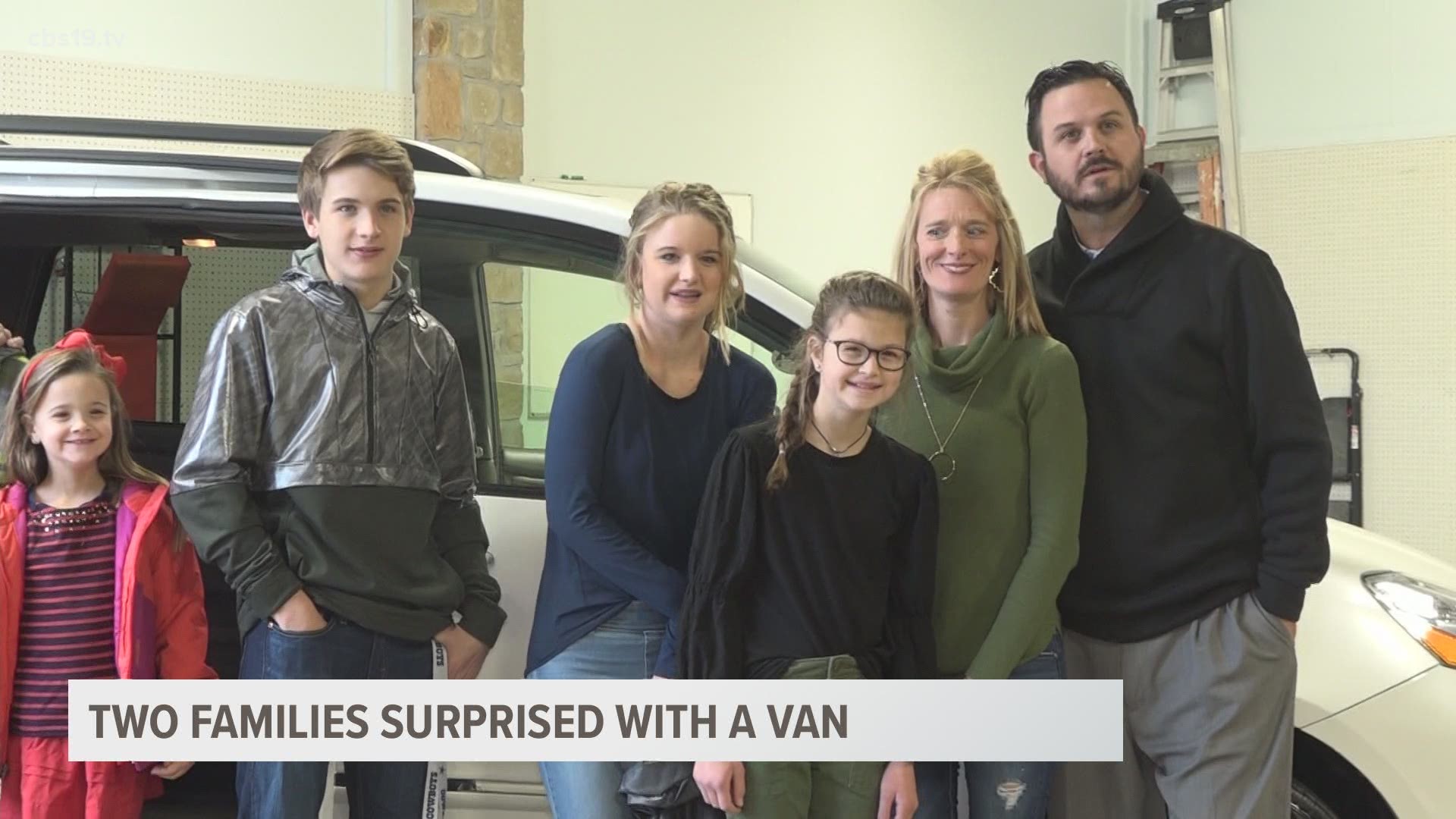 TYLER, Texas — Take the concept of giving and multiply it times two.

Representative Susan Harris was surprised with the donors' generosity.

“People just kept giving and I thought that was kind of neat," she said.

The Smith and Wiggins families were set to receive the wheelchair-accessible vans they’ve needed for their loved ones. That dream was finally becoming a reality and they had no idea.

CBS19 asked the Flory family, who donated one of the vans, "If you were to give [the family receiving the van] a message, what would you say to them?”

The Florys responded, “We pray that you get to enjoy it and have the freedom that my mom enjoyed.”

The family's mom, Sharon, died from Multiple Sclerosis earlier this year. This donation was in her honor.

The first to be surprised was Bryan Smith. He was brought into the room and asked, “Bryan do you know why you’re here? Do you see this van in front of you? Guess who owns that van?"

Just imagine that feeling — that weight lifting off of your shoulders

The next family to be surprised was the Wiggins.

When Jhyntre Wiggins' mom stepped into the room and was told the shiny white van in front of her was hers, she couldn't believe it.

Everywhere you turned were tears of joy and hugs so strong you could almost feel them yourself. There you have it- four families, two Toyota Siennas, and one very Merry Christmas.