Since 2015, lawmakers have been working on the posthumous Medal of Honor upgrade for Cpl. Waverly B. Woodson, Jr., a Black Army medic who worked during World War II. 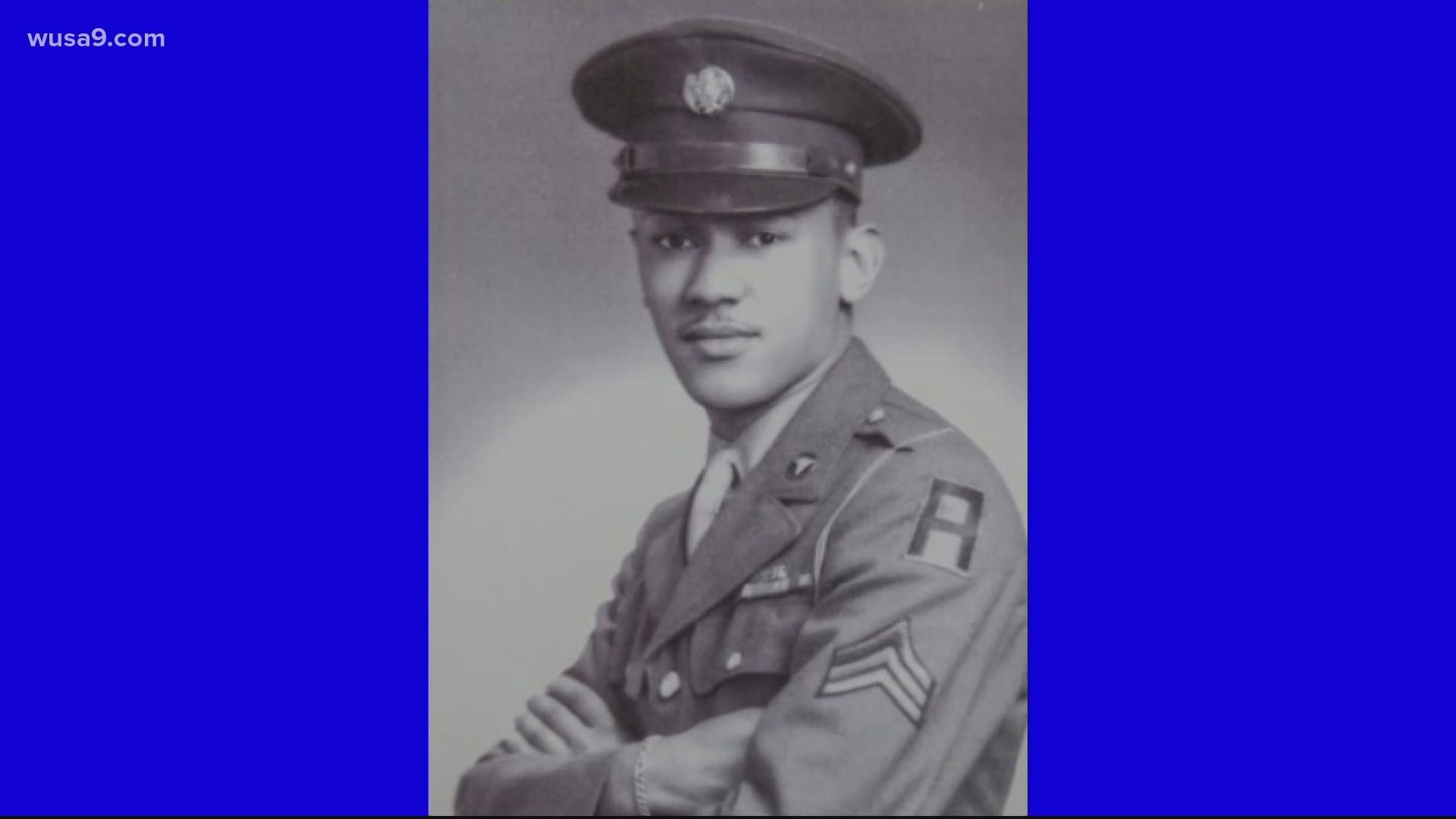 WASHINGTON — A group of lawmakers wants to posthumously award a Medal of Honor to a Black soldier for his heroic actions during World War II and the D-Day invasion.

Cpl. Woodson was previously awarded a Bronze Star, but as a Black Veteran, he was not considered at the time for a Medal of Honor, Van Hollen's office said in a release.

Van Hollen said he has pushed the Army to consider Cpl. Woodson, a Black Army medic assigned to the 320th Barrage Balloon Battalion during World War II, for an upgrade to the Medal of Honor since 2015.

Cpl. Woodson was with the only African American combat unit that landed on Normandy on June 6, 1944, according to the Associated Press. Despite having been struck by shrapnel while aboard his Landing Craft Tank and being wounded in his groin and back, Woodson spent 30 hours saving the lives of his fellow soldiers.

RELATED: Virginia attorney general: No one deserves to live in fear of discrimination

Cpl. Woodson's job was to set up explosive-rigged balloons to deter German planes, according to a release from Van Hollen's office. At a time when the military was still segregated by race, the balloon battalion was the only African American combat unit to land on Normandy on June 6, 1944, according to the Associated Press.

No Black Americans who served during World War II received the Medal of Honor until 1997 when seven Black service-members were awarded the Medal of Honor retroactively by President Clinton, according to the Associated Press. Cpl. Woodson made the shortlist for this but was not selected due to "a lack of documentation."

"For reasons beyond Cpl. Woodson's control, the documentation available has been determined by the Army to be insufficient to satisfy the standard used in other cases of retroactive medal upgrades," according to a release from Van Hollen's office.

"Cpl. Woodson was a hero who saved dozens, if not hundreds, of troops on Omaha Beach," Van Hollen said.

His wife, Joann Woodson, currently resides in Clarksburg. and is very involved in ensuring that her late husband gets the recognition he deserves. If awarded the Medal of Honor, Joann says she intends to donate it to the National Museum of African American History and Culture.

This Associated Press contributed to this report.

RELATED: 'I'm often the only one in the room who looks like me' | In military, officers still overwhelmingly white