The staff over at the center printed a life-size cardboard cutout of Patrick Mahomes to show support for the East Texas native ahead of the big game. 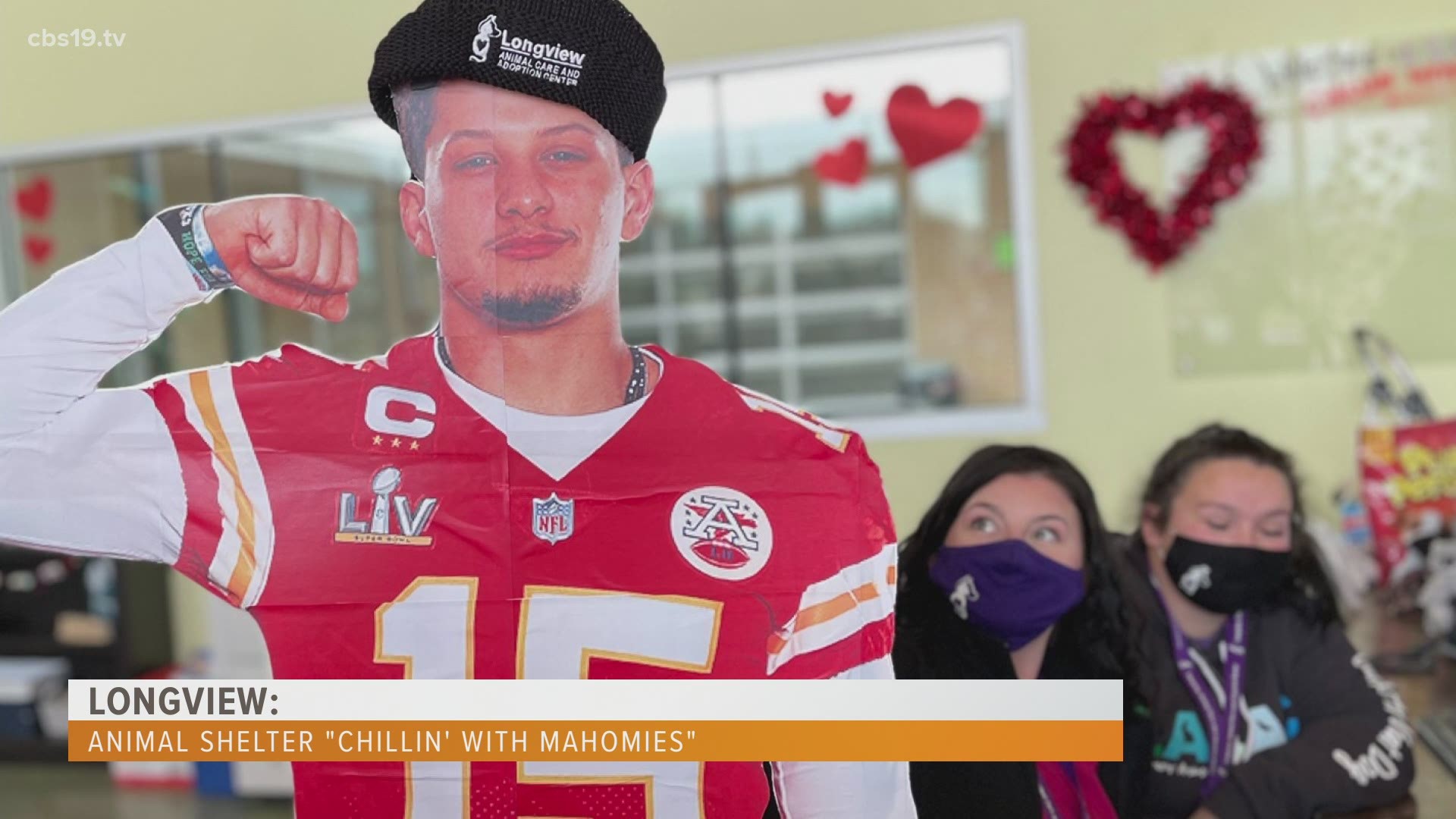 Since they know the Kansas City Chiefs quarterback is busy preparing for the big game, the center got creative and did the next best thing.

The staff over at the center printed a life-size cardboard cutout of Mahomes to show support for the East Texas native ahead of Sunday's championship game.

"Normally, we'll do Super Bowl-related items but it's really cool because we have an East Texas native, someone who is actually from our area who is in the Super Bowl and we are a shelter that prides itself on being a big part of the community," Animal Services Manager Chris Kemper said.

The cutout of Mahomes made its way all over the adoption center. Mahomes visited the stray dogs and kittens, watched the vets perform spays and neuters, and he was even nice enough to help with the laundry.

Kemper said this is all in an effort to get the community to laugh and come in to adopt the animals in need of a good home.

"I would tell people, come and see what we do, come down and look at the animals we have, the animals we have are not broken, they were abandoned, they have been neglected, but they are fantastic and have a lot of love to give," he said.

The pets were given football gear and Mahomes-themed names all week long ahead of the big game this Sunday.

Let's meet the starting lineup at the adoption center:

Magnolia Mahomes is ready for someone to come along and make her the quarterback of their team.  She is 10-months-old and ready to take you to the Super Bowl.

Sparky Mahomes is hoping you might want to add him to your fantasy football team just in time for the Super Bowl this year. Sparky is 8-years-old and has his adoption fee completely waived as part of the "free over three" promotion.

Nothing goes with a Super bowl better than chicken wings. Chicken Wing is 8-months-old and is ready to go home with you today!

Interested in adopting? The center is running a special Mahomes promotion until the end of the week. All animals under 3-years-old are $15, in honor of the quarterback's number.

If you adopt an animal older than three, you can take them home for free.

"I would encourage everyone to consider adopting, even if you are not in a position to adopt, there are other things you can do to support your local animal shelter," Kemper said.