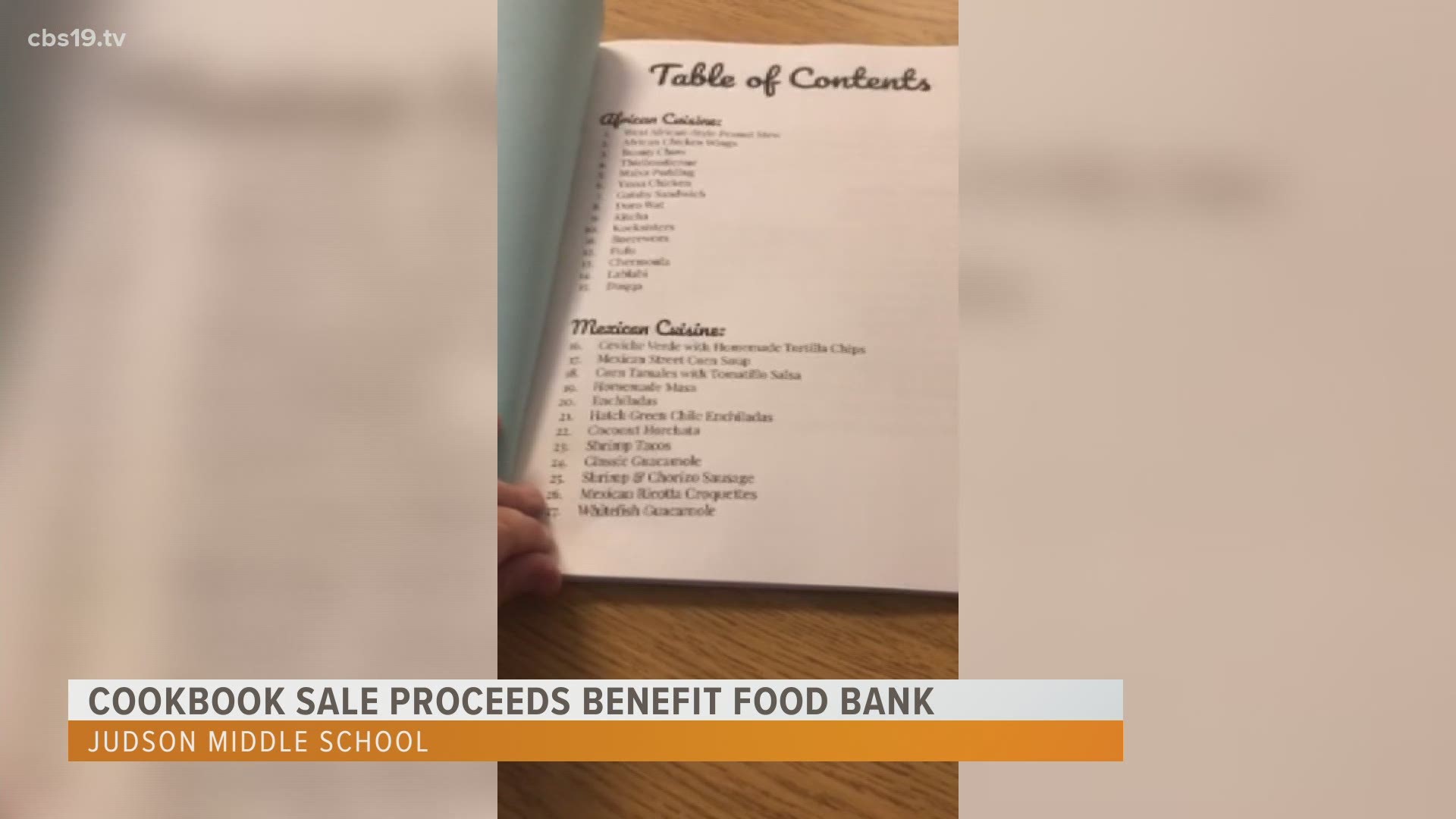 LONGVIEW, Texas — It's the season of giving and a group of students at Longview ISD's Judson Middle School are getting into the spirit.

They wrote a cookbook and decided to sell them to the community and use the funds they raised to help feed local families in need.

"It wasn't even how much money have we raised it was how many meals have we provided, English teacher Ashley Oden said.

"We came up with the idea for the cookbook because we were trying to do a cultural-based project and with the holidays coming the students thought it would be fun to talk about recipes and things that their own families do but we wanted to make it multicultural so that it impacted everybody especially the students at our school," Oden said.

The book titled, "Feed Me Differently" has an assortment of recipes from all around the world. The authors are the students and you can read their bios in the first few pages of the book.

The book started out as a normal class project but as it was coming together, the students said they wanted to do more with their creation and asked their teacher if they could sell the book to benefit the local food bank.

"We can do something with this to benefit other people so we started selling it at the campus level to raise money for our community that was in need of food," Oden said.

The students are really excited about their project.

"I feel pretty good about it because I just like being able to influence people and hopefully people from different schools can start doing this and support more people in the community that need it," sixth-grader Anthony Valanos said.

The class has raised $300 so far and made the initial donation Thursday... now the book sale is open to the entire district.

"It's a lot, it feels good, it feels really good and so we are gonna continue selling them I know they will be open to the district too not just Judson but the whole district can purchase them as well," Oden said.

The students want to keep giving the proceeds to the East Texas Food Bank.

TELL ME SOMETHING GOOD: The sixth-grade students over @LongviewISD are already making such an impact in this world!

The kids wrote a cookbook and raised enough funds to help the @ETFoodBank provide an additional 2,400 meals in Gregg County!https://t.co/fjrP6Kkn9F