TIPS: Fire prevention during the winter

House fires occur more in the winter than in any other season- certain household items are often to blame. 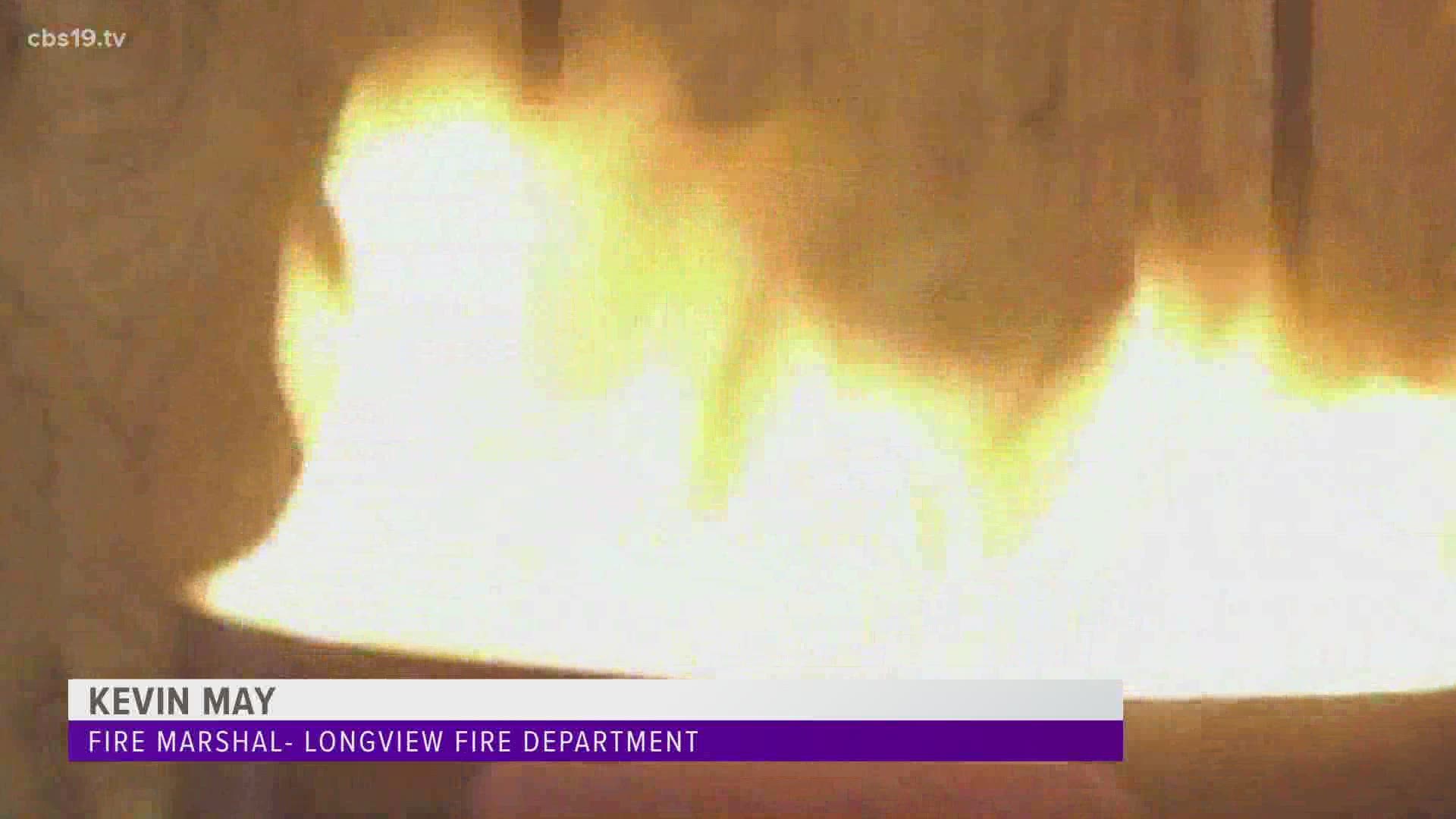 Longview Fire Marshall Kevin May said, “We call it an unattended fire.”

We asked, “if you forget a pot of boiling water on the stove, once that water boils down, can the pot itself catch fire? Or will it melt? What happens there?”

"So usually, the pot itself isn’t going to be what catches fire. It’s going to be ‘did you have anything in it?’” May said.

Unattended grease in the pot is a notorious fire starter. However, this is only the beginning. Taking a step outside the kitchen and into the living room, if you’ve got a space heater plugged in, be careful.

“The biggest problem that we have with space heaters is people putting them too close to what we call ‘common combustibles,’” May said.

The thing with space heaters is they need exactly that, space, and at least three feet of it. Another common mistake people make with their space heaters is plugging them into a power strip. You want to make sure you plug them directly into a wall to prevent overheating which could lead to a fire.

Those common combustibles could be your couch, your throw blankets, even your Christmas tree. If they aren't watered regularly, they dry out.

"And then you have the Christmas tree too close to the space heater or you have the wires from the lights get too hot,” Kevin said. “You get so many of those lights plugged in together that the outlets will start to get overloaded and start to overheat. You throw that in with the Christmas tree and you’re really starting to run up that fire hazard.”