The team, organized by Callynth Finney, provided motel rooms for 177 homeless people in Tyler. Now, the team is working to give them a chance to get off the streets. 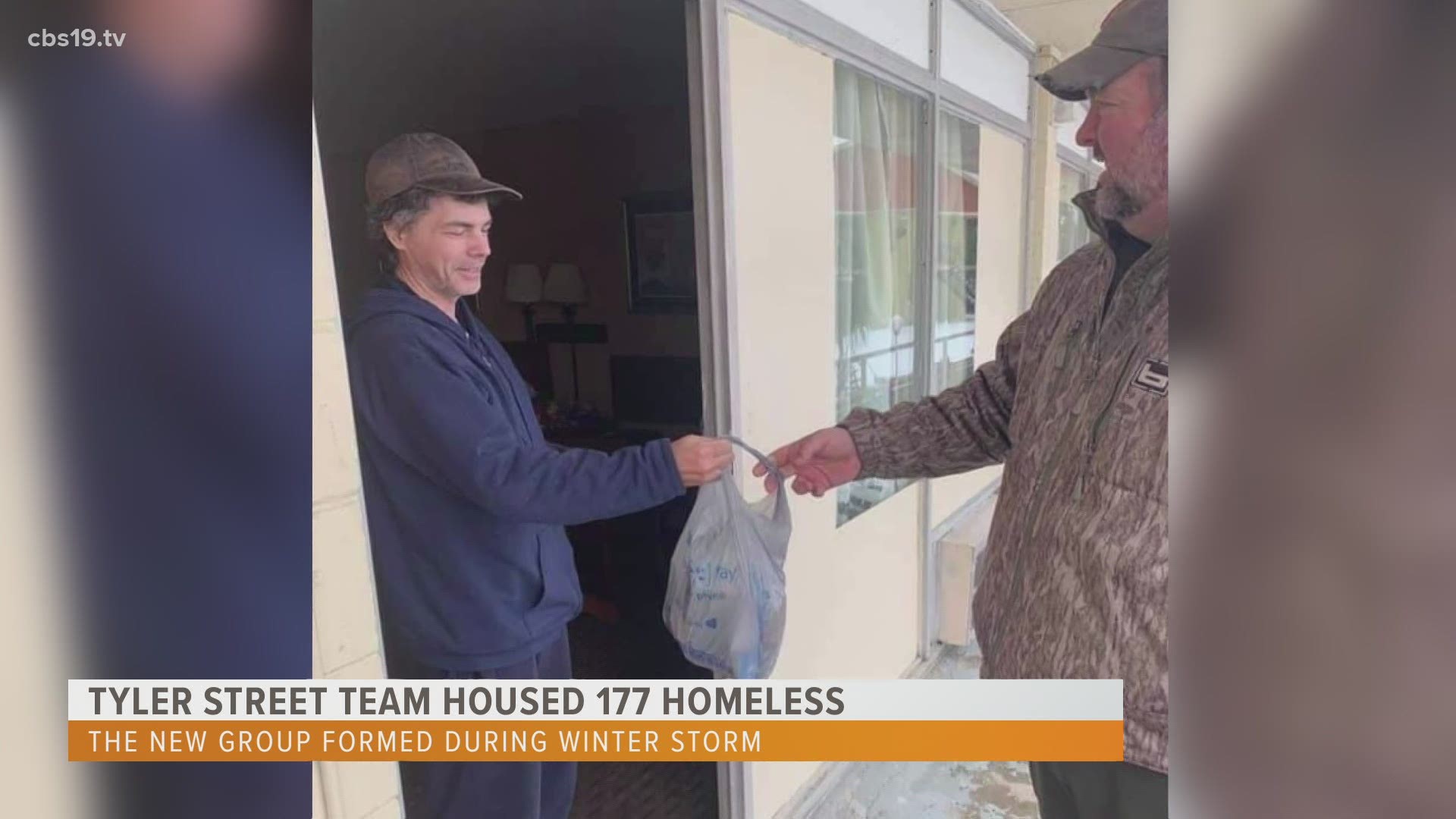 The driving force behind the group was Callynth Finney, a good samaritan who wanted to help out those in need. According to the National Weather Service, without the proper winter gear frostbite can occur in just 30 minutes, depending on the temperature and wind speed.

"I had a conversation with some guys outside and they said "it's so cold, if we weren't here we'd be sleeping in this," Finney said.

With the help of her friends and community members, the Tyler Street Team raised enough funds to book motel rooms for about 10 days, gathered enough food donations to feed them the entire time, and helped provide clothes and winter gear.

He was especially thankful because he was able to take a shower for the first time in 12 years during his motel stay.

"We just said, 'We are going to give you the opportunity to never have to be on the streets again. Do you want to take it? Do you want to do it? You're gonna have to give up your freedom but you are gonna have much greater freedom after being in this program for a year,'" Finney said.

Even Tyler Mayor Don Warren took notice of the efforts the group provided during the storm. He wrote the group a message saying,

"As Mayor of our great city, I can’t thank you all enough for everything that you have done throughout this weather event taking care of our homeless population. One of the high points of this past week has been seeing people helping people. As I like to call it, loving thy neighbor. You all have stepped up and you make our city an even better community! Thank you!!!"

For more information on this organization and how you can help you can join the Tyler Street Team group on Facebook.