ACTIVE SHOOTERS: Why do they do it?

Crisis experts weigh in on an age-old question. 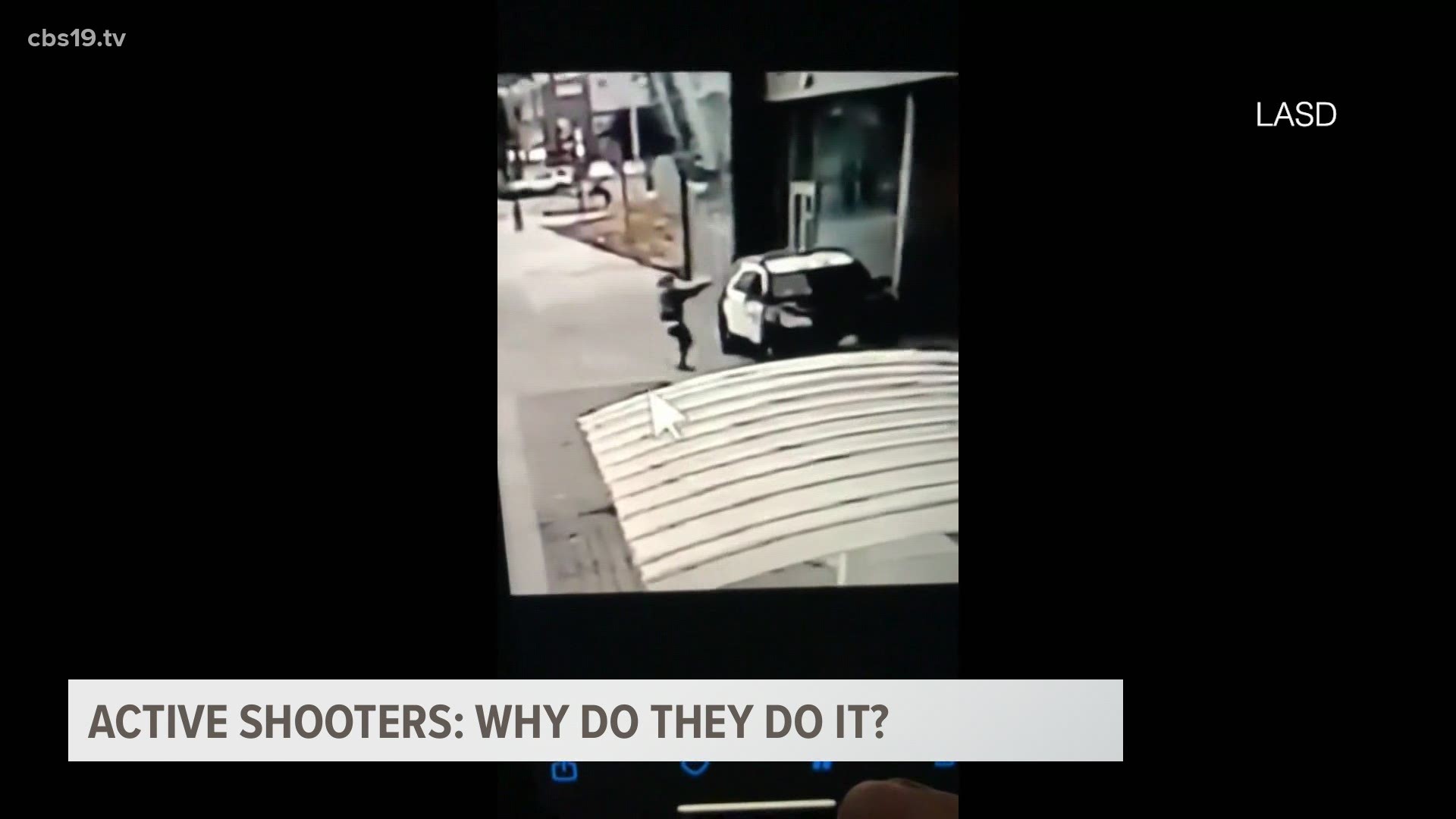 TYLER, Texas — "In our houses of worship, that we have to fear for our safety is unconscionable to me,” said Bonnie Cook, a mental health executive and wife to a Methodist pastor. "It does touch me in a different way.”

The person responsible, Mytrez Woolen, is one of the countless active shooters who have been charged with murder in the United States.

Crisis expert and behavioral analyst, Dr. Rebecca Cowan, helped us get to the bottom of this.

"There's usually some sort of an acute crisis that occurs or grievance that kind of propels them onto what we call the pathway to violence,” she said.

The pathway to violence has a formula.

“Whether that's a loss job, or it could be a breakup, no matter what that is, they feel like they've been treated unjustly in some way. So they're attempting to seek revenge," she said.

Revenge is the number one reason that Cowan sees time and time again. Another is something called a Contagion Effect.

"Research shows that once an attack once a mass shooting occurs, risk for subsequent attacks remains elevated over the next 13 or 14 days," Cowan explained.

She also says we may be adding fuel to the fire. “The more we talk about mass shootings, the more that we publish images and perpetrators' names in the media on the news, the more likely these attacks are going to continue to occur. That's empirically validated by research.”

She offered one final effort that everyone can make to prevent active shootings.

RELATED: LIFE-SAVING ADVICE: What to do in an active shooter scenario