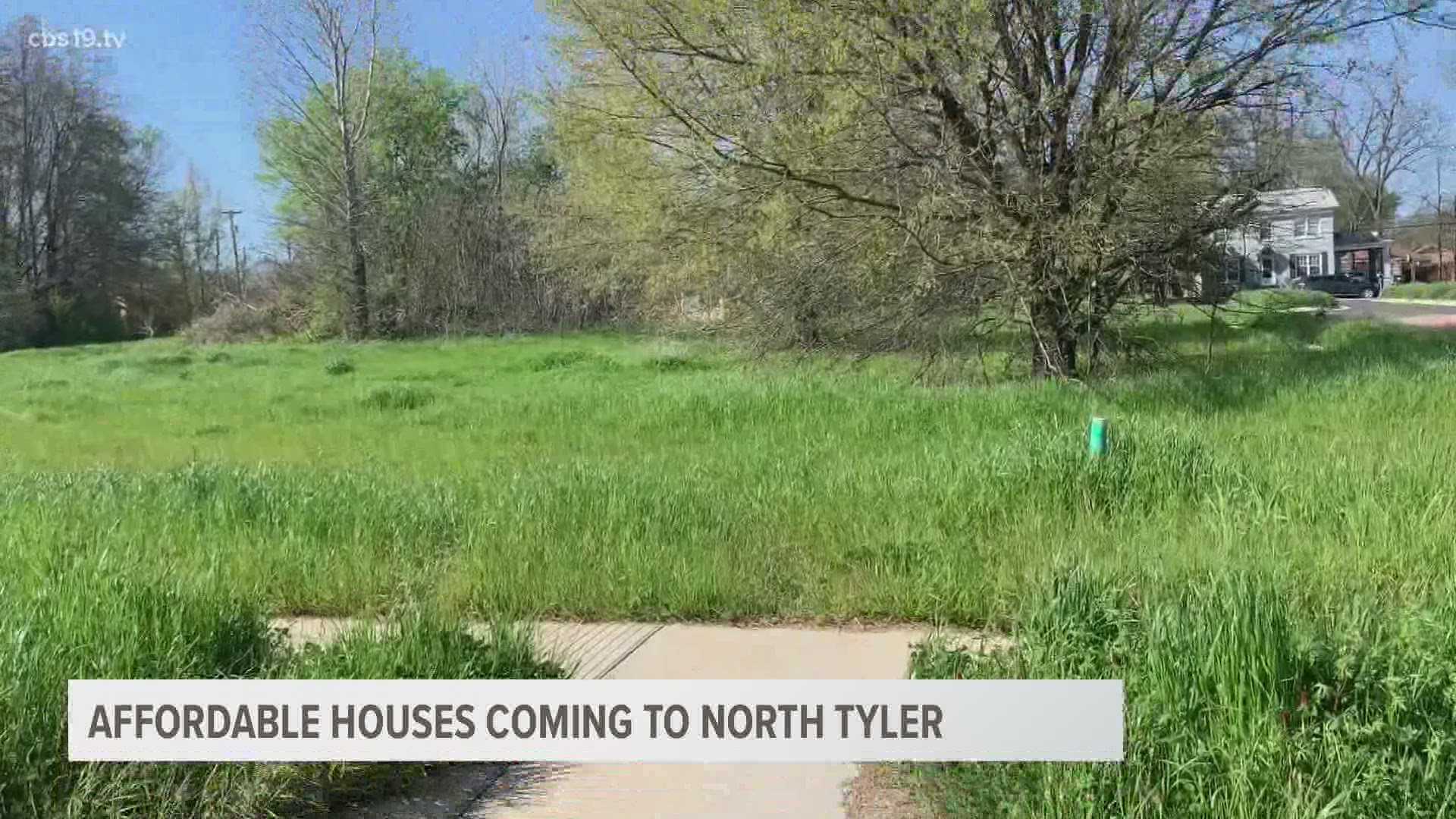 TYLER, Texas — Construction will begin this summer on 11 homes in North Tyler for the Hidden Palace affordable housing development.

The Tyler City Council approved a more than $1.1 million contract to McAlpine Homes Wednesday to build the homes behind Fire Station Number 1 off Palace Avenue and Queen Street. Tyler's Community Development Block Grant funds will cover the costs for the project.

ReNissa M. Wade, Tyler’s managing director, says the City has been working on Hidden Palace for the last three years and they're excited to be moving closer to having it finished. However, not all of the homes will be built at once.

"There's going to be two phases, so the first set of homes will be built and it's going to be six or seven homes," she explained. "Before we can start phase two, which will be the remaining five or six, then we have to sell four of the homes. So, we're doing it in phases based on revenue coming in."

Although Wade says the City is unsure of when Phase 1 will be complete, they've already had an interest in some of the homes.

In 2019, the City received approval from the U.S. Department of Housing and Urban Development (HUD) for the project. Under HUD's guidelines and standards, the homes must be sold at $180,000 or less and to low-moderate income families.

"The house that we're proposing with all amenities is right at 168,000," Wade said. "And we're still a little concerned about the affordability factor for that. The way that we are overcoming that area, and we're mostly talking about for the citizen, is by making sure to partner that when our First Time Homebuyers Program"

Under the City's First Time Homebuyers Program, someone who applies for the development could receive $25,000 for HUD Initiatives Homes (with a 10-year lien) in down payment and closing costs assistance. Wade says there are other costs that the City cannot help someone afford.

"We can't help with as far as the closing costs, we can't pay the taxes for you. we can't pay the homeowners insurance for you, we don't pay for certain appraisals, you'll have to pay for those things on your own," Wade said. "For the citizen, it's going to be important for them to consider what they will be able to afford."

The homes will be about 1,300 square feet craftsman style with a carport. Each are being designed with vinyl flooring, quartz countertops, a kitchen island, farmhouse sinks, a desk space, a water-room with a shower, and free-standing bathtubs in the master bathroom. Instead of facing the street, the houses will face a shared green space area.

"We're really wanting people to walk into their home and really have a sense of pride and a great sense of, 'I can see myself being here for a number of years,'" she said.

Wade says the City plans to use the funds from Hidden Palace in the future to bring more rooftops to North Tyler as part of the Tyler 1st Comprehensive Plan.