The DNA Doe Project has not revealed Lavender Doe's identity publicly and says, at the request of the Gregg County Sheriff's Office, no further details will be released at this time, as the investigation is ongoing and pending trial. 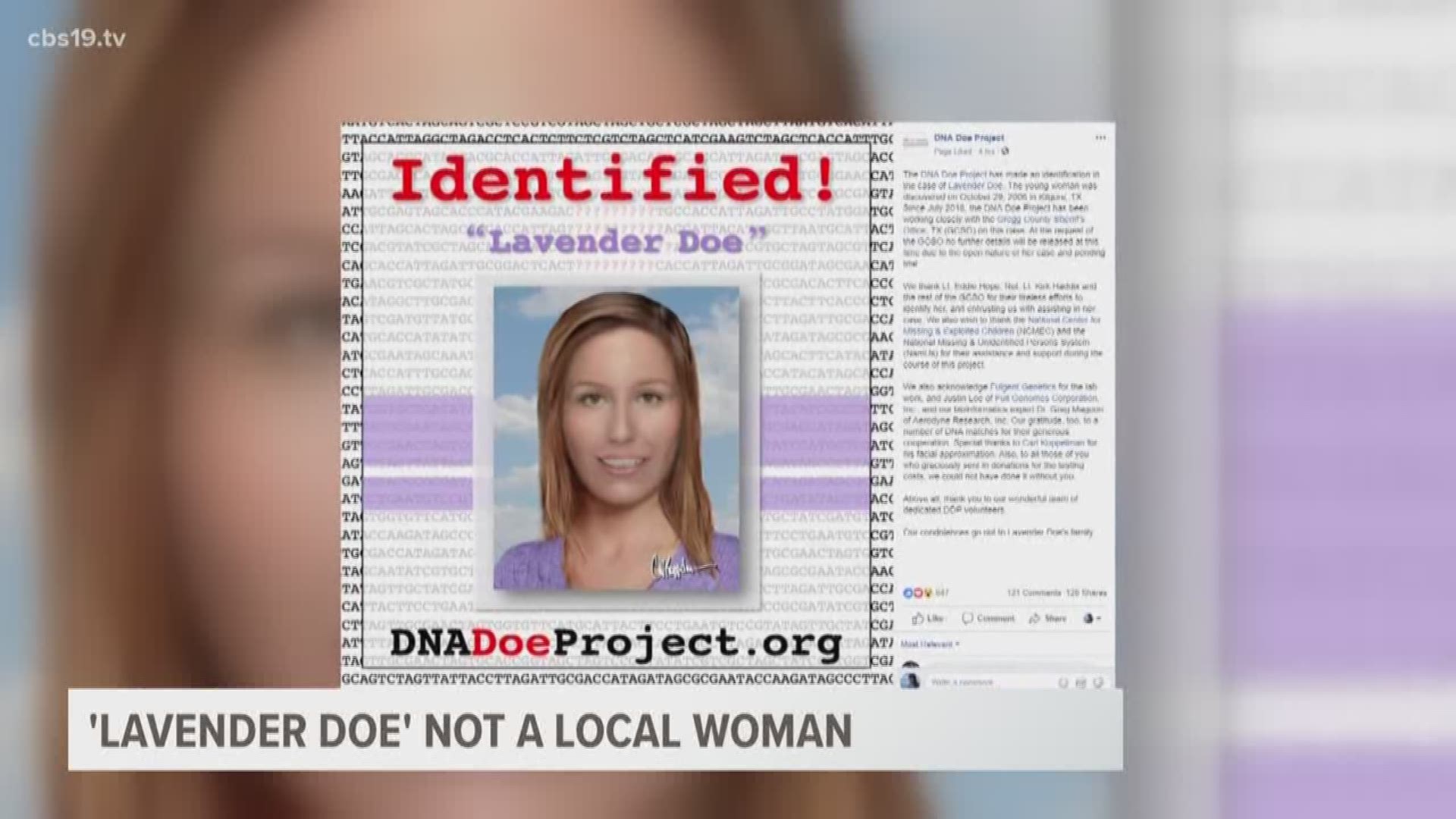 GREGG COUNTY, Texas — Lavender Doe, whose charred body was found on October 29, 2006, just north of Kilgore, now has a name.

The DNA Doe Project, a nonprofit organization that works with law enforcement to identify victims, made the announcement on social media Tuesday afternoon.

The Gregg County Sheriff's Office says they have notified the woman's family of her identity. However, the GCSO will not release the name so they don't hinder the investigation. They did confirm the victim is not local.

“Thanks to the help of the DNA DOE project and their supporters, we were finally able to get 'Lavender Doe' identified,” Lt. Eddie Hope said, who's been working the case since 2006. 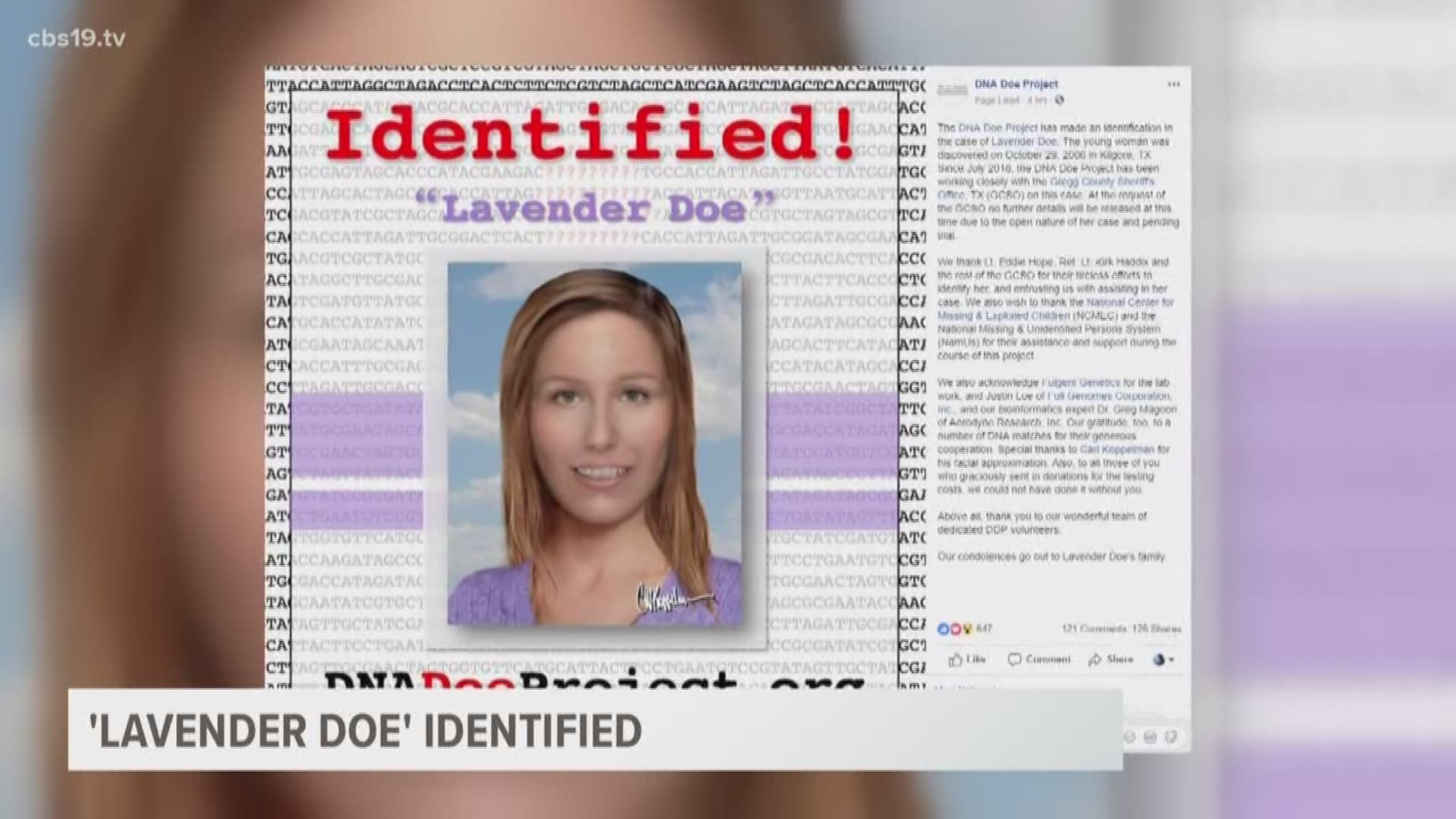 "They were able to actually identify 'Lavender Doe' and that's a really big deal because it is going to have the ability to bring closure to the family," Lt. Joshua Tubb explained, "because she has a mother a brother a family, people who love her out there."

The revelation comes about five months after the arrest of Joseph Wayne Burnette, 41, of Longview. Officials say Burnette confessed to killing Lavender Doe and Felisha Pearson.

So far, no information has been brought forth that conflicts with Burnette's confession, according to the GCSO.

CBS19 spoke with Kevin Lord, the Texas Team Leader for the DNA Doe Project, about the organization's work.

"The DNA Doe Project uses DNA and genetic genealogy to help identify Jane Does or John Doe's unidentified remains that have been found and has so far eluded  identification," Lord explained.

While Burnette has confessed to Lavender Doe's murder, he did not provide her name.

The organization raised enough money to have her DNA tested.

"We sent the go ahead to the DNA lab that we use to begin the DNA sequencing and we had used evidence that was sent by the University of North Texas Health & Sciences Lab," Lord said.

He explained volunteers start researching unidentified cases to come up with possible candidates, and through genealogy and DNA testing, they are able to map family trees and attempt to narrow the possibilities down to one candidate.

"We try to test a close family member," Lord said. "Someone in their immediate family, and then that provides the verification."

The DNA Doe Project received that verification on Sunday. From there, they passed along their findings to the GCSO.