The Tyler Police Department worked with the Henderson County Sheriff's Office to help make the bust. 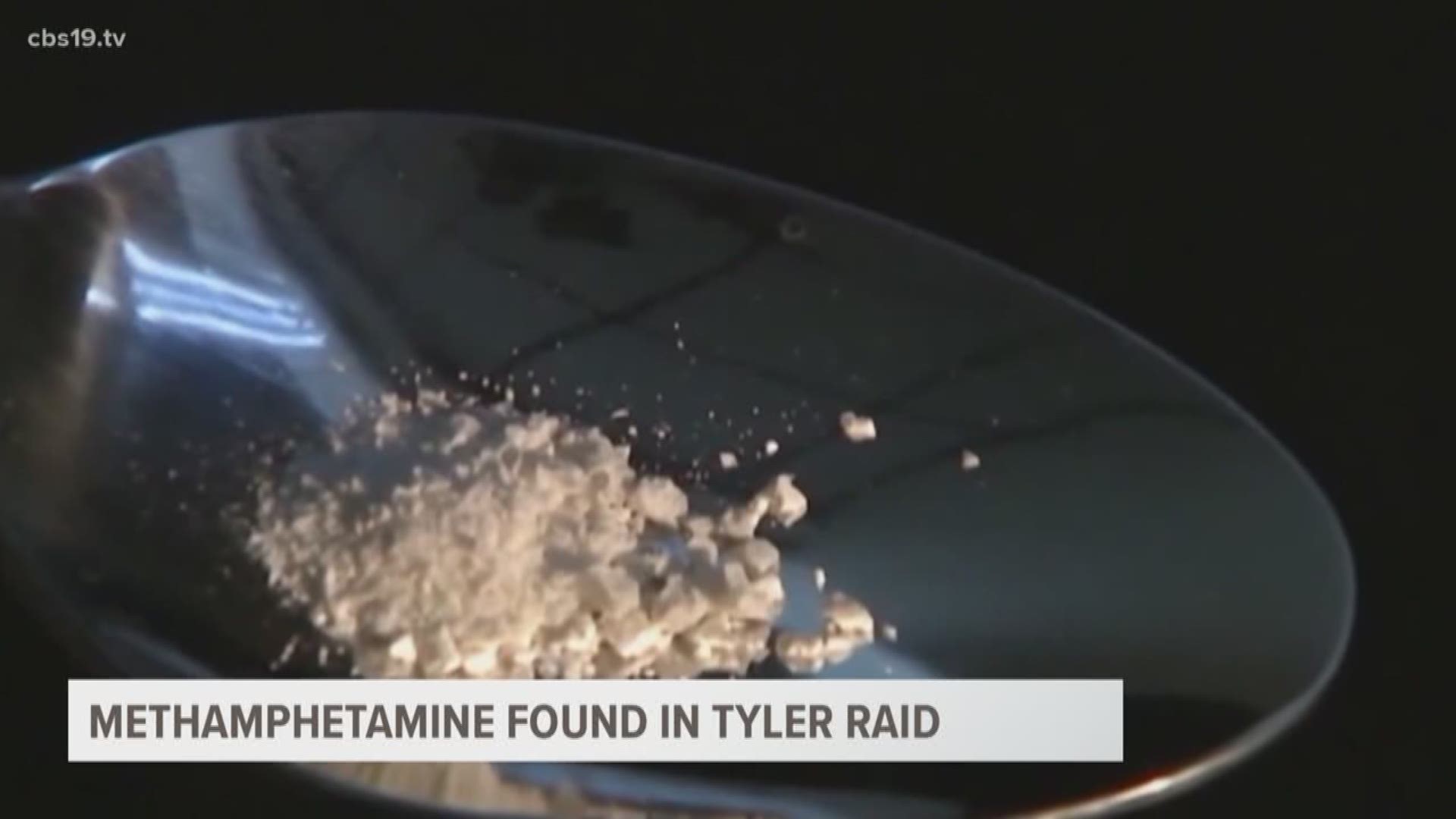 "They opened their arms and we told them what the investigation that we were looking at and believe we had enough to tie in a search wall for residence over there," Henderson County Sheriff  Botie Hillhouse said.

According to the HCSO, at about 10:30 p.m. Tuesday night, a Henderson County narcotics team and Tyler police raided an apartment at Eastwood Apartments, seizing a half-pound of meth worth about $20,000. Officers also seized heroin, cocaine, crack, drug paraphernalia and a gun.

Teresa Michelle Steppe, 53, was arrested and charged with manufacture and delivery.

Steppe was arrested last week by the HCSO in Chandler.

Charles Sanchez, 52, was arrested and charged with manufacture and delivery.

Christopher Lovelady, 34, was charged with dealing and possession of a firearm by a convicted felon.

Courtney Singleton, 34, was charged with possession.

Sheriff Hillhouse says it is one of the largest busts he has seen since becoming sheriff in 2016.

So far this month, the Henderson County Sheriff's Office has helped make multiple drug busts that removed $55,000 of  meth from the streets.

While police say they are happy that the drugs and weapon were seized, Kevin Moree, the CEO of Life After Meth Ministries, says he is concerned about the frequency of arrests in East Texas.

"It's becoming more and more rampant," Moree said. "More and more available and those who are involved in that industry have become a lot more bolder."

Treatment for meth addiction is not the same as other drugs. Unlike opioids, who use methadone to ease of their addiction, there is no FDA approved method to get off the drug.

"We just have to keep fighting, do everything we can to keep it off the street," said Hillhouse.