Students, staff, and friends showed up to mourn the loss of the 21-year-old student. 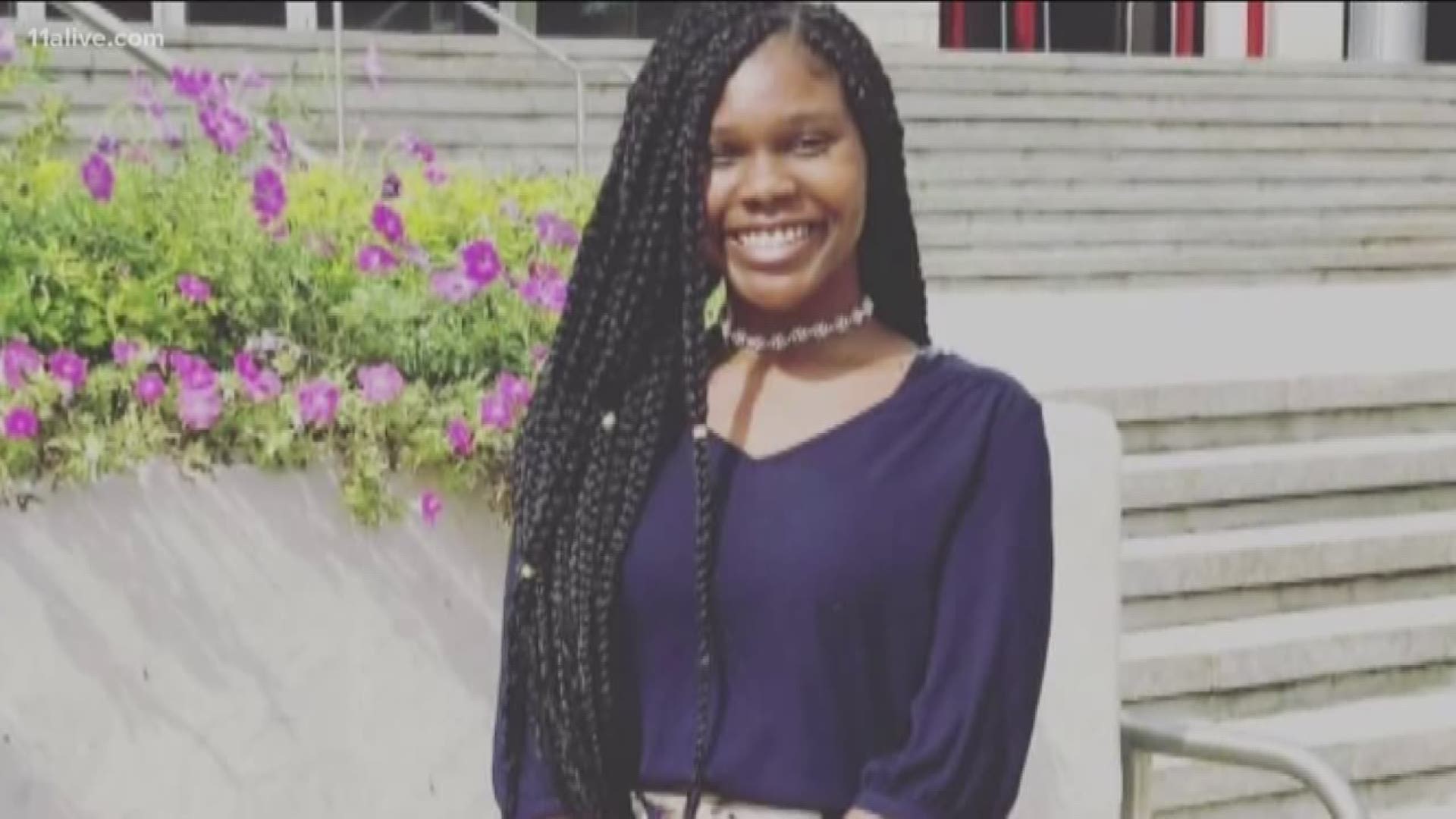 ATLANTA — Friends, classmates and others touched by the shocking death of Clark Atlanta University student Alexis Crawford gathered Sunday evening for a candlelight vigil on campus in her memory.

She was initially reported missing on Nov. 1 - just days after police said she had reported that she was sexually assaulted by her roommate's boyfriend. Her body was found on Friday in a DeKalb County park.

On Saturday, the medical examiner's office determined that the cause of Crawford's death was asphyxiation. Police charged Alexis' roommate, Jordyn Jones and Jones' boyfriend, Barron Brantley, with malice murder in her death.

Jones was the last person to see Alexis alive. Investigators said that one of the suspects led them to Alexis' body.

Jones turned herself in to authorities on Saturday and is scheduled to make a first court appearance on Monday. Both remain in custody in the Fulton County Jail without bond.

On Sunday evening, people gathered at Clark Atlanta University for a candlelight prayer vigil, a chance to lift spirits on campus, after one student said on Saturday that a lot of people have been on edge.

“The mood has been very hard," admitted Levon Campbell, Jr., the Student Government Association undergraduate president for Clark Atlanta. "A lot of students have been trying to take into what happened and try to find answers to something we can’t find answers to.”

Students leaders like Campbell organized the vigil to give students a chance to remember the young woman in a positive way.

While Crawford's family was not at the vigil, the crowd prayed for them, just the same, and sent extra love to her brother, who is also Clark Atlanta student.

Crawford's family has released funeral information for her, saying they are "truly grateful by the outpouring of love and concern they have received."

Funeral services will be held next Saturday, Nov. 16, at Hill Chapel Baptist Church in Athens. The family is requesting that any cards, condolences or memorials be sent to any of the Gregory B. Levett and Sons Funeral Home locations. For more information, they can be reached at 404-241-5656.

News of her death has rippled through the AUC community. Students on the AU Center campus have been heartbroken by the news.

"My reaction was definitely that it's frightening," said Morehouse student Denton Garrett.

"I'm not really sure how other people are reacting to it or how they are feel about it, but it makes me feel kind of uneasy," said Camille Dash, a Clark Atlanta student.

The school said they were going to offer grief counselors available in the next week. But for so many students Sunday night, they wanted to keep the focus on the way Crawford lived, instead of the way she died.

Alexis Crawford cause of death released