Shooter was denied entry due to intoxication, then claimed he was a UFC fighter before shooting people outside the REBAR on San Antonio's north side, police said. 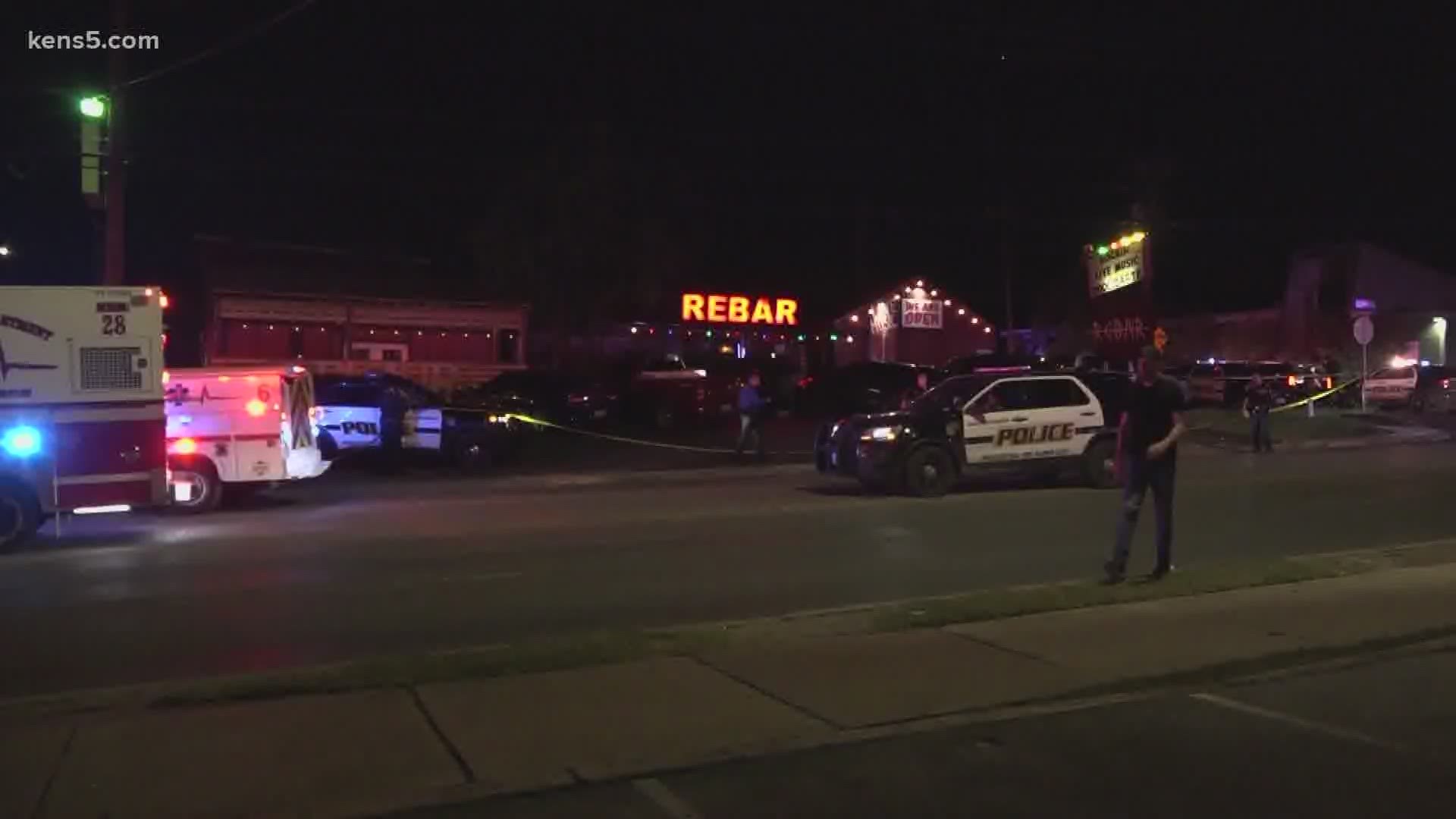 SAN ANTONIO — Eight people were shot in the parking lot of a northside bar around 11:30 p.m. Friday after a man was denied entry due to intoxication, police said.

San Antonio Police Chief William McManus said the shooting started in the parking lot of REBAR after a group of people came from the bar across the street and were denied entry.

One of the men allegedly told the bouncer he was a UFC fighter from California before returning to his car across the street and retrieving a gun.

Chief McManus gives media briefing on shooting with multiple victims on the 8000 block of Broadway.

"He walked back to his car, pulled out a long rifle, walked back across the street, and he opened fire," McManus told media at the scene on the 8100 block of Broadway, near Loop 410 and U.S. Highway 281 in San Antonio.

The chief said that all eight victims are in stable condition, and the most serious injury was a shot in the back. However,all are expected to survive. There were five female victims and three male victims, between the ages of 23 and 41.

Chief McManus said two were grazed and did not accept treatment, and the rest transported themselves to area hospitals.

This is a developing story. Watch for updates at KENS5.com.