The family is offering a $3,000 reward for information that leads to the suspect. 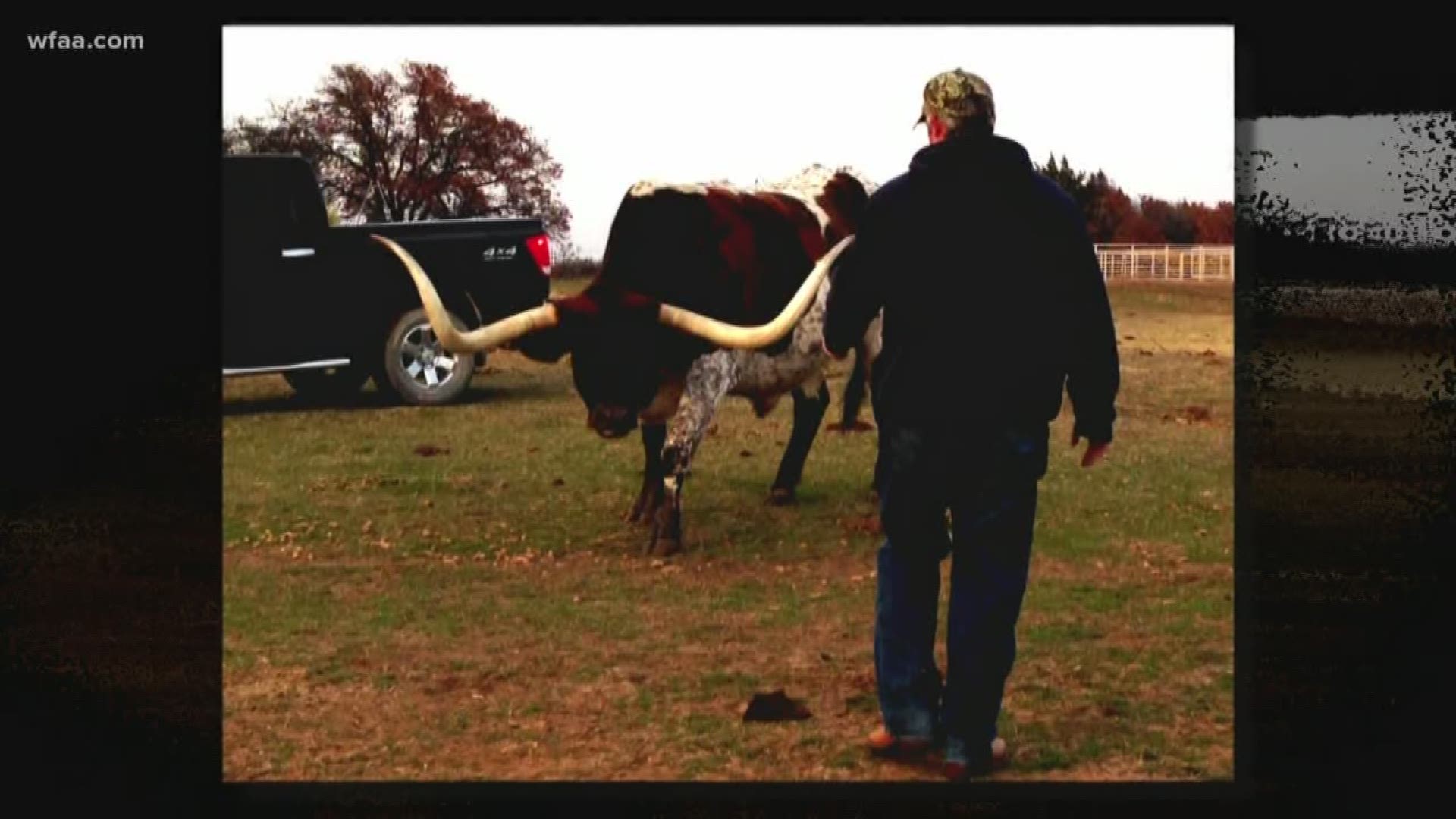 MONTAGUE COUNTY, Texas — A couple in Montague County is asking for answers after their 13-year-old longhorn named Bud was shot and killed last week.

Paul and JaLonn Stanley care for a handful of longhorns on a 100-acre ranch near Saint Jo.

“We hand feed them. We love them. We take care of them all the time,” JaLonn Stanley said.

Paul believes the shooting happened early Tuesday morning when a driver spotted Bud, pulled off next to their gate, and shot him twice from about 75 yards away.

“Every time we drive down the road we look over to where he passed away and it tugs at the heartstrings,” Paul Stanley said.

He describes Bud as majestic with thick horns that went about 8 feet across.

“Longhorns are Texans,” JaLonn said. “They’re the symbol of Texas.”

Even the herd is grieving.

“When I found him, they were all gathered around him, distraught,” Paul said.

“They just take care of one another and now one of them is gone,” JaLonn said.

A Facebook post begging for tips has around 6,000 shares. They’ve put up a $3,000 reward with offers from other ranchers to help increase it.

“I think if it gets high enough someone’s gonna squeak,” Paul said.

They’re missing a friend and family member and want answers.

“Doesn’t make sense,” Paul said. “Why would somebody do that?”

Call at the Montague County Sheriff’s Department at 940-894-2871 with information.

Family increases reward to $30,000 in fatal shooting of Garland man who confronted burglar

'This is not hunting. This is flat out cruelty': Bobcat shot in eye with dart now recovering at wildlife center