At this time, what happened to the boy has not been confirmed, but he had to be treated for life-threatening injuries. 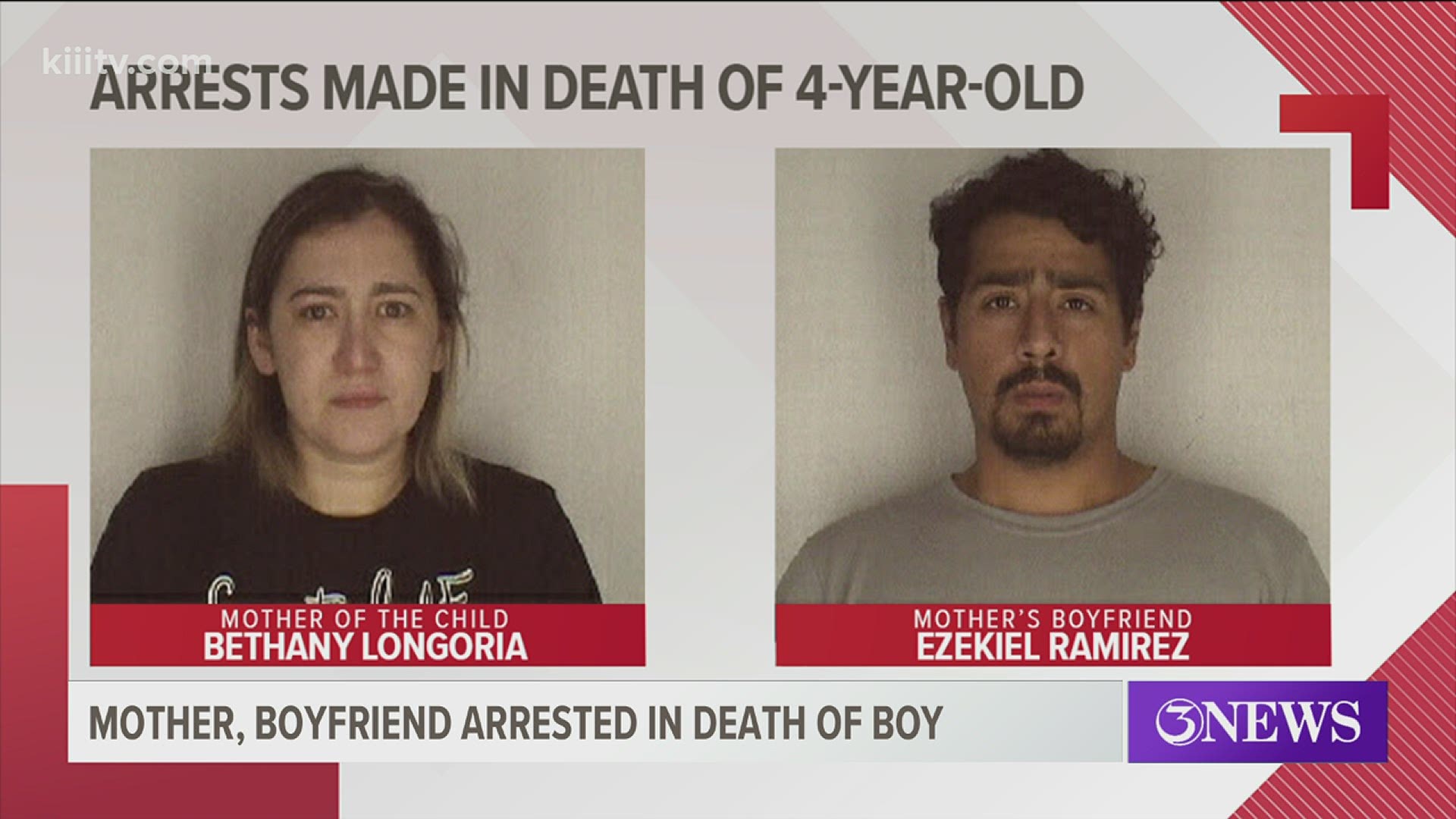 CORPUS CHRISTI, Texas — On Friday, June 4, Corpus Christi police officers were called out to a local hospital for an injury to a child around 4:30 p.m. That's where four-year-old Knox Longoria was being treated for life-threating injuries, police said.

At this time, what exactly happened to Longoria has not been confirmed, but he had to be treated for life-threatening injuries. He later died at the hospital, according to police.

An investigation began shortly after the incident and that's when police said two warrants were put out for the Longoria's mother, 27-year-old Bethany Longoria, and her boyfriend, 27-year-old Ezekiel Ramirez.

This is still an active and ongoing investigation. If you have any information pertaining to this incident, you are encouraged to call the Corpus Christi Police Department at (361-886-2600).

Anyone who would like to keep their identity secret and still provide information to Detectives should call Crime Stoppers at 888-TIPS (8477).

RELATED: Mother arrested for injury to a child charges after baby girl dies in Nueces County

For the latest updates on coronavirus in the Coastal Bend, click here.