Police believe the interior of the car was in excess of 123 degrees when they arrived on scene, according to the affidavit. 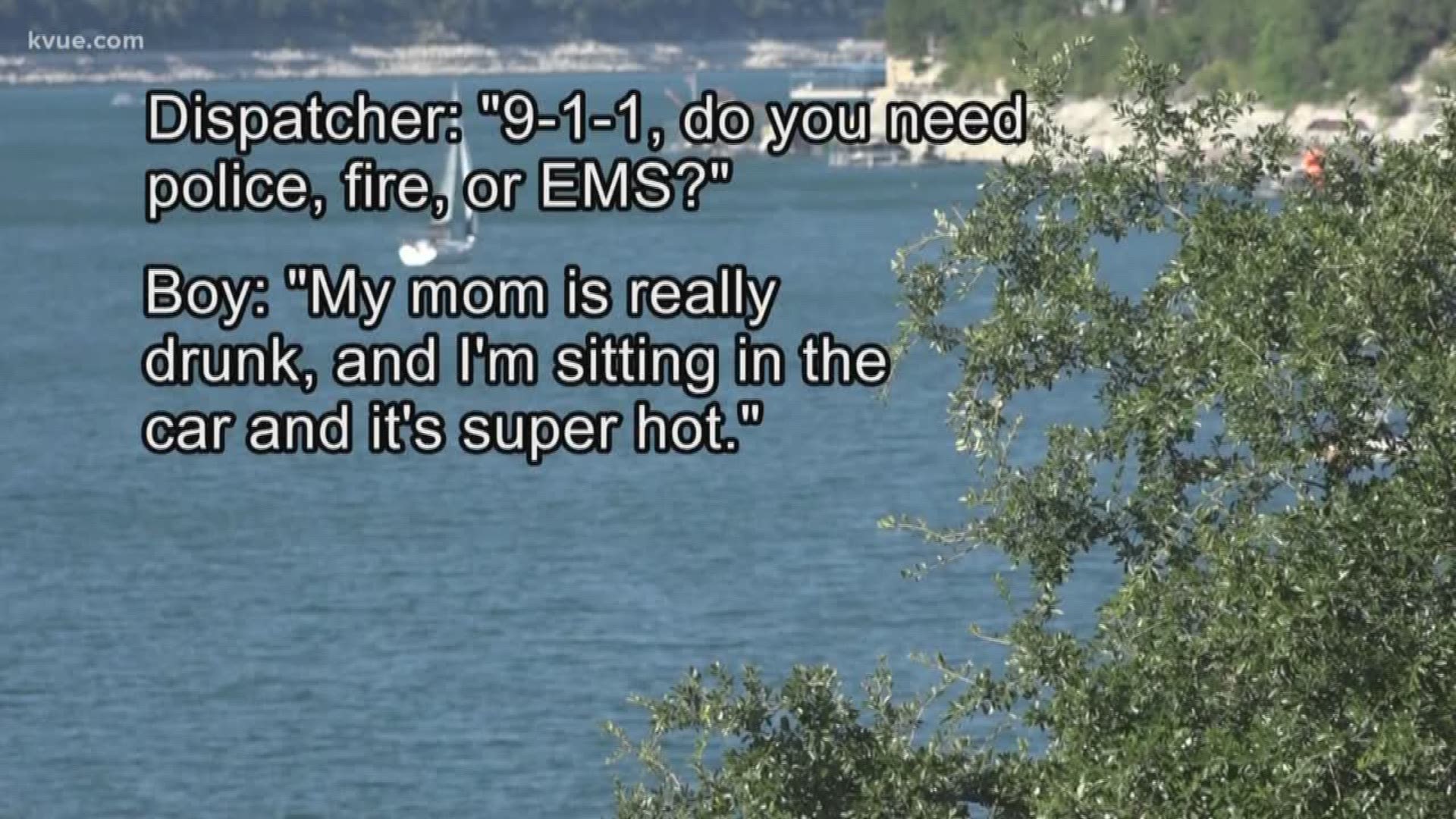 LAKEWAY, Texas — Lakeway police have released the 9-1-1 audio recording of a boy whose mother allegedly locked him in a hot car while she was passed out "drunk" in the front seat.

"My mom is really drunk and I'm sitting in the car and it's super hot," the boy can be heard telling the dispatcher on July 21. "I'm in the car in the back seat, and she won't turn the ignition on."

With no AC and the windows up, the dispatcher tried to get the boy to convince his mother he needs some cooler air, according to the recording.

She's heard mumbling in the background before the boy tells the dispatcher, "She said no."

What happens in your brain when kids are left in cars

Police said while they were on their way to the scene, the temperature was 104 degrees outside.

When police arrived, they reportedly found the suspect, identified as Adriane Grace Moss, 34, getting out of the driver's seat of the car.

The victim reportedly told police that he woke up inside the vehicle after it was parked. Police said the victim was locked in the car for approximately one hour.

According to police, Moss showed signs of intoxication and was placed under arrest.

Police believe the interior of the car was in excess of 123 degrees when they arrived on scene, according to the affidavit.

According to online records, Moss is not in police custody. Moss' bond is set at $15,000 and she has been charged with abandoning and endangering a child.