Officers were called to the Village on Telluride apartment complex on a report of a "burglary of a habitation" on June 5. 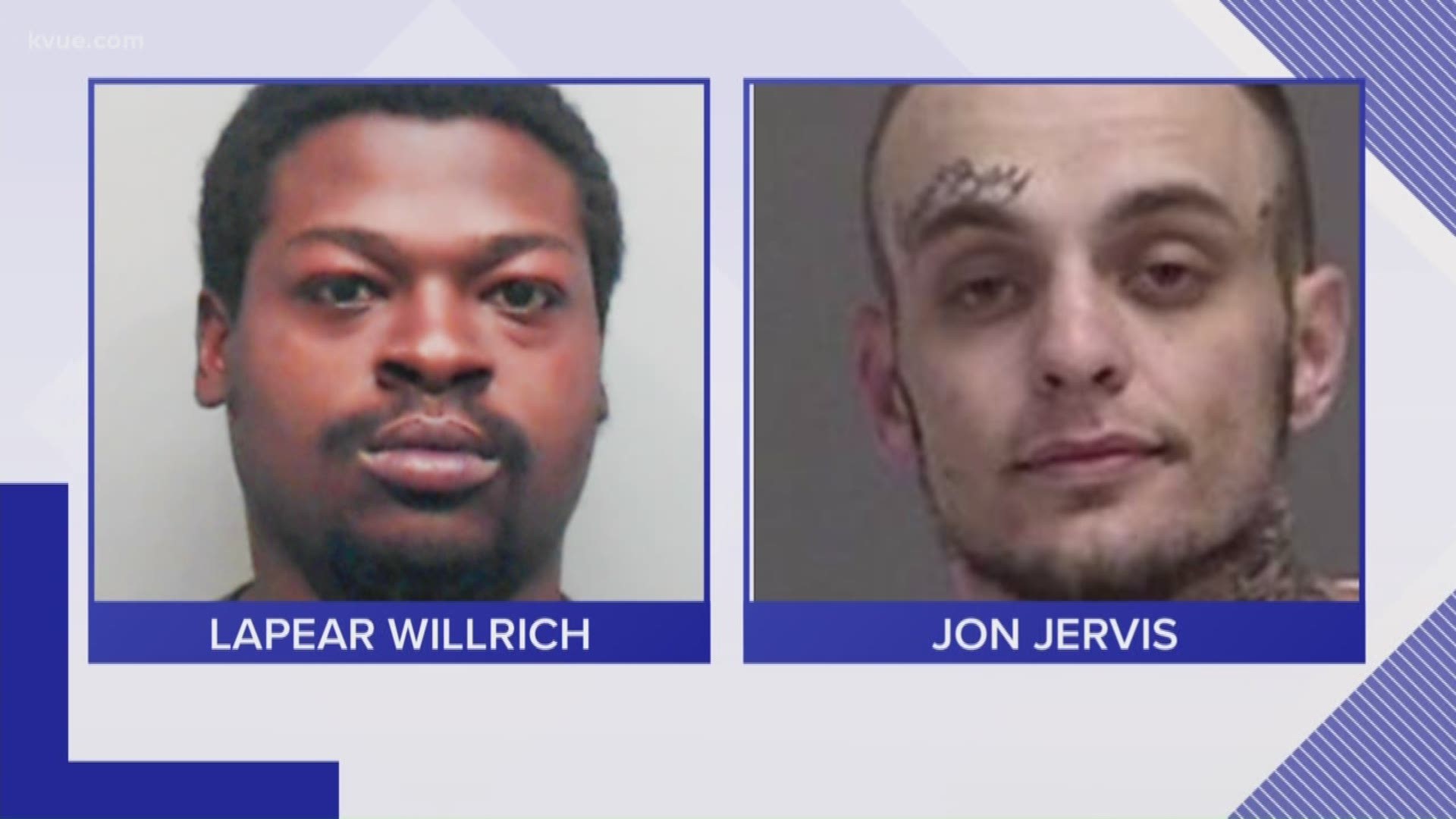 SAN MARCOS, Texas — Three people have been arrested in connection to an alleged murder at the Village on Telluride apartments on June 5 in San Marcos. John Hunter Jervis, 23, and Lapear O'Neal Willrich, 25, have both been charged with capital murder.

On July 11, police said Chelsy Alice Mistretta, 21, was arrested in Bryan, Texas, after investigators discovered she was in the vehicle with Willrich and Jervis when they fled the murder scene. She awaits extradition back to Hays County. Online records indicate she is charged with capital murder by terror threat.

At approximately 7:10 a.m. on June 5, officers were called to the 300 block of Telluride Street to a report of a "burglary of a habitation." A resident at the Village reported finding a loose dog and followed the dog to an apartment.

Upon arriving at the apartment, the resident saw that the door was kicked in and contacted the police.

Officers arrived and found 21-year-old Demarcus Tre Allen of Pasadena, Texas, dead from apparent gunshot wounds. He was pronounced dead at the scene at 8:40 a.m. by a justice of the peace. Next of kin has been notified.

'I will be back.' San Marcos officer struck by alleged drunk driver recovering after losing leg

Two people that were upstairs in the apartment and an additional roommate were interviewed by detectives with the San Marcos Police Department Criminal Investigation Unit.

Based on a large amount of evidence, including surveillance video from a camera mounted inside the apartment of the crime scene, police believe the offenders used a white-colored Cadillac Deville.

On June 18, police received information that a similar vehicle was registered to a resident of Giddings, Texas, and it was listed for sale. Police said they believed that vehicle was recently involved in an arrest by the Bryan Police Department. In that incident, Bryan police arrested Jervis for several warrants. He was eventually incarcerated in the Brazos County Jail.

San Marcos police traveled to the jail after that event to gather further evidence of the suspect's involvement in the capital murder, including the fact that he was healing from a gunshot wound from the June 5 offense. He was served a warrant for capital murder at the jail.

On June 19, continued investigative work led police to Willrich, a Giddings resident, as the second offender. A capital murder warrant was issued and he was arrested by San Marcos police in Giddings. He was transported to the Hays County Jail. Officials said he also suffered a gunshot wound from the June 5 offense.

“The Criminal Investigations Division has been working non-stop to solve this case quickly,” said SMPD Police Chief Chase Stapp. “We also want to thank the Texas Rangers and the Bryan and Giddings Police Departments for their assistance in helping arrest these two men.”

This is the fifth murder in San Marcos so far this year.