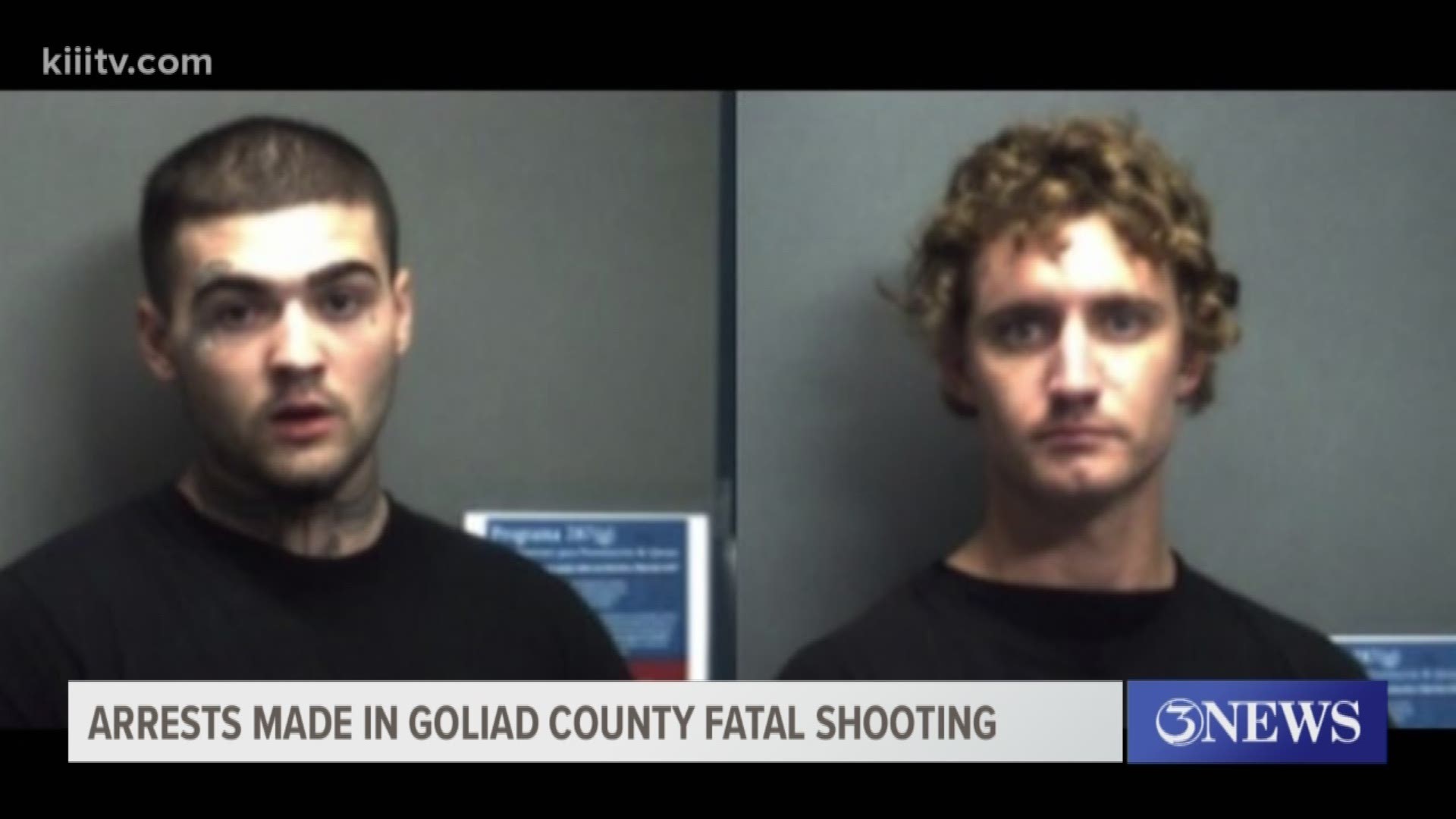 The two men were arrested in Goliad county in connection with the murder of Margaret Ellen Tucker, a 62-year-old resident of the Schroeder area of Goliad County.

The pair, who are reportedly cousins, began their crime spree in Victoria County after stealing a car and a firearm. Police found Tucker in her home last Sunday after being reported missing by family members.

An autopsy reported that Tucker had been shot with a small-caliber weapon. The gun was recovered by deputies and linked both men to the murder of Margaret Tucker.

No bond has been set for the pair, and neither suspect has been arraigned. 3News will keep you updated on this investigation as more information becomes available.