Austin-Travis County EMS said a man in his 40s was pronounced dead on the scene. 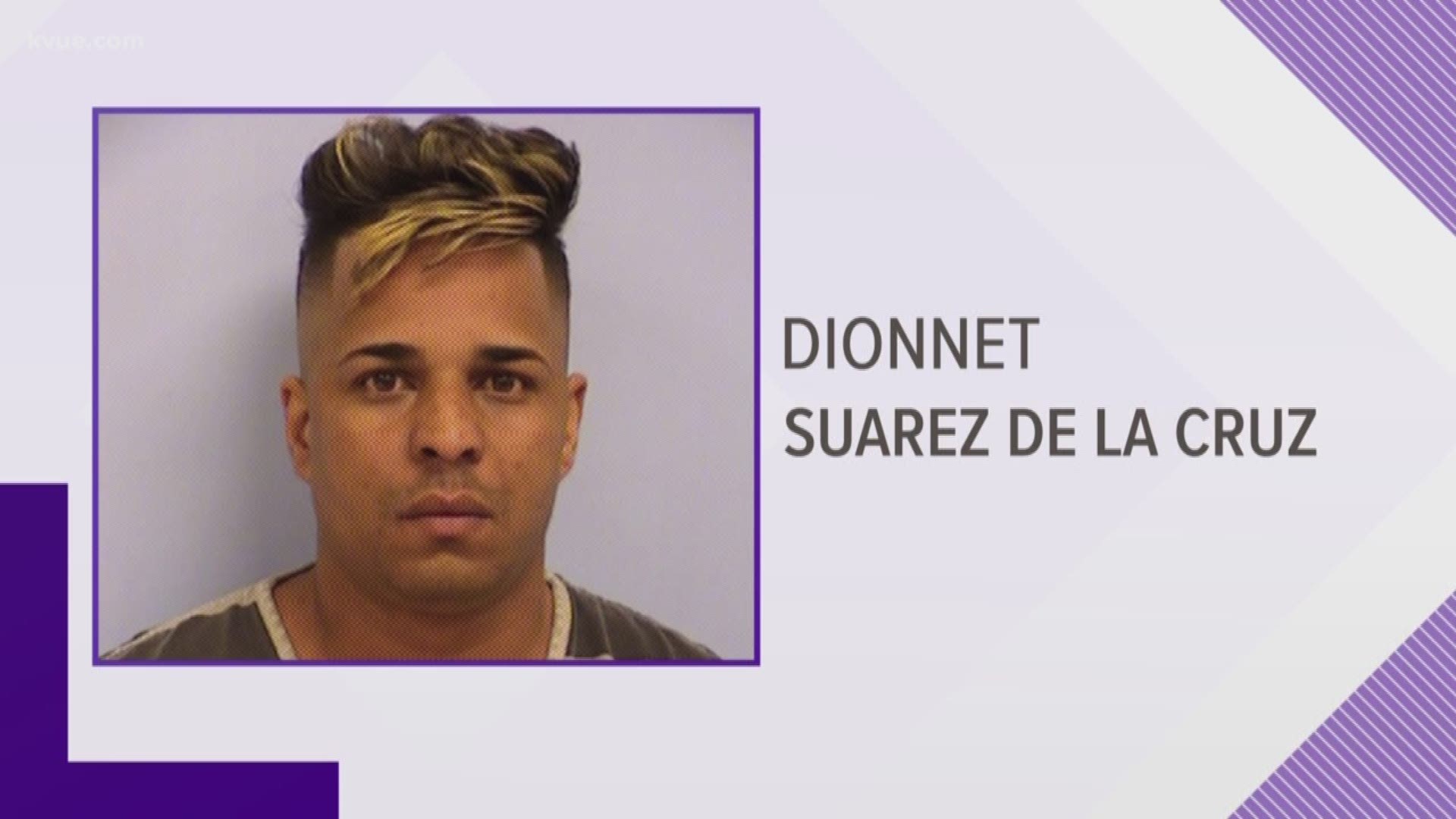 AUSTIN, Texas — An alleged drunk driver going the wrong way is accused of killing a motorcyclist in a North Austin crash on Sunday.

The incident happened at about 5:30 a.m. on Sunday on Metric Boulevard just north of Highway 183. The crash was between a car and a motorcycle.

According to an arrest affidavit obtained by KVUE, the car driver was traveling south in the northbound lanes of Metric Boulevard when he struck the motorcyclist head-on. The motorcyclist was traveling north in the same lanes. Police identified the driver of the car as 34-year-old Dionnet Suarez De La Cruz.

Austin-Travis County EMS said the motorcyclist, who was a man in his 40s, was pronounced dead on the scene.

Austin police said a passenger who was riding with De La Cruz suffered from a fractured arm and ran away from the scene. De La Cruz remained onsite until officers arrived, according to the affidavit.

De La Cruz allegedly admitted he had been drinking and said he was coming from a "Latino" party.

An officer on scene said he smelled alcohol on De La Cruz and that he was "swaying." Police said he then failed a field sobriety test.

De La Cruz has been charged with intoxication manslaughter and his bond is set at $100,000. According to online records, he is in police custody as of Tuesday afternoon.

Justice Ginsburg reports she's on way to 'well' after cancer