Daryl Davis knows firsthand how the Texas criminal justice system works and how it can fail someone from his own time behind bars. 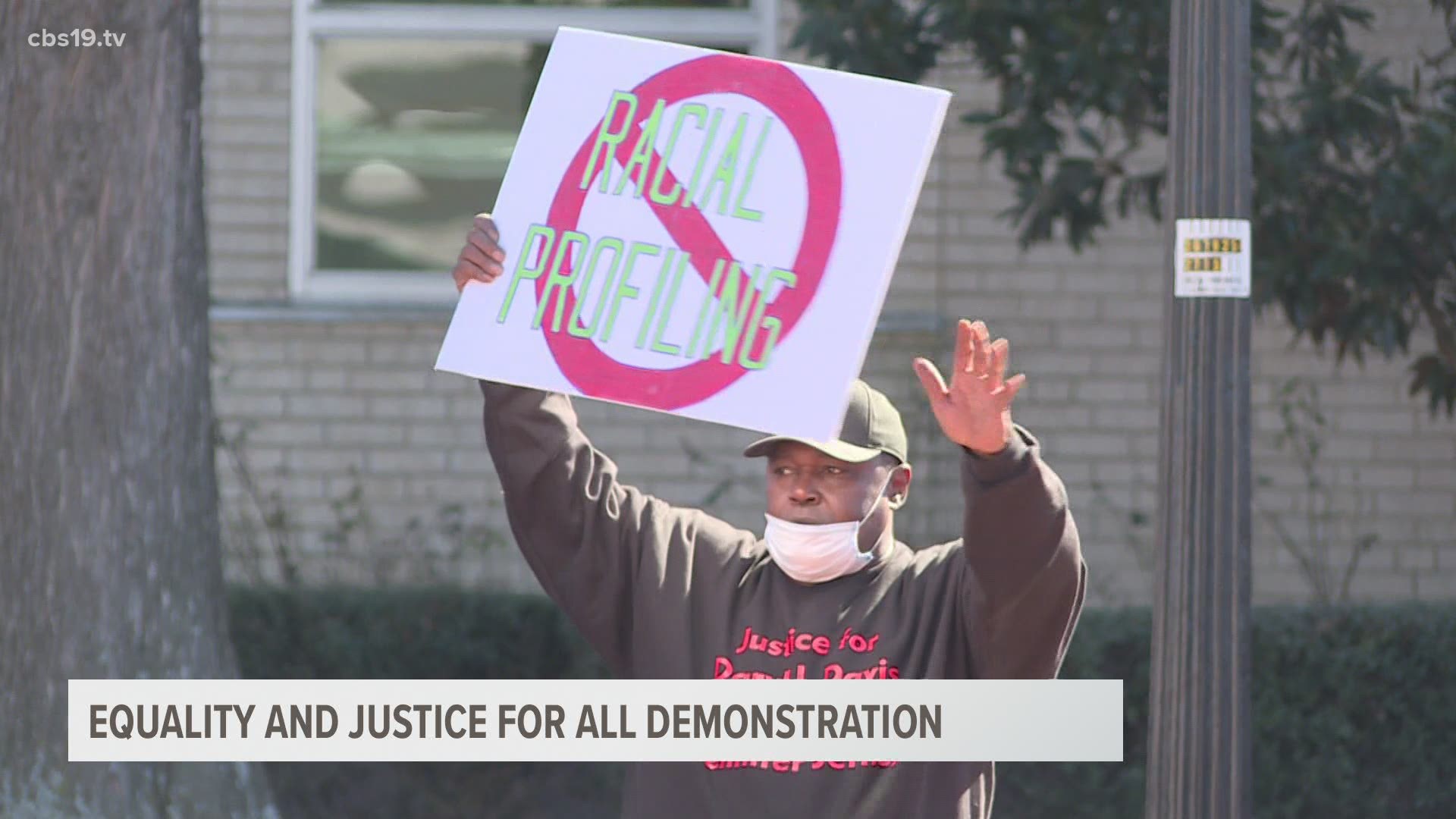 TYLER, Texas — Daryl Davis knows first hand how the Texas criminal justice system works and how it can fail someone from his own time behind bars.

In 1996, Davis was sentenced to nearly 40 years for aggravated assault with a deadly weapon, a crime he said he didn't commit. After serving more than 18 years, he was released on parole with a mission.

"I began to learn about the criminal justice system, to the fact that I wanted to be someone who could advocate to be able to change it," Davis said.

He decided to host the Equality and Justice for All Demonstration outside of the Smith County Courthouse on Tuesday with the help of some others. Davis said his time in prison and the current climate with police officers made him think about what people don't know about the criminal justice system.

"Our demonstration today is to bring awareness to the injustice of not only the racial profiling and the pretext of it, but also the county jail, to the courthouse, the system where we have to go with court appointed lawyers, that doesn't investigate our cases," he explained.

The message Davis hopes people took away from the event is to educate themselves on the judicial process. He also feels strongly that people should respect the law.

"When the police stop us and get behind us and pull us over, at the time that man cuts his lights on, we could be deemed under arrest," said Davis. "The official word for that is you are detained. So operate with the system, live to see another day, our battle isn't in the streets, it's in the courthouse."

As people stopped by to ask the group what they were out there for, Davis shared his experience. He became a petty thief during a rebellious stage in his life, which he feels made his bed for the aggravated assault case.

"So when my name came up, it was automatic belief," Davis said. "They never brought a medical expert to testify, the only thing that they would use against me is stealing hubcaps and T-tops."

Davis will also be sharing his story before the Texas Legislature. He's supposed to speak before the Judiciary Committee, Correctional Committee and Appropriations Committee in the upcoming months.

He hopes to continue holding demonstrations once a month in front of the Smith County Courthouse as well to continue advocating the importance of knowing your rights as well as how the criminal justice system operates.