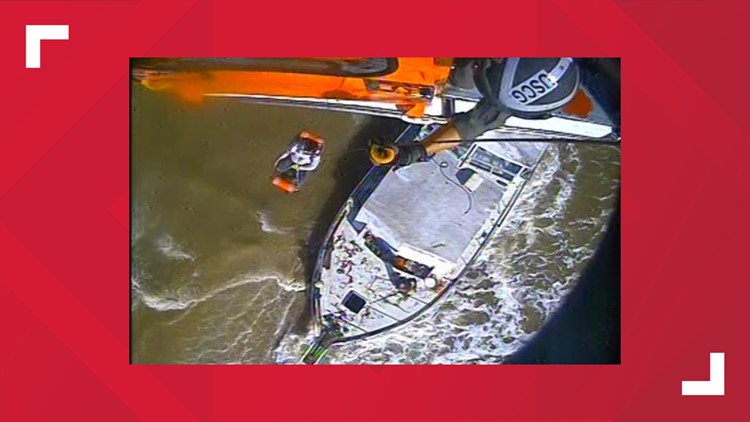 FREEPORT, Texas — The Coast Guard Sector Houston-Galveston received reports of a 46-foot vessel taking on water near Freeport, Texas in the San Bernard River. The daring rescue which was caught on video is a reminder of how things can quickly escalate upon a watercraft.

The Coast Guard Air Station Houston MH-65 Dolphin helicopter aircrew, and a Station Freeport Response Boat-Medium boat crew quickly arrived at the scene. The vessel was about a quarter-mile from the mouth of the San Bernard River.

The owner requested to stay aboard the 46-foot cabin cruiser and then waded safely to the shore. He is arranging salvage for the boat, which remained aground.

People in an emergency and need of Coast Guard assistance should use VHF-FM Channel 16 (156.8 MHz) or dial 911. For general inquiries call your nearest Coast Guard unit.