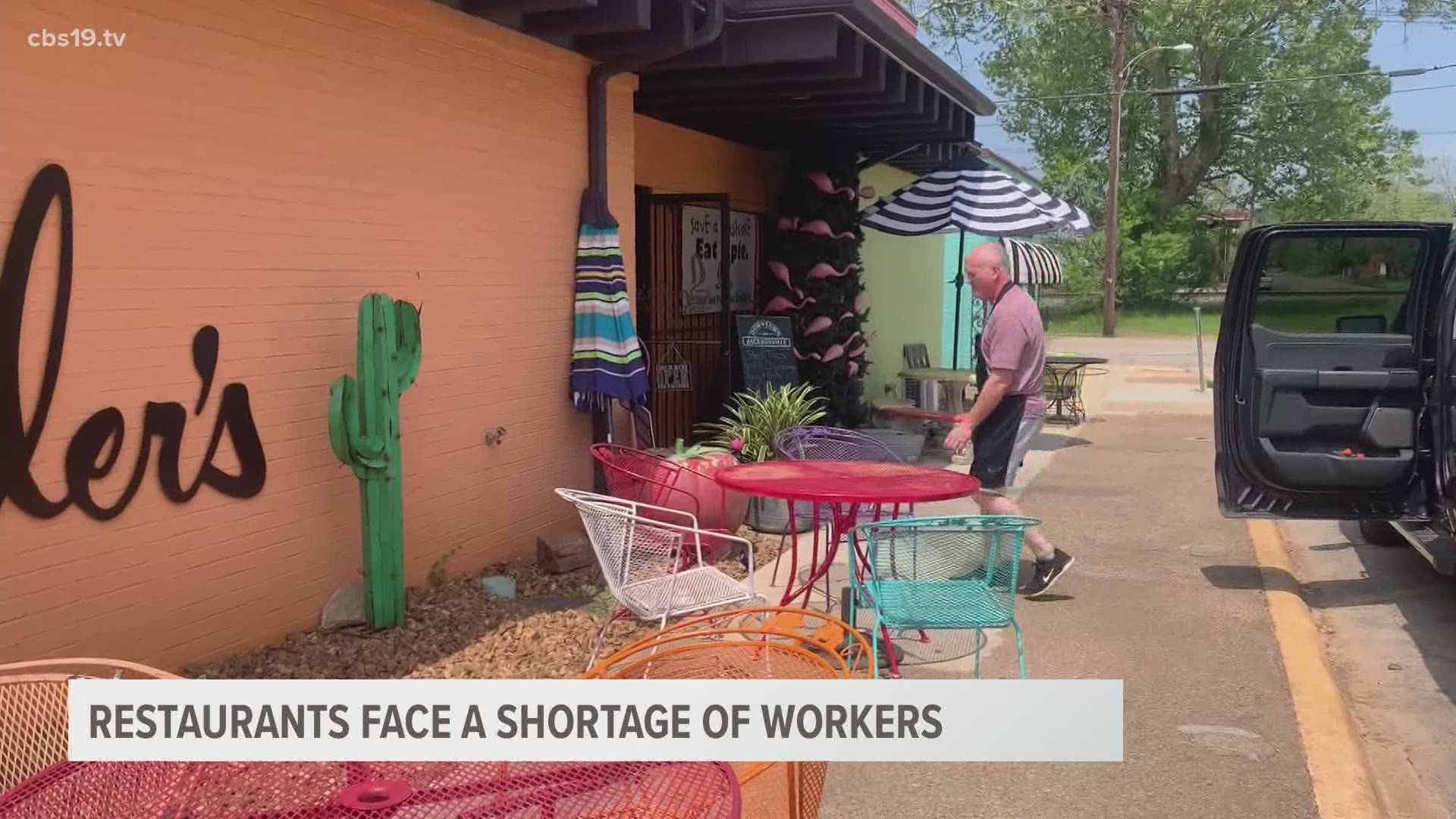 JACKSONVILLE, Texas — Since Governor Greg Abbott lifted the COVID-19 restrictions on businesses, many East Texas restaurants, like Sadler's Kitchen in Jacksonville, have been busier than ever. However, as restaurants welcome back customers there's a new dilemma, finding employees.

It's something the owner of Sadler's Rob Gowin is experiencing and says after talking with friends who own restaurants as well, he's not alone.

"Three of my friends in the restaurant business right this minute, are very actively looking for help," he said.

It’s a mystery restaurant owners are struggling to understand. In an economy where unemployment is still high, especially in the restaurant and hospitality industry, why can’t they find enough kitchen workers, servers, and hosts to staff their establishments?

Gowin isn't sure what's causing the shortage of workers in East Texas. The unemployment rate for Longview is at 8.3% and Tyler is nearly 7%, which is higher than the national average of 6% according to the U.S. Bureau of Labor Statistics. Gowin says he's no stranger to working with a short staff.

"Typically I hire five people to keep one," he explained. "I'd rather find somebody who can do three or four things for me, and pay them very well to do. Those are the kind of people that are a little harder to find."

While he isn't sure what's causing the shortage, after being in the industry for 26 years he has some theories.

"I don't know if it's a matter of we don't have the pool of labor here in town, or the unemployment and people can afford to stay home," he explained. "I think initially that unemployment when it was $600 a week extra, it was like that."

Gowin who's also a chef at Sadler's says he's noticed a lack of skilled candidates when going through the hiring process, which is concerning as more people dine out. He says his business is up by about 40%.

"On some levels, I have to compete in that Tyler market but, it's just I mean, it's kind of a dog-eat-dog world up there," he said. "Just getting that skill, talent, and the really creative people and getting them to work. And, you know, we don't know how many restaurants, a lot of restaurants have come into Tyler, a lot have left, it just that it's not sustainable." 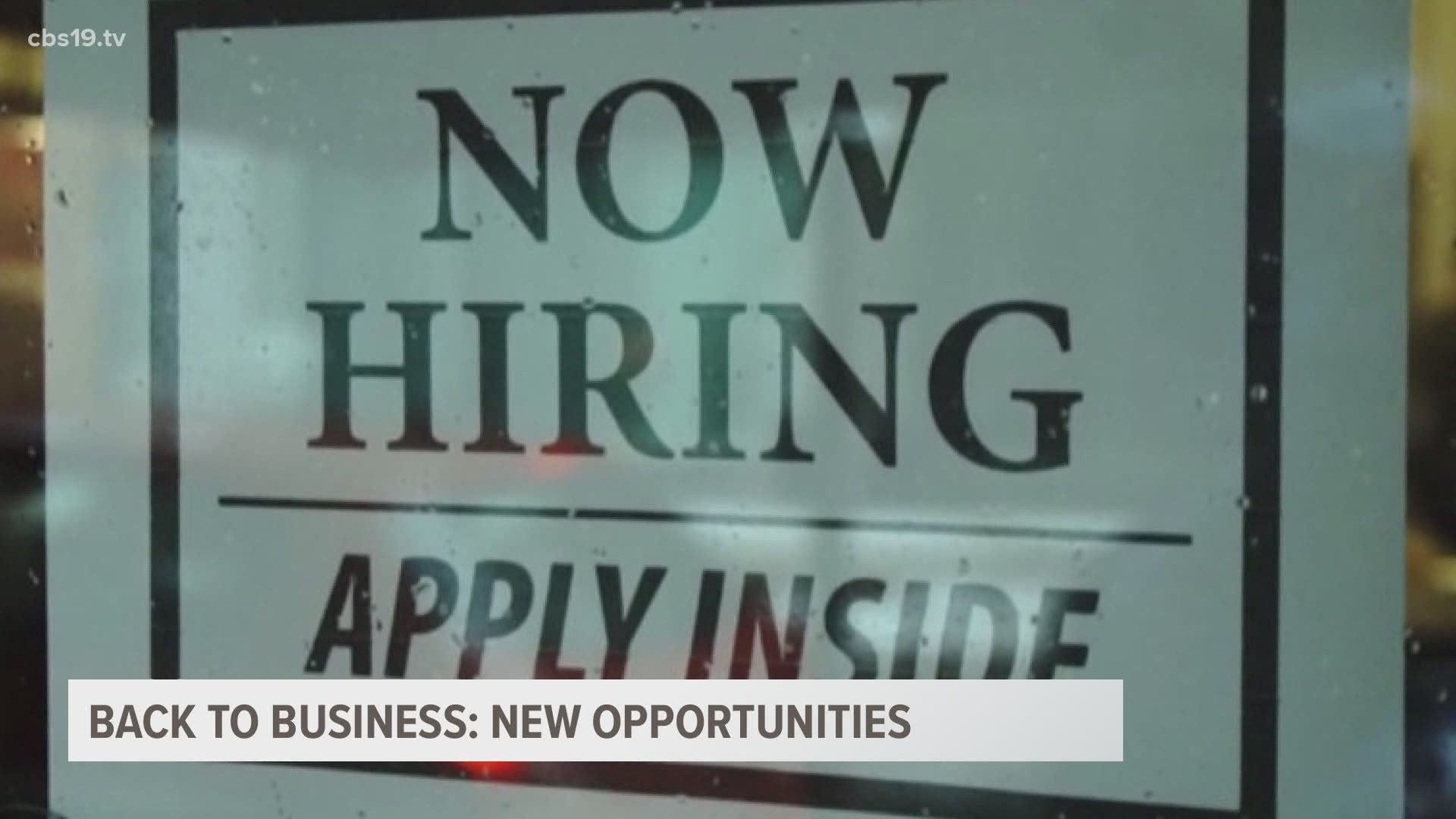