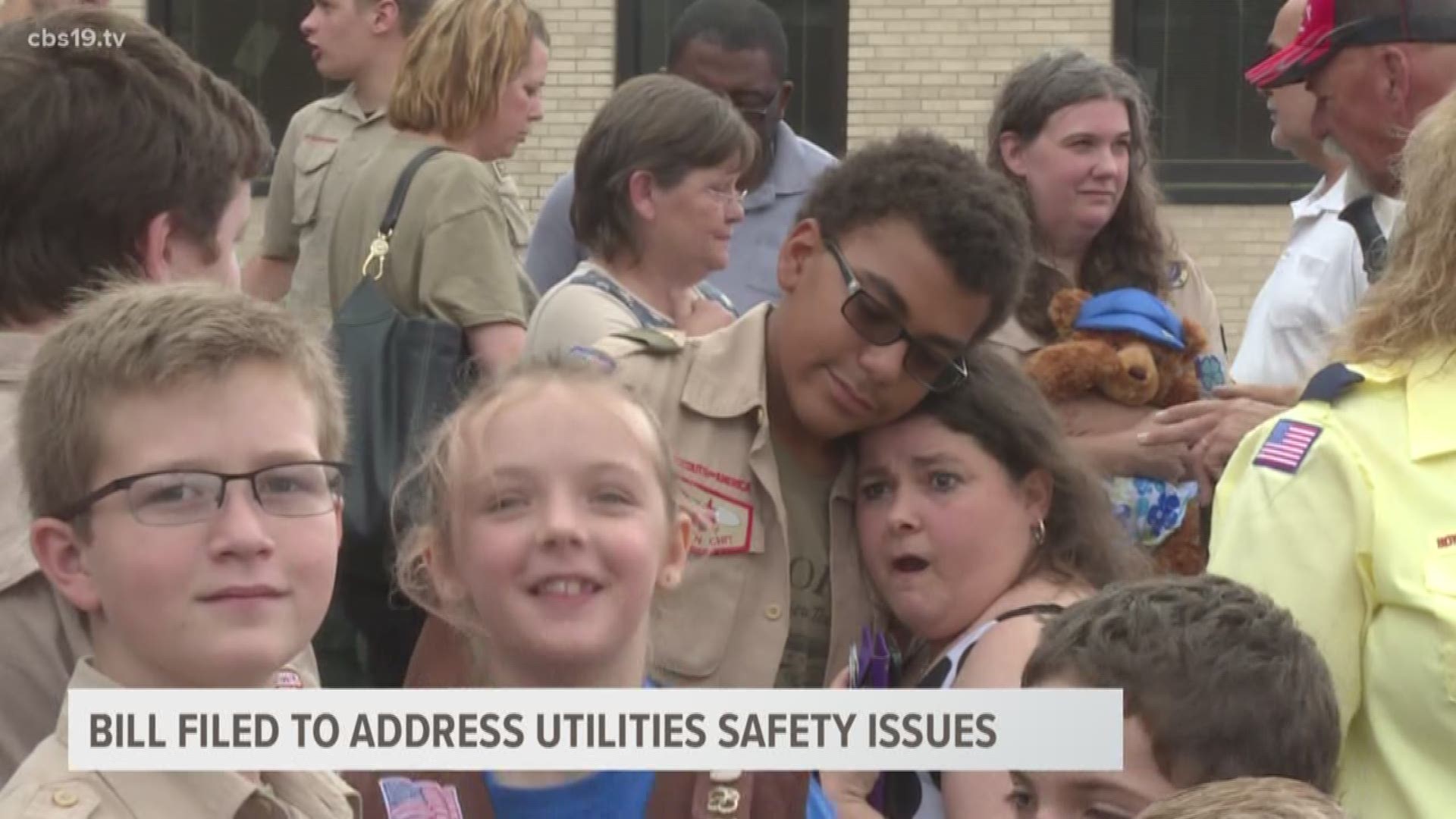 "The ultimate goal here is to ensure that something like this never happens again," Rep. Paddie said.

House Bill 4150, which was filed on Friday, relates to safety and inspection reporting requirements for certain utilities.

"These that are generated by folks from back home," Rep. Paddie explained. "And in this case, unfortunately, a tragic back home, are the most important bills that we deal with here."

On August 5, 2017, a group of boy scouts was sailing along Lake O' the Pines when their catamaran came in contact with a power line in the Alley Creek area of the lake.

"The families were really looking for an opportunity for something good to really come out of such a horrible tragedy," Rep. Paddie said. "And so, through discussions with them and with utilities, as well, we discovered that there was a need, at a minimum, to talk about reporting as it relates to public safety and then, hopefully it'll be a way to increase awareness."

Will Brannon, 17, and Heath Faucheux, 16, died at the scene. Thomas Larry, 11, was taken to a Shreveport hospital where he later passed away from his injuries.

On December 21, 1982, Jerry Irwin, of Longview, died after the mast of his sailboat hit a live wire at the lake, not far from where the scouts' accident occurred.

The Army Corps of Engineers says the lines the scouts' catamaran hit have now been buried under the lake.

Under the HB4150, utilities that own or operate transmission or distribution assets would be required to complete a report to be submitted to the Public Utility Commission of Texas by May 1 of each year, starting in 2020.

The report would include the percentage of lines inspected in both the prior and current year by the utility. In addition, any incidents of non-compliance reported by the public or employees of the utility.