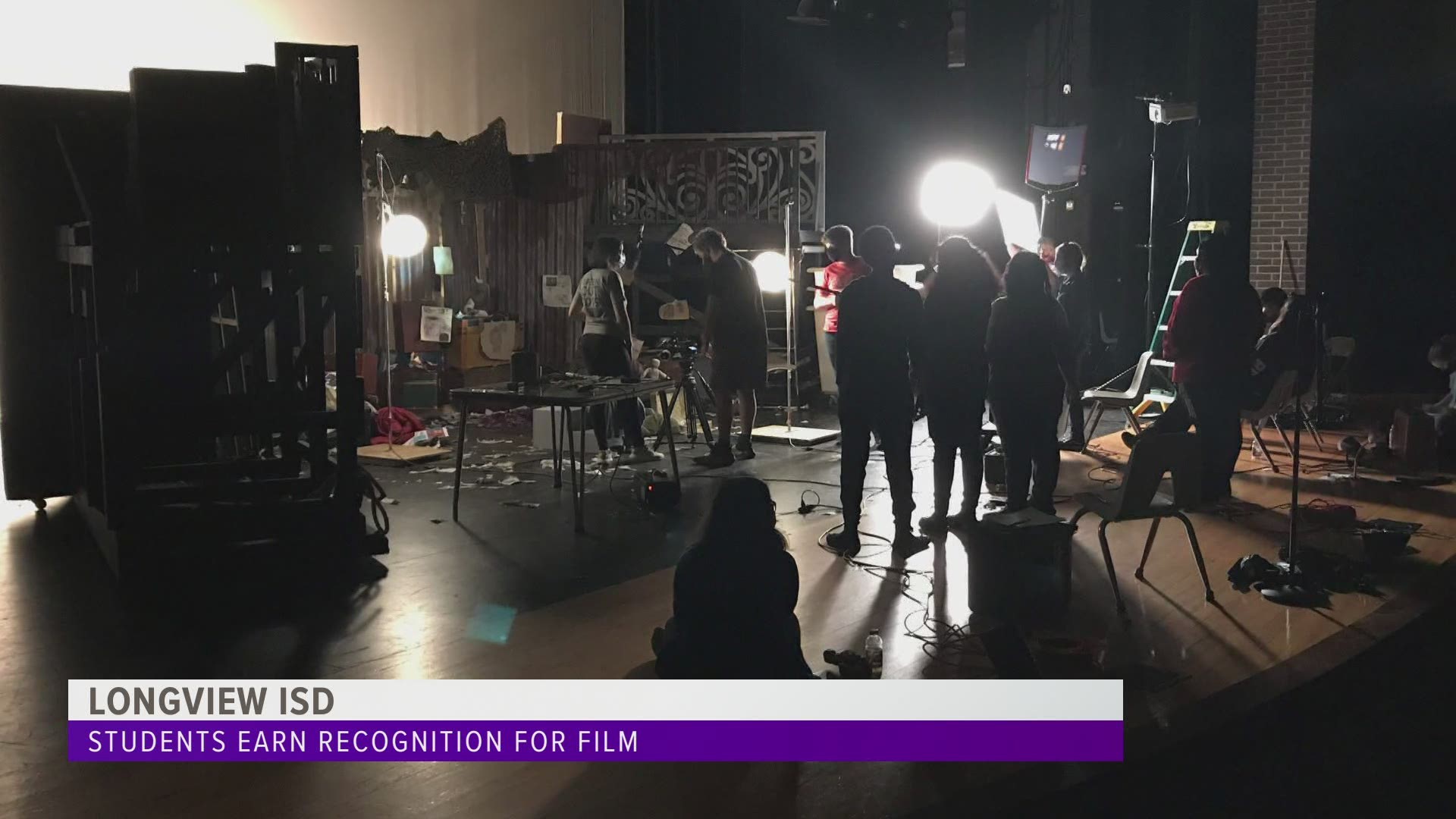 "This year it was like there's no way we're going to go to state two years in a row, and it happened and we're just really excited about it," Keynesia Turner, a senior at Longview High School and co-director of the film, said.

According to the district, for the second year, its film program will be ranked in the top six in the state and the only school in Division II Narrative Film to repeat from 2020.

"Shadow Walkers" is our 2021 [entry] into the UIL Young Filmmakers Contest which is a great opportunity for students around the state of Texas to tell stories in the medium of film," Joshua Graves, technical theater teacher at LHS, said.

"So, we shot everything in that one day, we did have to have one day of reshoots for one scene but that was only two hours, and then it took a month and half to get a rough edit."

Turner is co-director of the film.

"Filming the whole movie was very exciting," Turner said. "Especially having a lot of new faces this year and it gave us an opportunity of learning and also having a new camera was exciting this year."

Turner says the students learn a lot about making a movie as well as working as a team and what it means to have a job.

"You have to communicate and work together and to be able to accommodate for different people and their needs," she said. "It gives you a sense of empathy for everybody and it's just really well-rounding."

The 2021 virtual state meet ceremony is taking place on March 12.