Four prominent lawmakers — one each with ties to Baylor University, TCU, Texas Tech and Texas A&M — met with Gov. Abbott on Thursday. 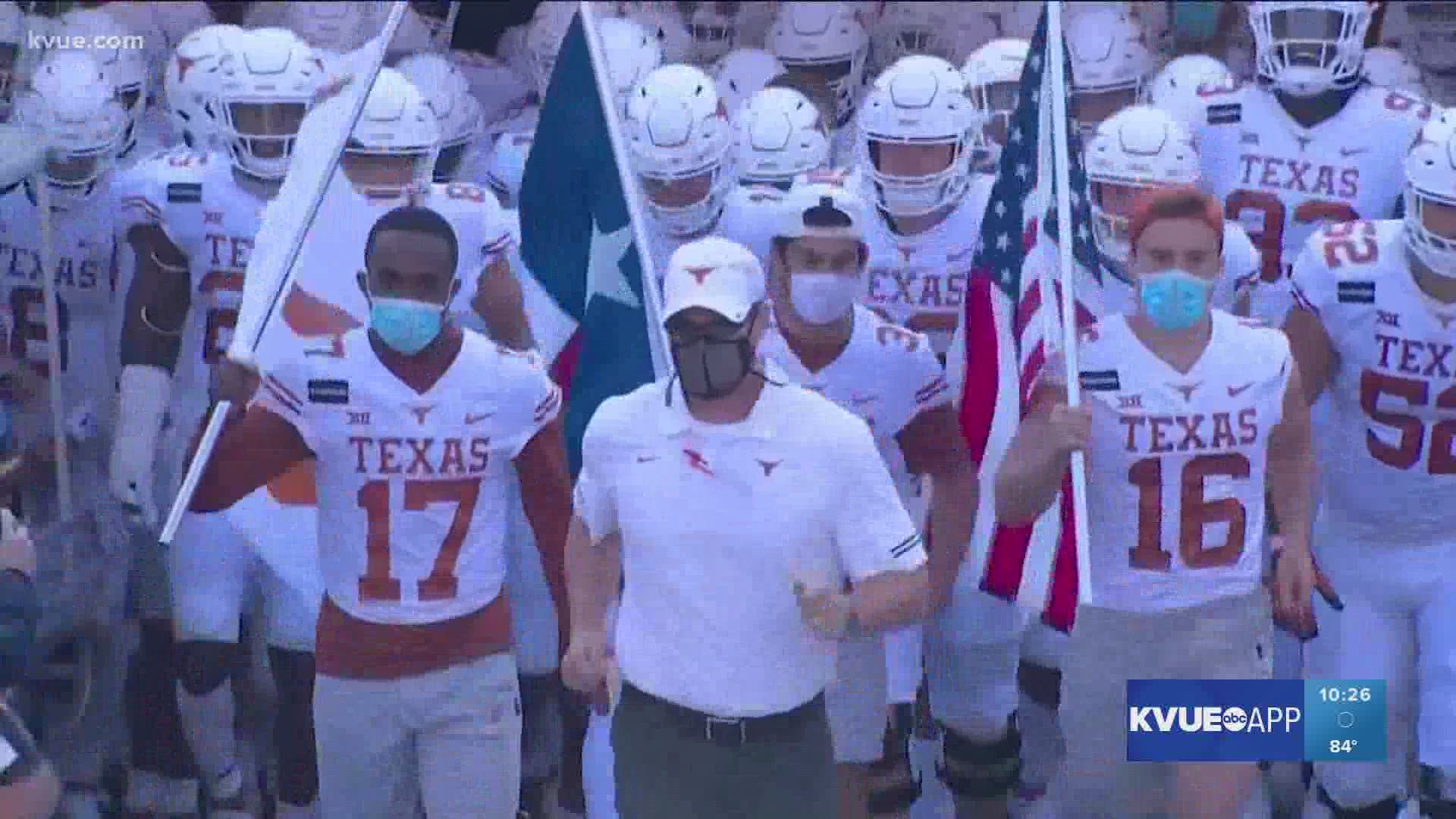 THE TEXAS TRIBUNE – As the college athletics world roils over the possibility of the University of Texas and the University of Oklahoma leaving the Big 12 conference, a group of Texas legislators with ties to other universities in the state has mobilized.

Four prominent lawmakers — one each with ties to Baylor University, Texas Christian University, Texas Tech University and Texas A&M University — met with Gov. Greg Abbott’s staff Thursday, one day after news broke that UT and OU had reached out to the Southeastern Conference about joining, according to a source briefed about the meeting and an Abbott spokesperson. Abbott is a UT alumnus and outspoken Longhorn fan.

The four lawmakers were Rep. Greg Bonnen, R-Friendswood, who chairs the influential House Appropriations Committee and attended Texas A&M; Rep. Dustin Burrows, R-Lubbock, who received his law degree and MBA from Texas Tech and chairs the powerful House Calendars Committee; Rep. Jeff Leach, R-Plano, who chairs the House Committee on Judiciary and Civil Jurisprudence and was a student body president at Baylor; and Sen. Lois Kolkhorst, chair of the Health and Human Services Committee and a former TCU athlete. Kolkhorst declined comment and the other three lawmakers did not immediately respond to requests for comments Thursday evening.

Leach and Burrows have already expressed their concern about a potential move on social media, with Leach saying on Twitter that he was “working on legislation requiring legislative approval for UT to bolt the BIG XII.”

“This is about much more than college sports,” Leach wrote. “The impact UT’s decision would have on communities & businesses all across Texas would be real, substantial and potentially devastating. On behalf of those concerned Texans, the Texas Legislature has an obligation to be involved.”

But the lawmakers’ leverage could be limited if conference realignment does indeed become a political fight. The Texas Legislature is in the middle of a special session, but House Democrats have fled the state to break quorum in opposition to a new voting restrictions bill, thus blocking the House from passing any bills. Even if the House had the numbers to pass legislation right now, it can only pass bills that Abbott puts on the agenda. The next regular session of the Legislature won’t happen until 2023.

The Houston Chronicle first reported Wednesday that OU and UT reached out to the SEC. If a move were to happen, it would be hugely disruptive to TCU, Texas Tech and Baylor, which are all members of the Big 12. UT and OU are easily the most visible and lucrative college athletics programs in the Big 12, and they help drive television revenue and interest for all of the teams in the conference, particularly in football. If the two schools were to leave, the viability of the Big 12, which distributed more than $34 million to each of its member schools this year, would be in doubt. And Baylor, TCU and Tech, with their smaller fan bases, might then have to scramble to find new conferences.

Texas A&M, which left the Big 12 for the SEC nine years ago, is also opposed to the move.

“There’s a reason why A&M left the Big 12: the way the Big 12 was operating and the governance,” Athletic Director Ross Bjork told the Chronicle on Wednesday. “A&M is a flagship university, and with the size and scale of our place, we should have our own stand-alone identity in our own conference.”

Decisions on conference alignment are ultimately up to the schools’ presidents and boards of regents, who are appointed by the governor. But the issue inevitably becomes political in Texas, given the amount of money at stake and the way being in a major athletics conference helps grow a school’s visibility. Prior to the 1990s, UT, Texas A&M, Texas Tech, TCU, Baylor, Rice University, Southern Methodist University and the University of Houston were all in the same conference, the Southwestern Conference. When Texas A&M and UT began exploring leaving, they faced intense pressure from powerful elected officials in Texas to take Tech and Baylor with them. At the time, the governor, Ann Richards, was a Baylor alumnus, and the lieutenant governor, Bob Bullock, had degrees from Texas Tech and Baylor.

“It is common knowledge that Baylor made it into the Big 12 because of Ann Richards and Bob Bullock,” Rep. Garnet Coleman, D-Houston, told The Texas Tribune in 2016.

Rice, SMU, UH and TCU were left behind to devastating results to their athletics departments, though TCU joined the Big 12 years later after a run of football success.

Last decade, Texas A&M faced intense political pressure when it left the Big 12 for the SEC, but it ultimately prevailed in the move. The governor at the time, Rick Perry, was an A&M graduate.

Cassandra Pollock contributed to this report.

The Backstory: A Texas cop kills a 12-year-old boy during questioning about a petty crime