For the first time, schools across East Texas are offering both virtual and in-person learning. Parents tell us how remote learning is going compared to the spring. 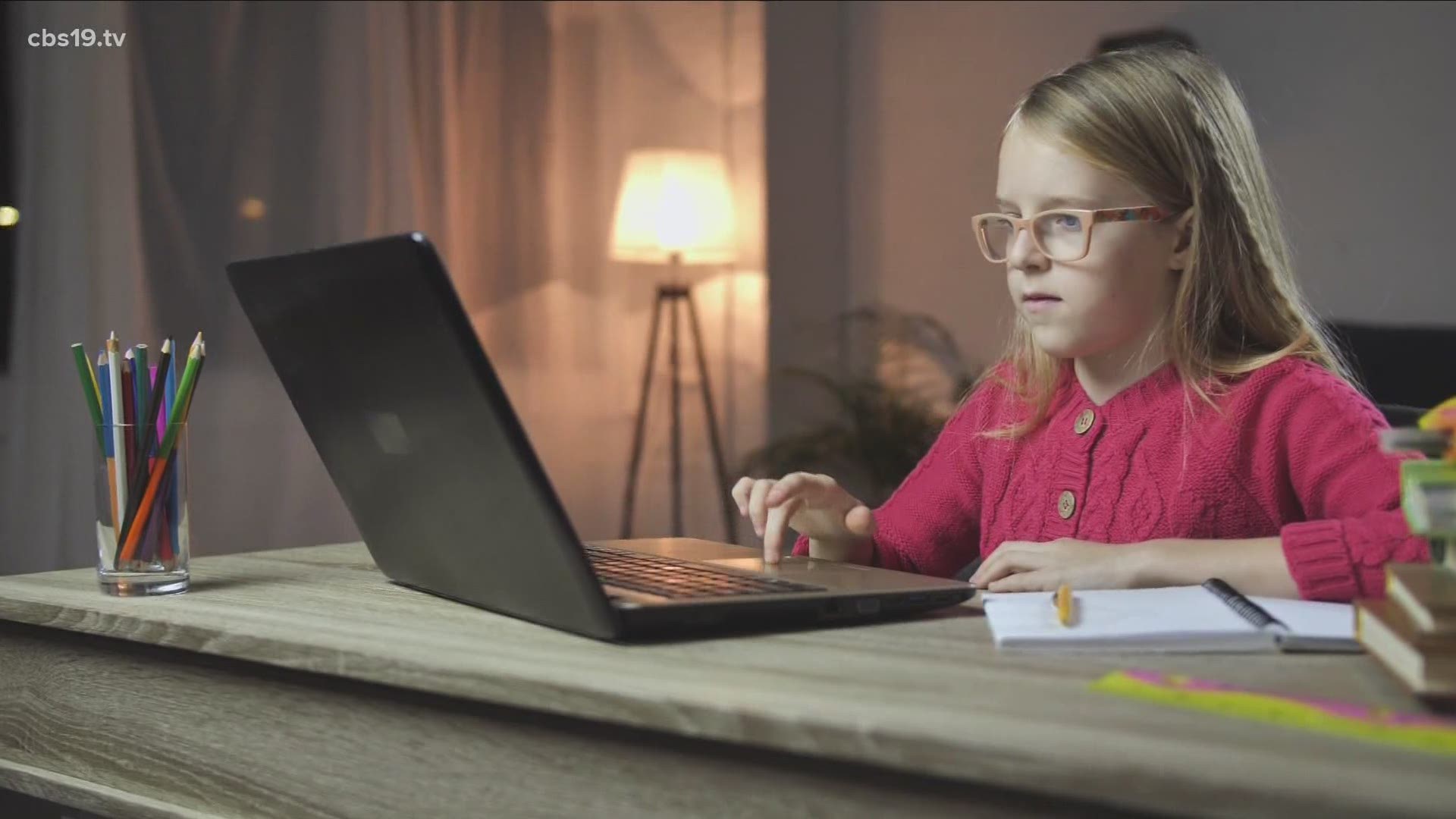 NACOGDOCHES, Texas — For some East Texas parents, remote learning this fall has been a good experience. Some event report it is better than expected and better executed than in the spring. Others say they feel like schools should be further along in the process to seamlessly integrate virtual learners.

"He felt like he was being ignored," parent Jack Chandler said. "He would say things like, I am not going to bother raising my hand if they are not even going to call on me. He didn't feel like part of the classroom."

"I think they're doing really well," said Stephanie Hassell, whose child goes to Jacksonville ISD. "She has seven different Microsoft teams, one for each class."

Logging on to learn. It's become the new norm for many East Texas students, like Avery Hassell. "I really like it."

Class has been back in session for almost a month at many East Texas schools.

"I just didn't feel like it was safe for her to go to school, not safe enough," Hassell explained. "Avery had a bout of pneumonia when she was 13 and her lungs are weaker because of it and it just wasn't worth the risk with COVID-19."

This would have been Avery's first year on campus at Jacksonville High School.

CBS19 also talked with parents in Whitehouse and Nacogdoches about how they are feeling about distance learning this time around, now that schools have had the summer to prepare.

"What we are seeing now is a stark contrast to what we had back then," Chandler explained. "In my opinion, a lack of planning on the side of the administration. I don't blame the teachers. They are doing the best they can."

It is not what Jack Chandler and his son expected, who attends SFA Charter School in Nacogdoches.

"We initially chose synchronous," Chandler said. "He would basically sit in front of a computer and a video of the class is streamed live for him to observe. After two weeks, we decided to go asynchronous because no schedule, very poor audio and video quality. It was hard to understand most of what was going on."

Chandler wanted to make sure his son had some sense of normalcy so he set up a classroom inside their home.

"We've got five shelves of books, another shelf of projects and print-offs, colored crayons, scissor station," Chandler said. "I have a separate desk kind of like a teacher's desk. I don't at all think I am a teacher, but I do have a desk I setup with a PC so that I can sit over there and not interfere while he sits over there and does his lessons. He has a pencil sharpener in here. He says the pledge off allegiance to the American flag and Texas flag and I wanted to replicate that learning environment as closely as I could, so hopefully that's something he will benefit from."

What CBS19 is hearing from local districts is roughly one-quarter to one-third of parents around East Texas chose to give learning online another shot for their children. Adrianna Pitts is one of those moms.

"Last year, you can't blame them," Pitts said. "They didn't have that much time to put things together. This time around it is more dedicated to the TEKS state lessons that they need to know."

"They have Google Meet. Everything is through Google this year, so they have specific time when the teacher wants the virtual learners to login, talk about a lesson," Pitts explained. "Other teachers record themselves and then upload it to Google Classroom, but the student has to participate and let the teacher know they've watched it to get a participation grade."

Pitts also feels like the teachers are available to her and the children.

"We have email and text messages that I can contact with them and they're actually pretty fast about communication with the kids," Pitts said. "There's a way for the kids to message the teacher through Google, even if it's just casual conversation, so the teachers are real interactive when it comes to the kids. This way, it's more personal."

However, it is still a big commitment from parents who chose virtual learning, especially when you have elementary school kids.

"It takes a lot of me to make sure they're on task," Pitts said. "I'm just grateful that I don't have a full time job on top of this. I've heard other parents do and I get to spend time with them at home and make sire they're following along with their courses and doing the right thing. It does take a lot because I have 4 of them and they're in different grades."

Her children have different opinions on learning from home.

"They're divided," Pitts said. "Two of them don't like it and they miss the social interaction with their friends. Another reason why they don't like it is they have trouble focusing on the computer so they get frustrated staring at a screen for so long. The other two like it based on the fact that it's easier, more one on one. They enjoy being on the tablet or computer."

CBS19 has heard a lot over the last few months about connectivity issues due to poor broadband infrastructure across the state.

"I went and bought a MiFi Jet Pack so she could have stronger internet at home to do her assignments," said Hassell. "We live about 12 miles outside of Jacksonville. WiFi is not really an option here unless we want satellite and even then, it's spotty, so using our hotspot is actually better."

Even with internet issues, the Hassells hope this is not the end of remote learning, but the future.

"It's a great experience," Hassell said. "We love it and if it's an option next year, we will do it next year."

"Don't rely on someone else to focus on your kid's education," Chandler said. "As a parent, it's your number one responsibility to keep your kids safe and after that, making sure they're a well rounded person. It's one of the biggest responsibilities a parent has, so focusing on his education and making sure he has the tools he needs to be successful in the future is my highest priority."

The COVID-19 forced us all, parents and educators, to learn some tough lessons when it comes to the most effective way to reach each and every student.