Before students get back on campus or log on for remote learning in 2021, let's look back on the biggest "Lessons Learned" at Tyler ISD during the pandemic. 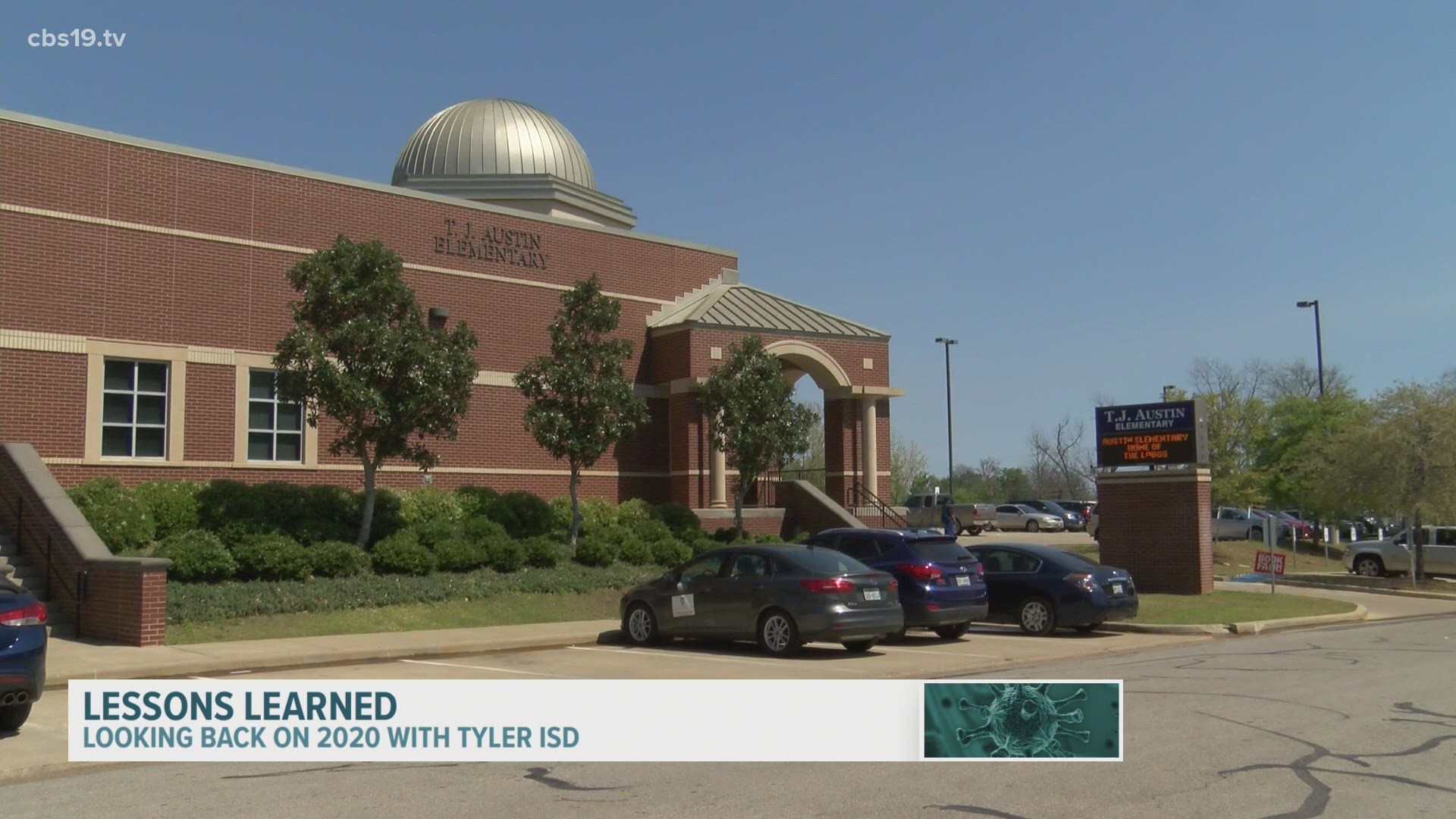 TYLER, Texas — We are just days away from 2021, but before students get back on campus or log on for another semester of remote learning, let's take a look back on a year like no other with Tyler ISD.

Dr. Marty Crawford at Tyler ISD was part of our CBS19 Education Virtual Town Hall seven months ago. Since then, we've shared stories of struggle and success in our weekly Lessons Learned as parents, students and educators all faced difficult choices when it comes to getting an education, while staying safe this Coronavirus pandemic.

"Obviously the front part of this year, we thought we put some very tight protocols in place and they've been successful," said Dr. Marty Crawford, Tyler ISD Superintendent.

The success of those protocols was a tremendous relief for Tyler ISD's superintendent having never experienced a pandemic before. But Dr. Crawford says he was still skeptical at first. "Just like the public was on whether or not we what we had was going to work. And that was a very tough thing," explained Crawford. "We want to be very cautious and not be reckless. I think we've proven that we've been able to effectively maintain the tightness inside of our school systems."

Dr. Crawford suspected virtual learning would continue to be a struggle, even after a three-month trial run last spring.

That's a lesson Dr. Crawford says they learned within the first six weeks of school when the data came back on failure rates for virtual learners.

"We went ahead made the bold move, along with other Smith County school systems to bring our kids back. And while that was not a popular issue for about 5% of our people here, let's be honest with you, they were the ones that were the loudest about it. But you know, we really had a lot of other folks that believe in us because we were at 85% in school versus 15% at home before we even made that decision," Crawford explained. "And so in saying that, it's been a resounding success with our failure data has improved significantly since then. So getting the kids back to school was something that was really important to us. So what would have I've done differently? I'd go with my gut feeling and said we're going to go full open for school and we would have required medical attestation for you to stay."

Now Crawford is turning his attention towards the spring semester. He's hopeful some of the 600 students they were down in the fall will return.

"450 of those are in our Pre-K and K years. Again, those are the years that you don't have to educate your children. But certainly the educational benefits of starting students out that early, especially in early literacy and early numeracy, the data doesn't lie on that as well," said Crawford.

"You know, what may be needed that at Austin Elementary, may not be the same things that are needed in Jack Elementary. So we've got to look at some of those traditional practices that we've got in place and overcome some of that. Now, I've been saying that that tradition will get you beat since I got here. We've been able to overcome some of the things that have traditionally gotten in our way. We've got to look at some other things as far as like extended school year, additional time during the day. And making sure that we do the right things to catch our kids up," Crawford said.

Teachers, at all levels, have been and will continue to be instrumental in that at Tyler ISD.

"They're the engines of the school system and we better take care of them. The things that they bring to your child, not just for their academic advancement, but their social growth, in their emotional growth, there's nothing like a teacher," Crawford said.

But, we've also all learned, students need to be equipped with the right school supplies for the digital age. "But to actually have, you know, over I think 19,000 pieces of technology for our students is something that's going to be beneficial for us as we get out of this pandemic," explained Crawford. "There's no doubt that these native adopters of technology, our students, this is going to be beneficial for them long term as far as their instruction and their education goes, because they're going to be able to have that technology at their fingertips."

Crawford believes the next big challenge that needs to be tackled is broadband.

"It goes back to what Eisenhower did back in the '50s. You know, after World War II, he saw his opponents were effectively able to maneuver using the Autobahn system in Europe and how the Germans had had really done a good job of that," explained Crawford. "So he brought those principles back, something he learned during the middle of crisis, so that we can effectively become the greatest nation in the world, especially with industry and commerce, the development of our interstate system. Broadband access is going to be the next big utilities and infrastructure, upgrades and improvements that we need and it took a pandemic for us to really realize that." 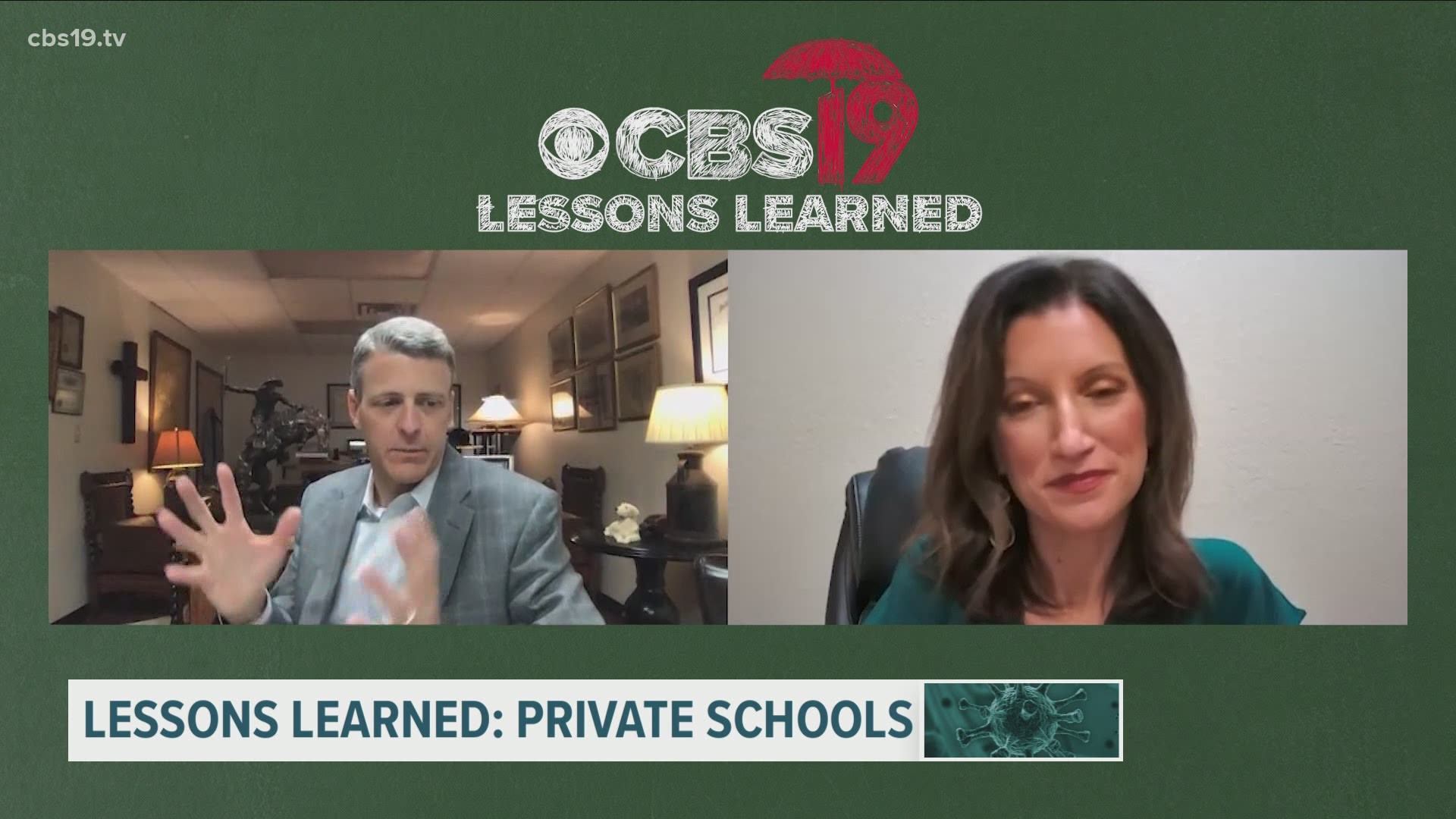 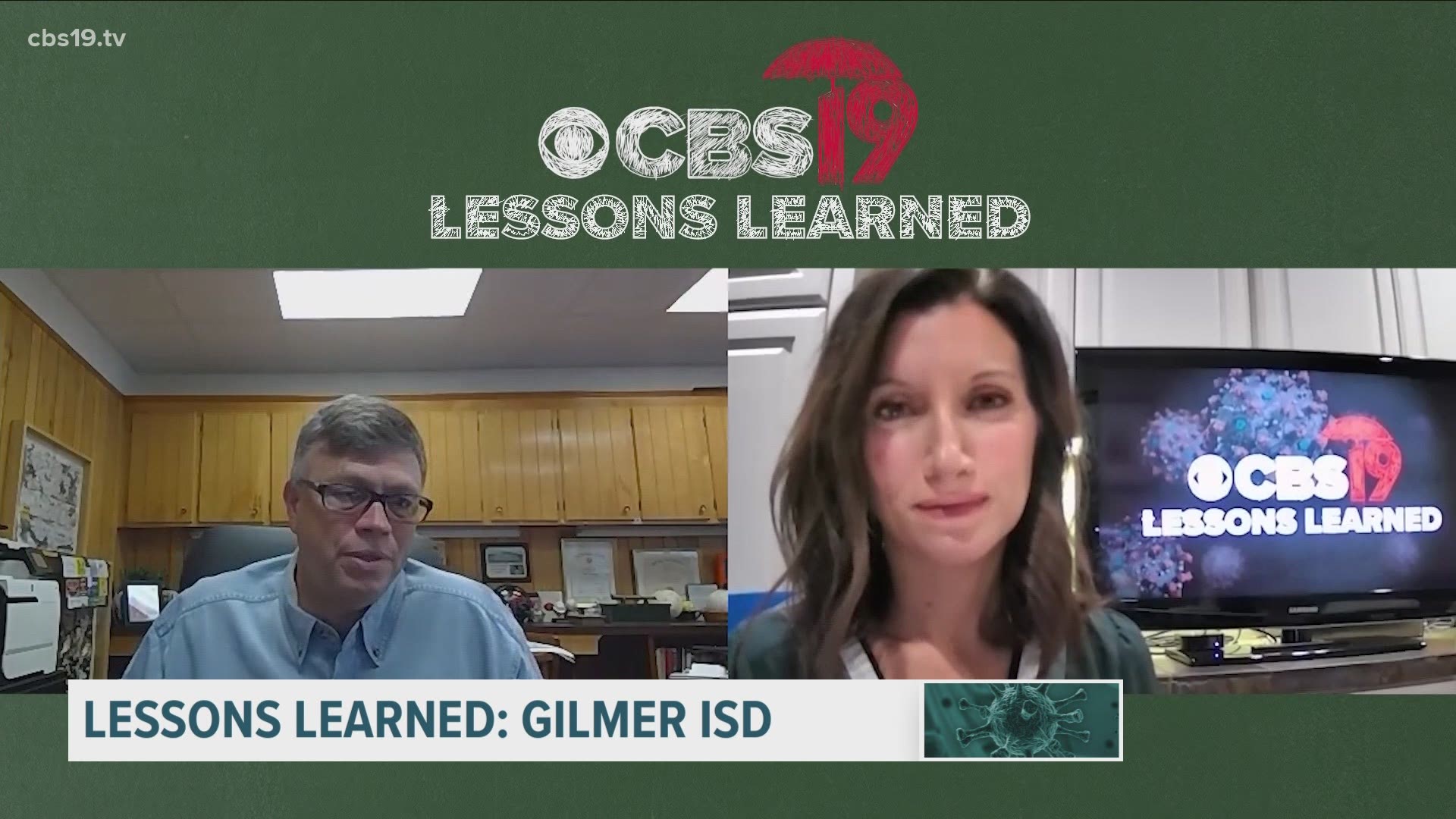 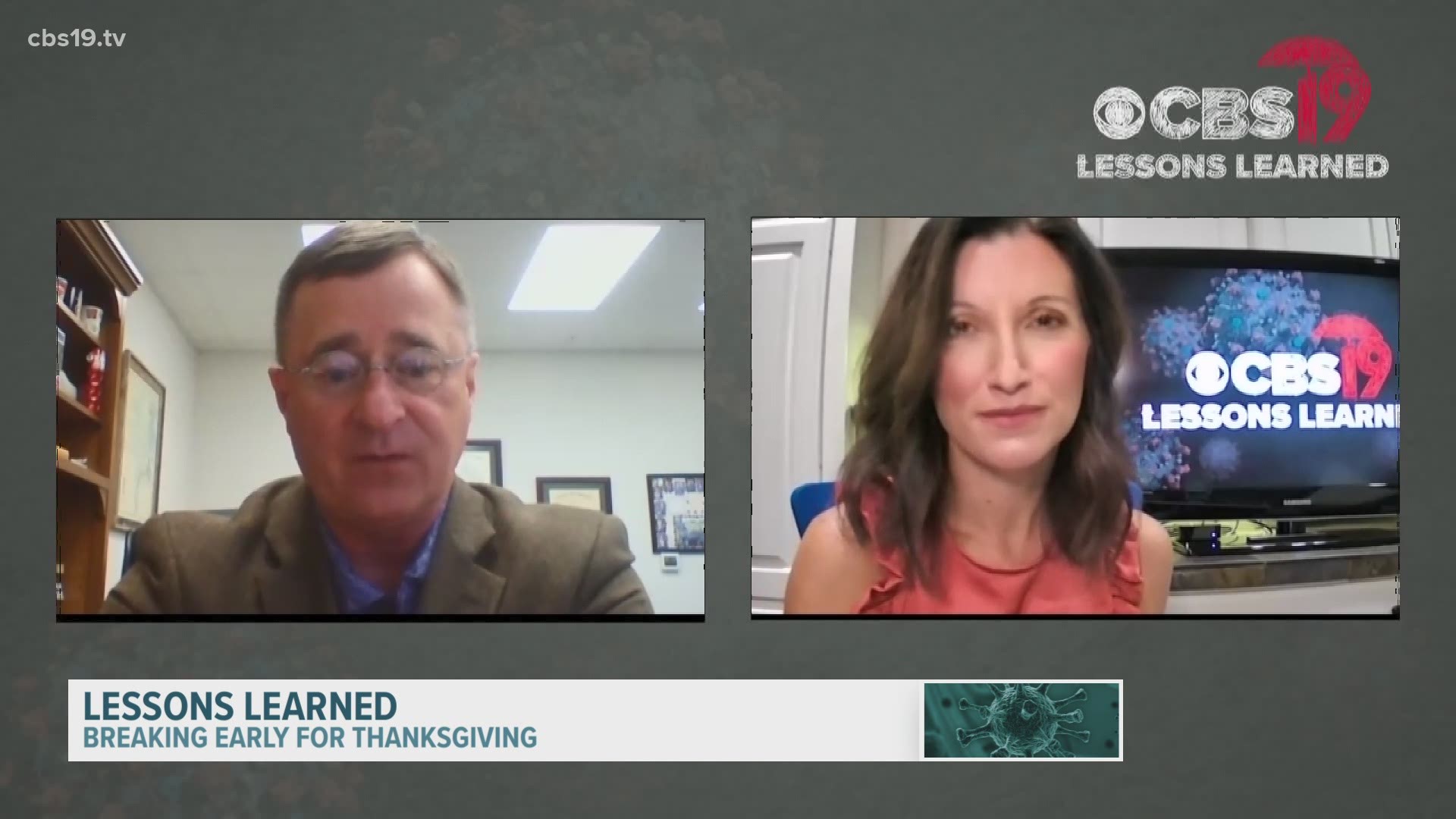