In a series of letters, Democrats and Republicans say standardized testing would be harmful for students during coronavirus pandemic 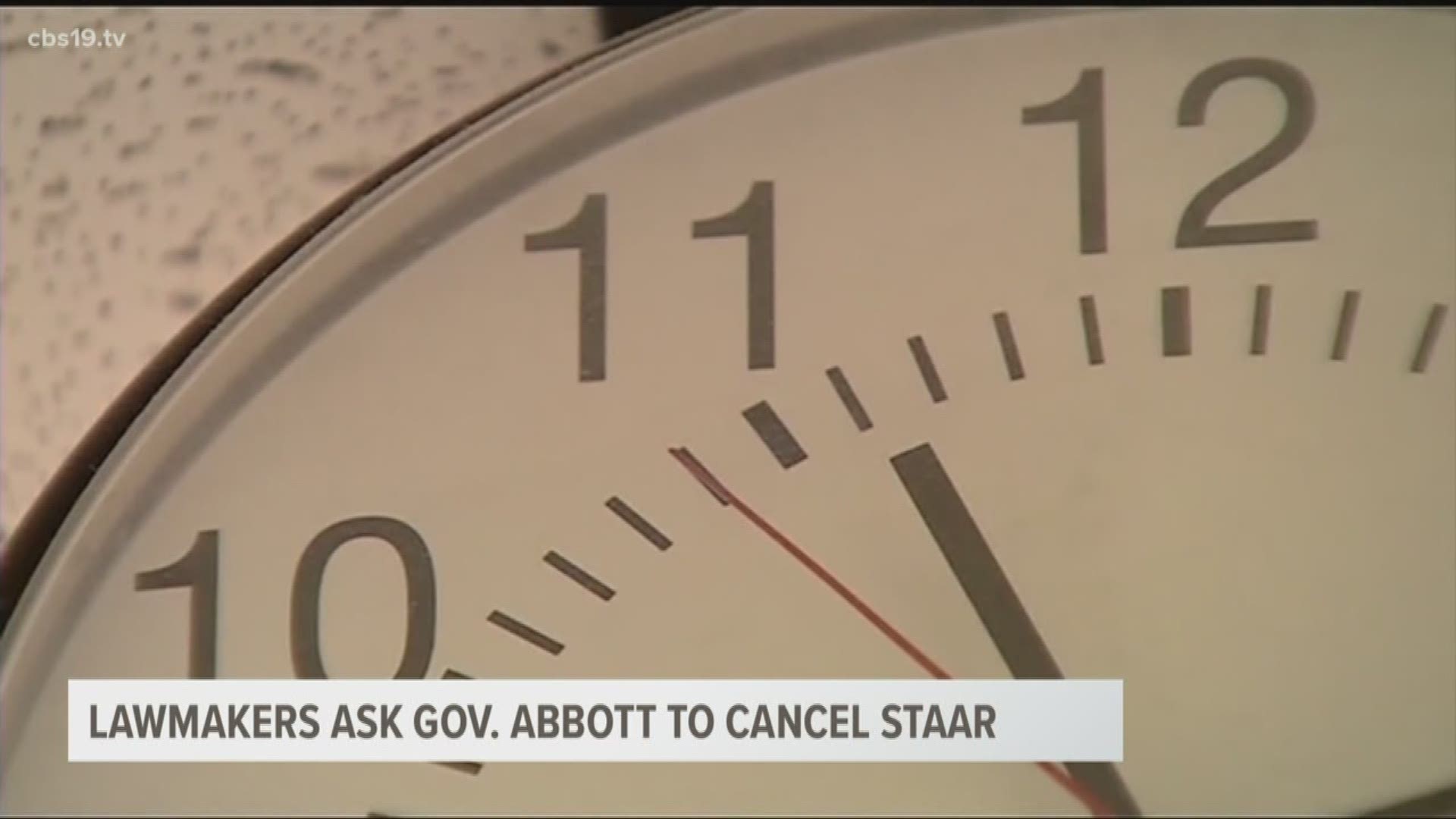 TYLER, Texas — Schools haven't started, but there is a growing list of lawmakers and educators who want to make a big change to the calendar.

“The first line of concern in getting our kids back on campus—or even working with them remotely—is safety and health,” State Rep. James White (R-Hillister) said. “Okay? If we don’t have safety and health, it doesn’t really matter what we do on the academic side, right?”

White believes students should take the STAAR test this year but asked that it have no impact on a school’s performance score. “I don’t want to get an accountability rating that really tells me who dodged COVID-19 and who had a hot spot,” he said.

“Flexibility for local schools regarding STAAR testing should be the priority. Let local school leaders decide whether to use the STAAR assessment this year. They will know whether teachers and students are prepared. But regardless, the state should act now to press pause on using any STAAR results for accountability ratings because of the great differences in how schools across the state are dealing with COVID-19.”

While White wants to see students take the standardized exams this year, many other legislators do not.

“We gotta be lightening, loosening the grip, not tightening it on state testing,” State Rep. Jeff Leach (R-Plano) said. “It’s a perfect opportunity for us to rethink STAAR altogether.”

Leach says he would like to get rid of the STAAR test permanently. He explained that, as a father of three, he sees first-hand the level of stress testing imparts on children.

Leach says he has heard many similar claims for parents and educators in his district. “And when they’re telling us that the test does more harm than good,” he added, “that it’s not serving the purpose it’s intended to, then we as policy members have to act. This is one of the clearest policy decisions, to me, to do away with the STAAR test and trust our local educators and our local communities to do what they think is best for their school districts.”

The idea has support from both Republicans and Democrats. State Sen. Judith Zaffirini (D-Laredo) wrote in her letter to Gov. Abbott and Commissioner Morath that standardized testing only works when students have some uniformity in curriculum and instruction time. “The current environment, with localized outbreaks that will disrupt schools, vastly different access to technology, and volatile economic conditions, is inherently unequal and unpredictable.

“Administering the 2020-21 STAAR will provide metrics, but they ultimately will be meaningless, if not outright misleading. Our money would be better spent elsewhere.”

Roylena Stewart-Sparrow, President of the Tyler Education Association, says teachers in the Tyler Independent School District want testing canceled, as well. She believes testing would create a larger educational gap between those students who were able to remain engaged with schooling during the spring and those who could not. A recent report from the TEA showed that more than 10% either did not complete assignments after classes were canceled in the spring or lost contact with their teachers.

“That is not going to do nothing but cause anxiety and stress amongst the kids who are currently in a situation where we don’t know what tomorrow brings as far as the pandemic,” she said.

“Because you’ve gotta look at how many months we have been out of a structured setting. We gotta first get them back into a structured routine to be able to comprehend and obtain the knowledge that they have lost since we’ve been in the unstructured environment.”

White, a former teacher, says he had no doubts about the ability of educators to do the best possible job, even without a test to hold them accountable.

“I know some of the rhetoric by political hacks,” he said. “You know, ‘if you don’t have this one standardized test at the end of the year, teachers will not teach the other 182, 181 days a year.’ That’s not the representation or experience that I had.”

He and Leach agreed that there will be ways teachers can measure how much students know as they begin the school year and how much they learn.

“I trust our local educators, in conjunction with parents, and students, and experts, to come up with what works for their respective communities,” Leach said. “The state can offer resources and options. But, the STAAR test, in my opinion, although it serves some good, is overly burdensome and does more harm, more damage, than good all across this state.”

Gov. Abbott told Spectrum News in Austin last week that he does not anticipate a decision about STAAR testing will be made before the school year begins. The first STAAR tests are scheduled to begin Dec. 8.

Leach says he would prefer the governor act now rather than wait. “We need consistency and we need confidence in our system,” he said. “People will need to know what’s in store for them in the next several months, and delaying this decision is, in my opinion, not smart. There’s no reason that decision can’t be and shouldn’t be made now.”

Stewart-Sparrow says the cost of the exams is another reason to not administer them. During a time when money is tight at the state level, she says STAAR is expected to cost approximately $73 million this year. “And that’s $73 million that we could utilize in resources to help close the students’ educational gaps,” she said. “Resources for students in classrooms, teachers, campuses.”