The Texas chapter of the American Federation of Teachers has created a website for educators and parents to voice their concerns about COVID-19 in schools. 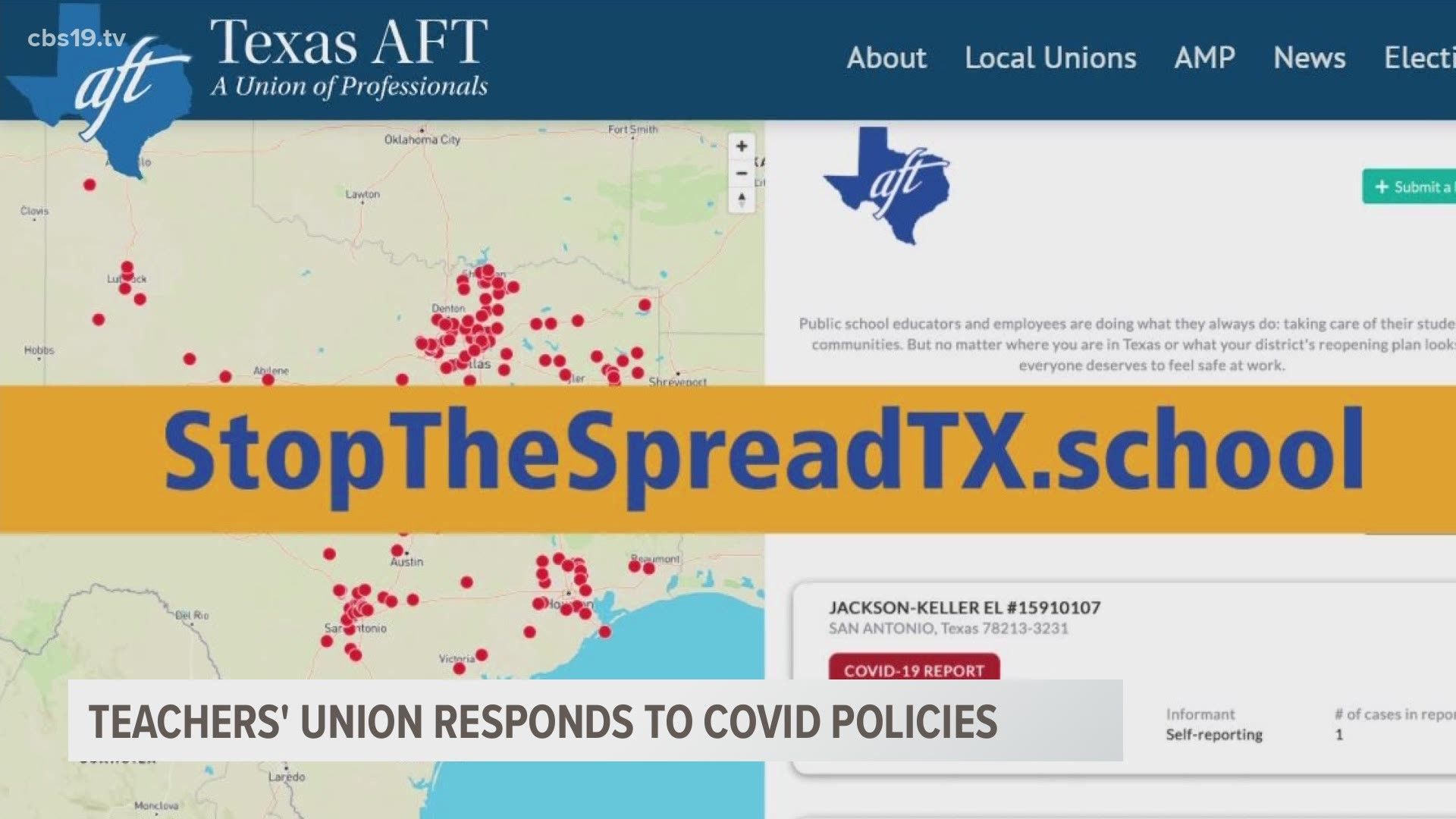 TYLER, Texas — The return to on-campus learning has been a rocky one for many schools across the country.

Now, the Texas American Federation of Teachers (TAFT) is opening up a new way for educators and parents to voice concerns about what's happening at schools amid the COVID-19 pandemic.

Capo says his organization has received hundreds of complaints in the last few weeks — most of which concern mask wearing on campus.

"The overwhelming number of safety reports that really concern us, is the lack of proper masking by students and frankly, by staff members on campuses," Capo said. "And the idea, particularly of those that are reporting, is there far too many of them that are being made to feel like they're the heavy if they're asking people to put on their mask."

The union has created a website called "Stop The Spread Texas" where educators and parents can report concerns as well as COVID-19 updates in real time.

"We thought this was a great idea for our employees to be able to share information," Capo said. "What is actually really happening on our campuses? Are safety plans being implemented with fidelity and in the way that they were communicated to employees to parents and community members? And so we made a decision, once we started really looking through the data, to make this information public because we thought it's just as important for parents as it is for educators to know what's happening on their individual campus."

The union does address the grievances reported and tries to reach out to the school district to come up with a resolution.

"We've had contact from members in the Tyler area, regarding some of their concerns, and hopefully they've been addressed," Capo said.

According to the website, there are reports from nearly every district in the East Texas, including Tyler, Longview, Whitehouse, Bullard and New Diana.

Capo says because of these reports and the rise in COVID-19 cases, his organization is against forcing students to return to campus.

"I know that there are tremendous challenges but if we're giving individual parents the right to receive an education in person, then I think that we also need to give those that want their kids to learn online and option as well," Capo said. "Because I'm really concerned that if we don't, and parents want their students to remain online, or remain safe and home, they're going to simply unenroll their student from public school."