The proposed bond is $40 million. 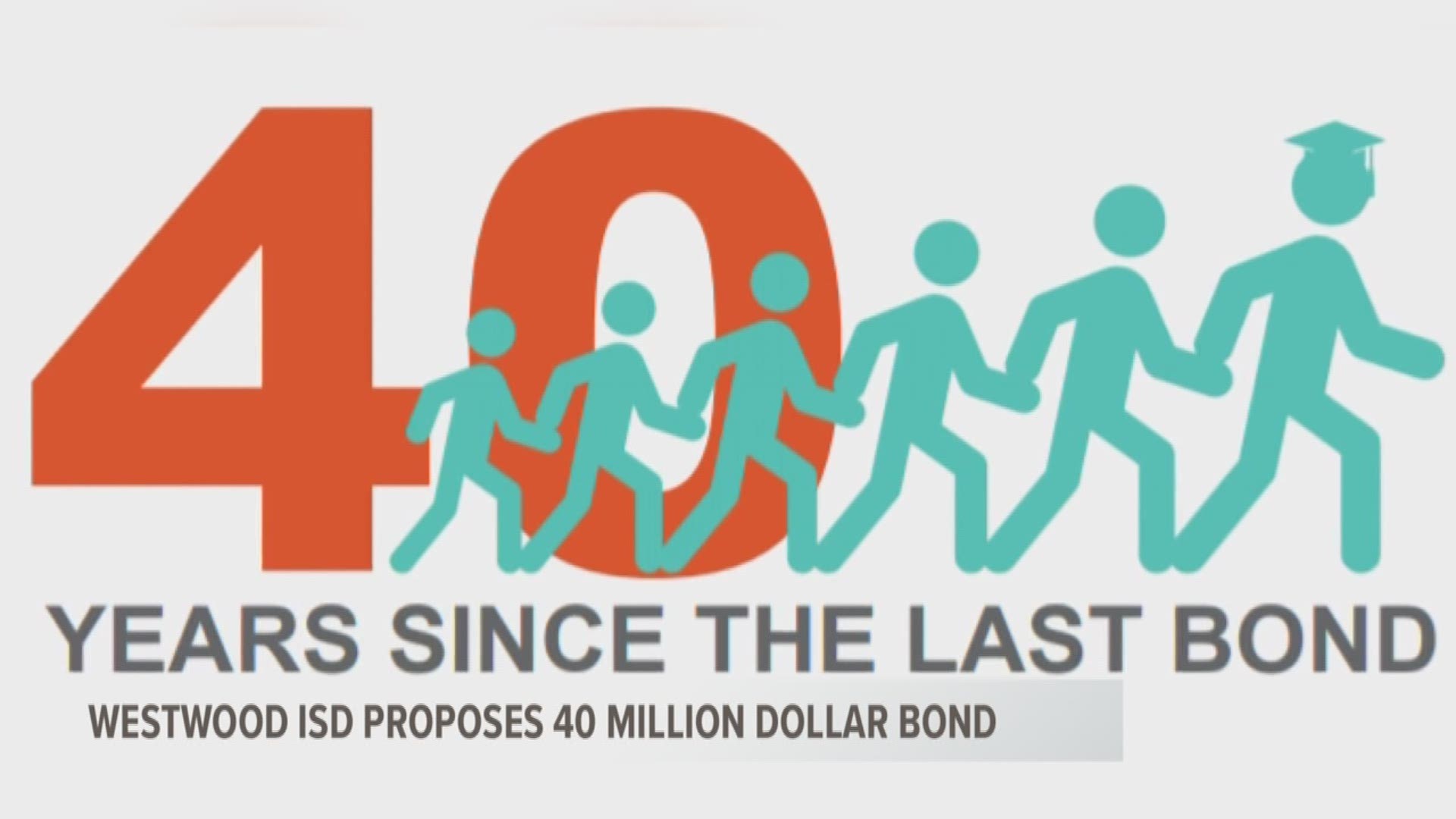 PALESTINE, Texas — Westwood ISD is hoping to pass a proposed bond that would go towards renovations.

The proposed bond is for $40 million and would re-purpose the high school building to serve 6th through 12th grade students. The existing junior high would become a new elementary school.

The district says the projects would happen over the course of several years.

"The projected time frame on that is approximately three years. So new construction would take place on the high school first," Wade Stanford, the Westwood ISD Superintendent, said.

Although the district has tried in the past, Westwood ISD has not passed a bond in 40 years.

"We attempted it in the spring and the May election, a $39 million bond that failed by a slight margin," Stanford said.

According to Michael Page, the Facility Advisory Committee Chair,  the margin in the May election was only five votes. After talking to community members, the district came up with another proposal.

This version applies a tax based on the value of your home.

While the tax would affect all property owners, there is an exception if you are over the age of 65 and ask for a homestead exemption.

You can apply for the exemption with the Anderson County Appraisal District.