FIGHTING FOR THEIR LIVES: Parkinson's patients take up boxing for therapy

If you woke up tomorrow unable to move your arms and legs effectively, what would you do? Those who have that dilemma are choosing to step into the ring. 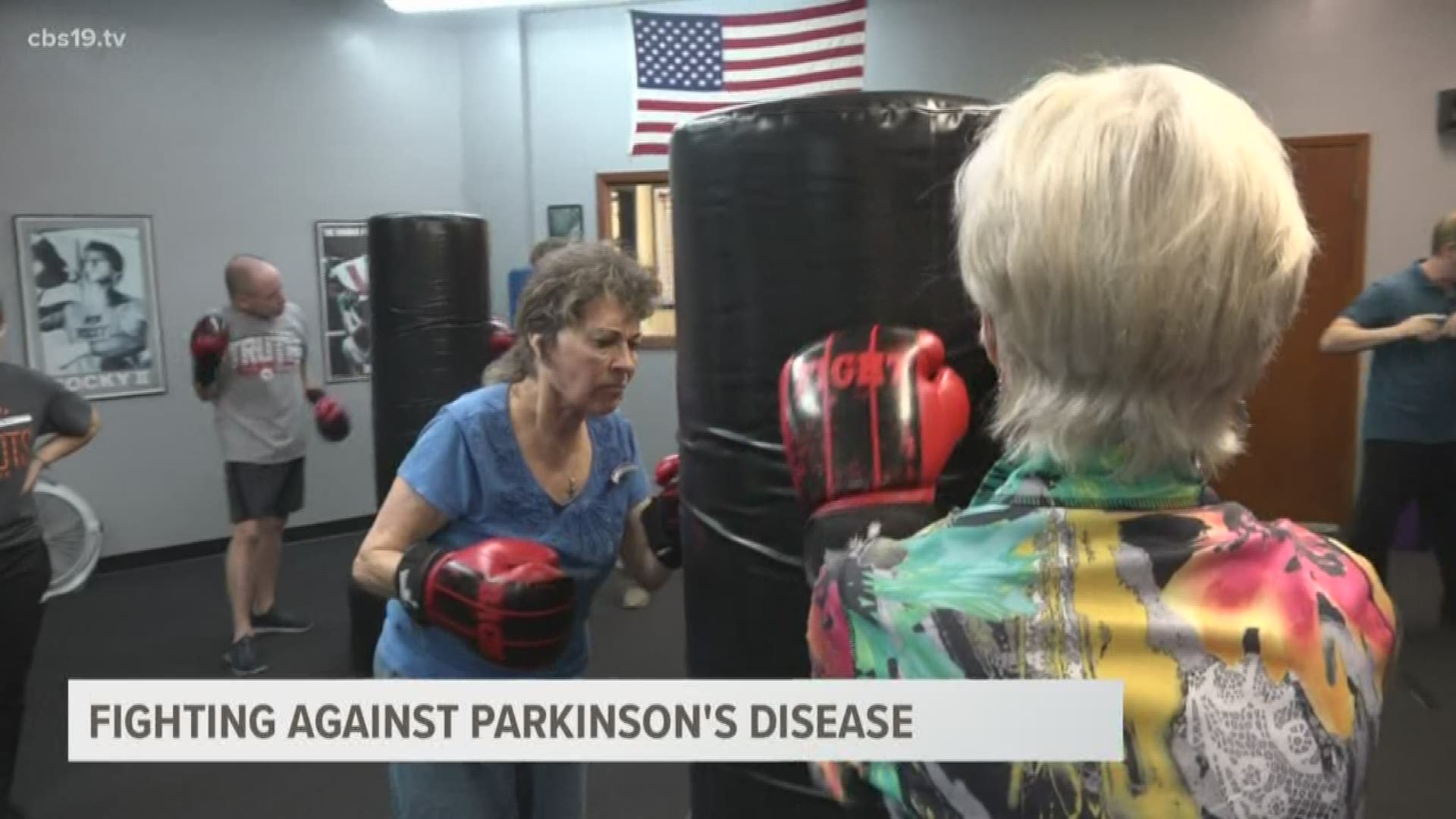 TYLER, Texas — More than one million Americans suffer from Parkinson's Disease, according to the National Parkinson Foundation.

Parkinson's Disease is an aggressive disorder that effects peoples mental and physical health and can get much worse over time. It affects patients' feet, hands fingers and toes. Parkinson's debilitates the nervous system and causes many bodily functions to fail.

However, instead of sitting on their diagnosis, some patients in East Texas are standing up against the illness to fight it head-on.

Every Monday and Wednesday at Tyler Kung Fu and Fitness, those who struggle with Parkinson's participate in Rock Steady Boxing.

"We take people that have tremors," boxing coach Brandon Jones said. "They may have balance issues. They may have posture issues, where they may stoop. We get them to stand up straight, operate good breathing exercises, good balance. You would be amazed at how well some of these people have transformed."

Those with Parkinson's disease can lose their smell, sleep and memory. Unfortunately, it is incurable.

"You can't get rid of it." Yale Swatzell, a Parkinson's patient in the Rock Steady Boxing program, said. "If you do things to slow it down, you can deal with [it]."

In addition to refining memory skills, movement and balance, many are learning how to fight against the common disease.

"You have to keep motivated and then you can see yourself progressing sometimes fast and sometimes a little slower," Swatzell added.

No matter the pace, Coach Jones is keeping the momentum.

"Here is a niche of folks that in a lot of cases, there's not much exercise for them," Jones said. "I can take my expertise and the fighting world and then give it to folks who really need it who are truly fighting for their lives." He added.

With every punch, some who suffer from Parkinson's disease are fighting back, together.