Forget Area 51, you can storm the Longview Animal Care and Adoption center to take their 'aliens'

In lieu of Area 51, multiple animal shelters are saying you can storm their facilities because there are sure to be "aliens." 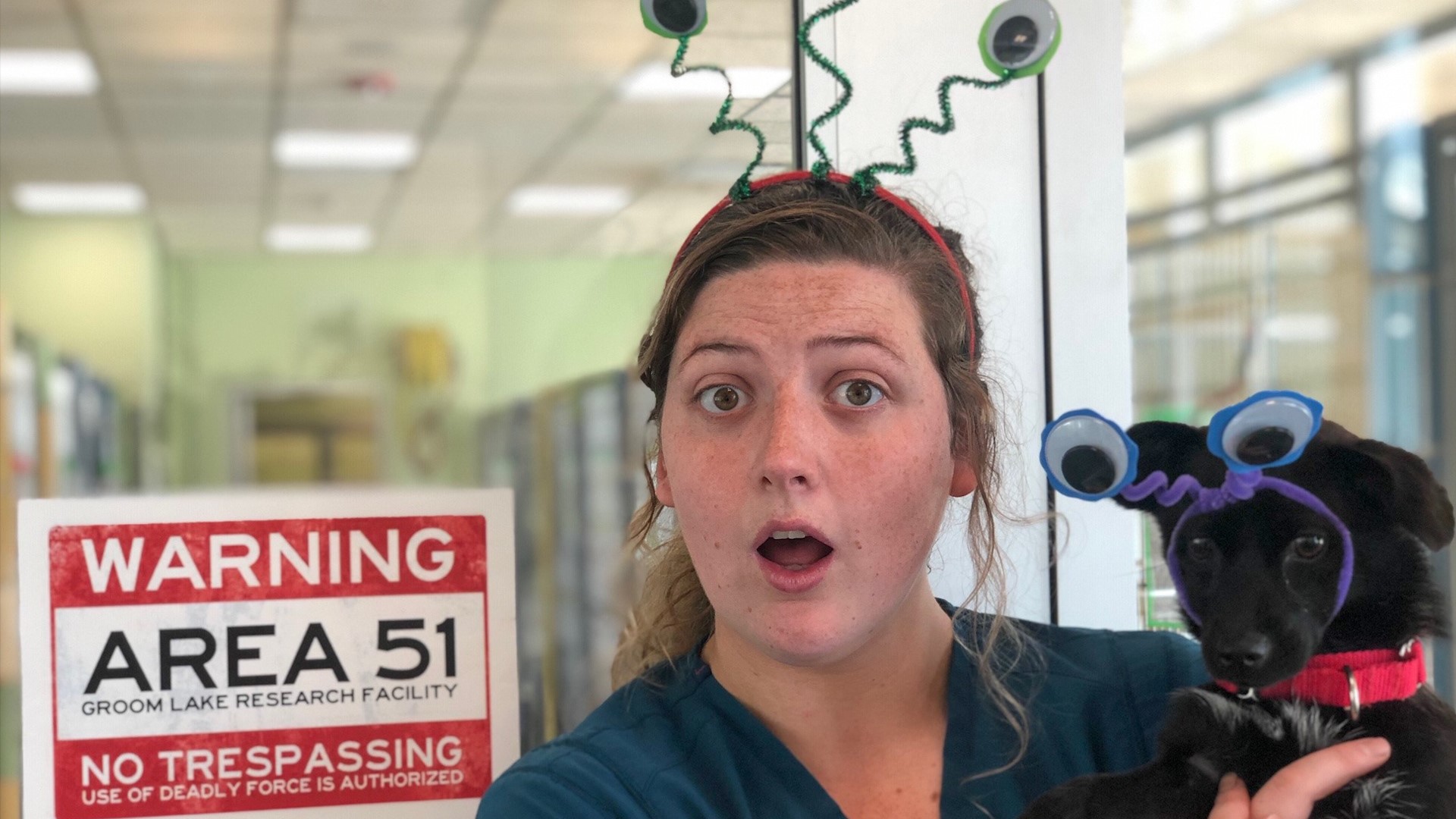 A viral Facebook event calling for people to storm Area 51 has caused quite a stir on social media, in the news and even with the military.

The cheeky event has become popularized as an attempt to force entry into the classified military base to find alleged aliens hidden by the government.

The event, 'Storm Area 51, They Can't Stop All of Us,' lays out a simple, yet strategic plan: "We will all meet up at the Area 51 Alien Center tourist attraction and coordinate our entry. If we naruto run, we can move faster than their bullets. Lets [sic] see them aliens."

Though the event was meant as a joke, with just shy of two million people marking themselves as "going" on the event's Facebook page, the U.S. Air Force seems to have grown wary.

"Any attempt to illegally access the area is highly discouraged," the U.S. Air Force warned in a statement Friday.

Luckily, there appears to be another way of seeing these so-called aliens. And photographic evidence of the foreign beings shows they're quite cute... and surprisingly fluffy.

To further entice any intergalactic hunters, the Texas-based animal shelter posted a variety of pictures of their adoptable pets aliens, complete with antennas, third eyes and horns.

Photos: In lieu of Area 51, animal shelter says you can 'take their aliens'

1 / 10
Longview Animal Care and Adoption Center
This Texas animal shelter claims to be Area 51's secret second location and says you can take their 'aliens.'

“We won’t resist, you can take them all,” Longview Animal Care and Adoption Center said.

Longview Animal Care and Adoption Center Manager Chris Kemper said his staff is always brainstorming creative ways to shine a light on the shelter and their animals.

"Like every other shelter in the country, we're inundated with puppies and kittens, more coming in than getting out so we're always finding unique ways to get people into our facility and animals out," said Kemper.

During shark week last year, the shelter's staff found a way to transform their puppies into sharks with attachable fins.

So, the idea of dressing the cats, dogs and even the bearded dragon up in extraterrestrial attire surfaced as the staff followed the Area 51 news closely.

"You never know how an idea like this is going to turn out," said Kemper. "We hoped for a decent response locally, but never expected it on a worldwide scale."

The internet’s reaction was out of this world. Within two days of posting, the photos have been shared on Facebook over 30,000 times. Kemper said the shelter has received responses as far away as South Africa and Australia.

For an animal shelter in a 70-person Texas town, Kemper said the response was incredible. Within hours of posting Saturday, the shelter had 20 animals find new homes. They hope the high flow of adoptions will continue throughout the week.

"It's really cool that our small little shelter has been thrown on the world stage," said Kemper. "Our staff works so hard to give these animals a second chance."

RELATED: Thinking about raiding Area 51? How about storming this Oklahoma animal shelter?

Like the idea of forcibly exploring Area 51, dressing adoptable “aliens” up is catching on. An animal shelter in Oklahoma also participated, dressing their adoptable four-legged friends up in tin foil hats and antennas.

It might not be on Mars, but Area 51 has helped plenty of these adorable aliens in finding their forever home.

"We're extremely grateful for everyone that took a moment to share and send us a message," said Kemper. "Every animal that's adopted is a life saved."

Check out all Longview Animal Care and Adoption Center's adoptable "aliens" by visiting their website and Facebook page. 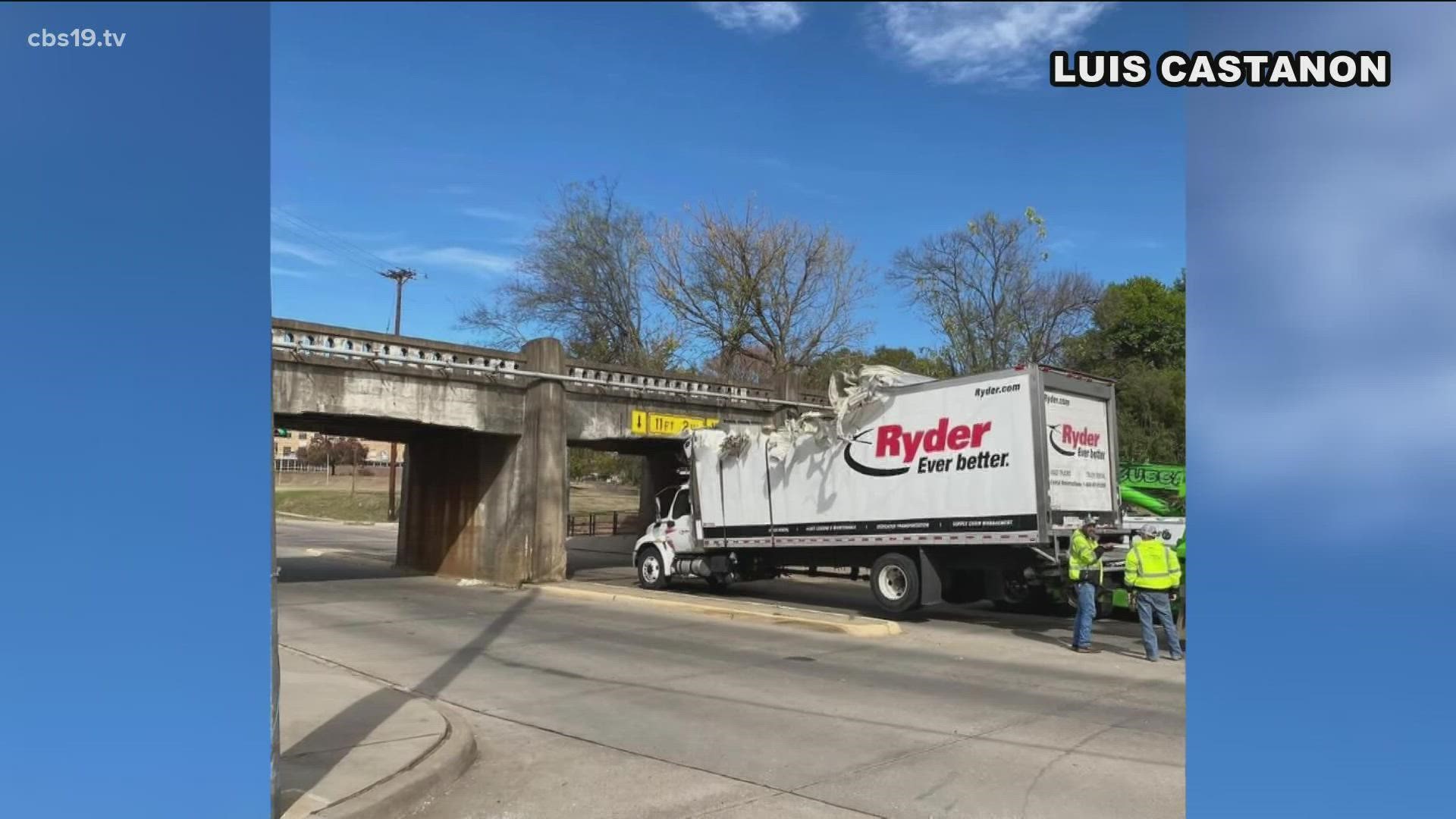