Mark Lee Dickson, who was behind Waskom's abortion ban, presented his case to the Gilmer City Council. 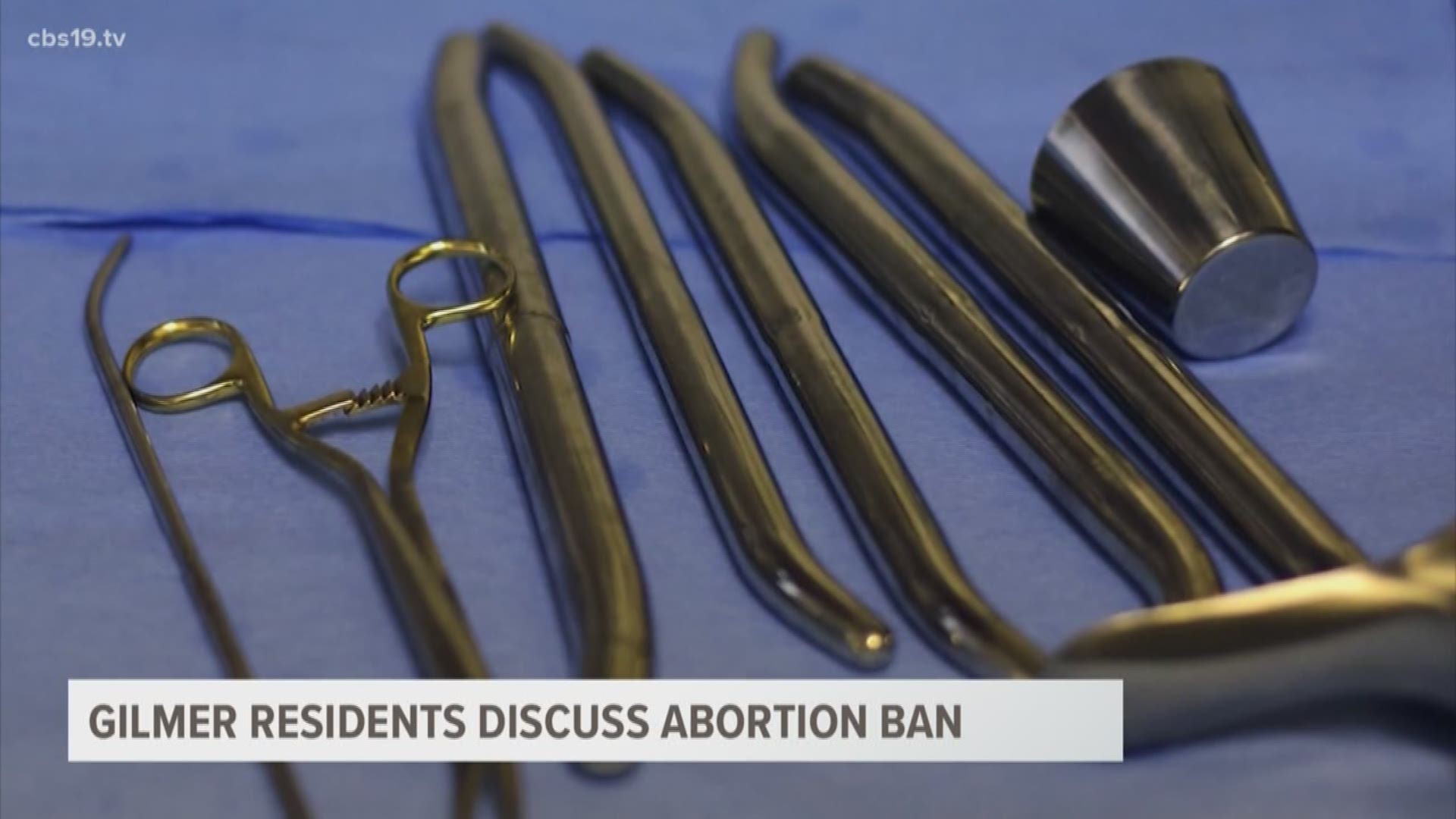 GILMER, Texas — The Gilmer City Council meeting had a full house Tuesday evening with many residents in attendance to hear about possible changes that could be coming to the city.

Road construction and budgeting were some of the issues discussed during the meeting. However, the main topic of interest came at the hands of a White Oak resident during the citizen comments portion of the meeting.

Leader of Right to Life of East Texas and pastor of Baptist Sovereign Love Church, Mark Lee Dickson, who was behind the City of Waskom declaring itself a "Sanctuary City for the Unborn," spoke on the issue. Dickson also pushed for the ban in Mineral Wells, but the council took no action on the matter.

RELATED: Waskom remains committed to abortion ban while Mineral Wells votes to take no action on the same

"I'm here before you guys today cause there's an issue that's going on in our nation that's of great concern in every single city and that's the current modern-day Holocaust of the killing of unborn children," Dickson said.

Gilmer residents then had the opportunity to discuss why they believe implementing an abortion ban is beneficial for the community.

Wright says many women have come to the home seeking help, some of whom are homeless.

Gilmer resident Morgan DeShazer used the public participation portion of the meeting to share her story with abortion.

"The Lord just reminded me if we don't do this, we don't take a stand for this pro-life movement out of his love, nothing is going to be done," DeShazer said.

"I know that when we take a stance for God's heart that we will begin to see a  flourishing," Gilmer resident Cassie Hutton said. "We can't flourish if we're putting on a mask and a smile on the outside."

Dickson says he hopes to make abortions illegal across Texas.

"I believe this is the civil rights movement of our day," Dickson said. "Those unborn children, they deserve equal protection under the law."

We knew it was coming,” Gilmer Mayor Tim Marshall said in an interview with CBS19's newspaper partner, the Longview News-Journal. “It’ll be coming to a lot of these cities. I’m trying to look out for the good of all the citizens of Gilmer. There’s a lot of legal ramifications that come from that (ban). And since we are the fiscal caretaker of the taxpayers’ money, if we’re going to open ourselves up to the great expense and the great liability of doing something like that, we’ve got to think of the city.”

The council is not allowed to respond to subjects brought up during the public comment portion of meetings unless they are on the meeting agenda. After Tuesday’s meeting, every council member who was asked declined to comment other than to say he would not oppose formal discussion of an ordinance, according to the Longview News-Journal.

Don't forget to download the new CBS19 app on your Apple and Android devices. If you already have the app, an update may be necessary. We've got you covered!