"I don't want there to be any stigma or shame about needing a bit of assistance because we all need a hand sometimes." 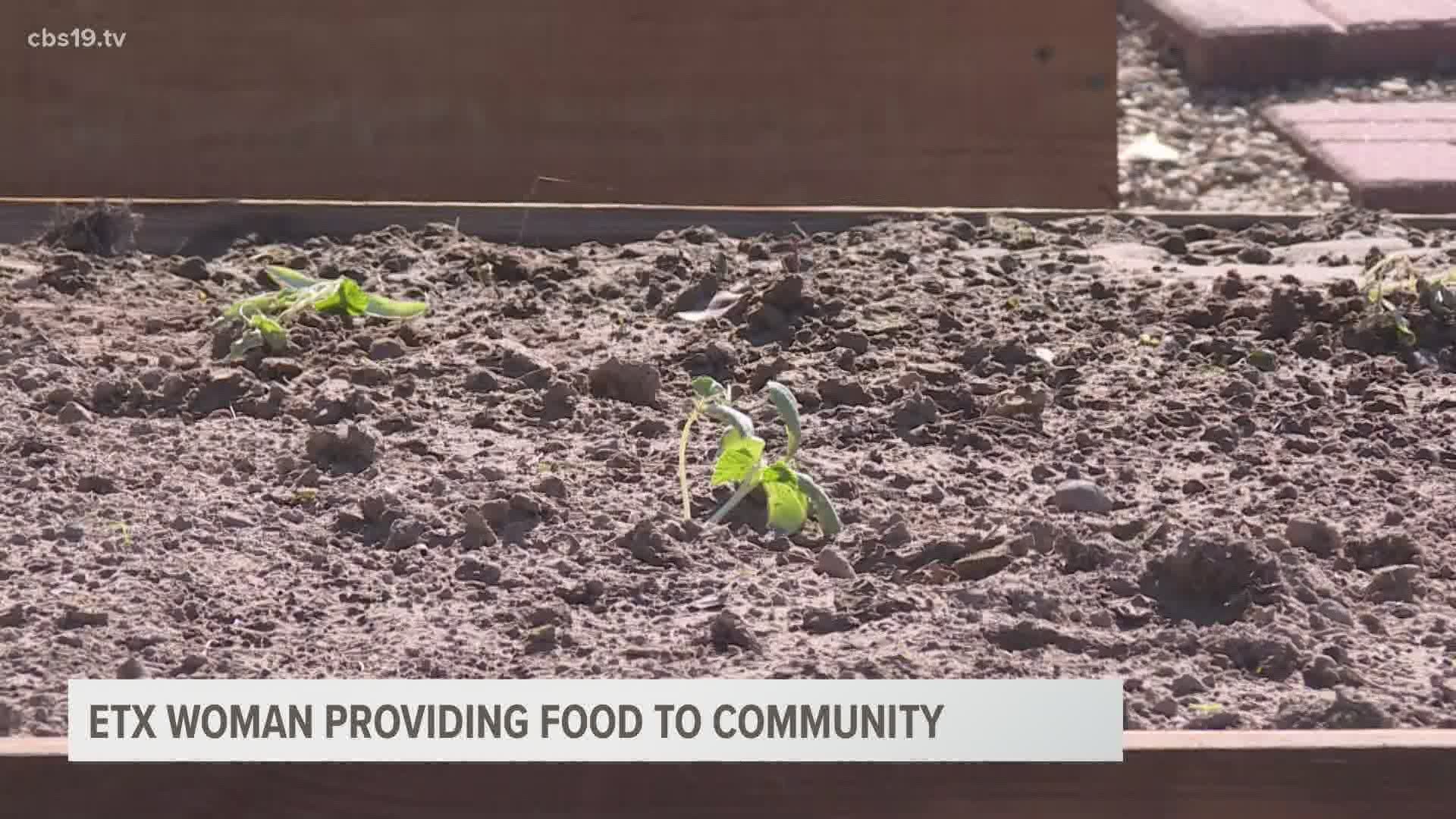 GRAND SALINE, Texas — When the pandemic hit, Ashton Sauseda moved back to her hometown Grand Saline. As she adjusted to life back in the country, Sauseda grew concerned about access to fresh foods for her community.

"Being with my mom, I was hearing stories about how this was affecting her students," she said. "While I'm not a millionaire, I'm not someone who's experienced with nonprofits, I have agriculture experience and I'm really passionate about people having access to organic natural food."

After learning some of what her mother's students experienced, the 24-year-old began thinking about what she could to help.

"Several of our other students, they need extra assistance, some things don't click as fast as they should and primarily it's brain fog from nutritional deficiencies," Sauseda said. "And that's where I started to think this is not only about access to food, it's about access to whole foods."

The idea to turn her family's garden into a way to provide fruits and vegetables to the community sprang to life from there. Sauseda decided on the name Ruth's Pantry, based on the "Book of Ruth" who in the Bible is a model for acting on the behalf of others.

The nonprofit was created in January, and since Sauseda has developed a board with some community members. A donation from Ruth's Pantry's garden was made on Thursday to the First United Methodist Church of Grand Saline, a local food pantry.

"I plan on following their [the church's] donation schedule and delivering to them the day of their donations, which is once to twice a month dependent,” she said.

Three dozen eggs were also donated to the food pantry. Sauseda's family has chickens, which she says the eggs will be used for Ruth's Pantry.

In the garden, there are tomatoes, zucchini, squash, name of pepper, eggplant, beans, sprouts, peas, strawberries, watermelon, herbs, and more growing. Sauseda plans to expand it more and add things like onions and beets.

As things come to life, she hopes to expand not only people's access to fresh foods but to the garden itself.

"The reason I'm doing raised beds by and large, and raised containers are so that it's accessible, regardless of your age or ability," she explained. "I want this to be an open space for everyone to feel welcome to come here. Not only do I want this to be about good food, but I want people to feel like we're growing together, not just food."

In the future, Ruth's Pantry will have a stand with fresh produce for people to pick what they'd like on a donation basis. Sauseda also hopes to work with other food pantries.

"I don't want there to be any stigma or shame about needing a bit of assistance because we all need a hand sometimes," Sauseda said. "This has the potential to grow and expand, and I want to get food into schools in the summertime for people who are dependent on school lunches."

RELATED: St. Paul's Children's Services in Tyler seeking donations after having to discard nearly 1,000 pounds of meat due to power outage