The unemployment rate in Southeast Texas remains among the highest statewide. 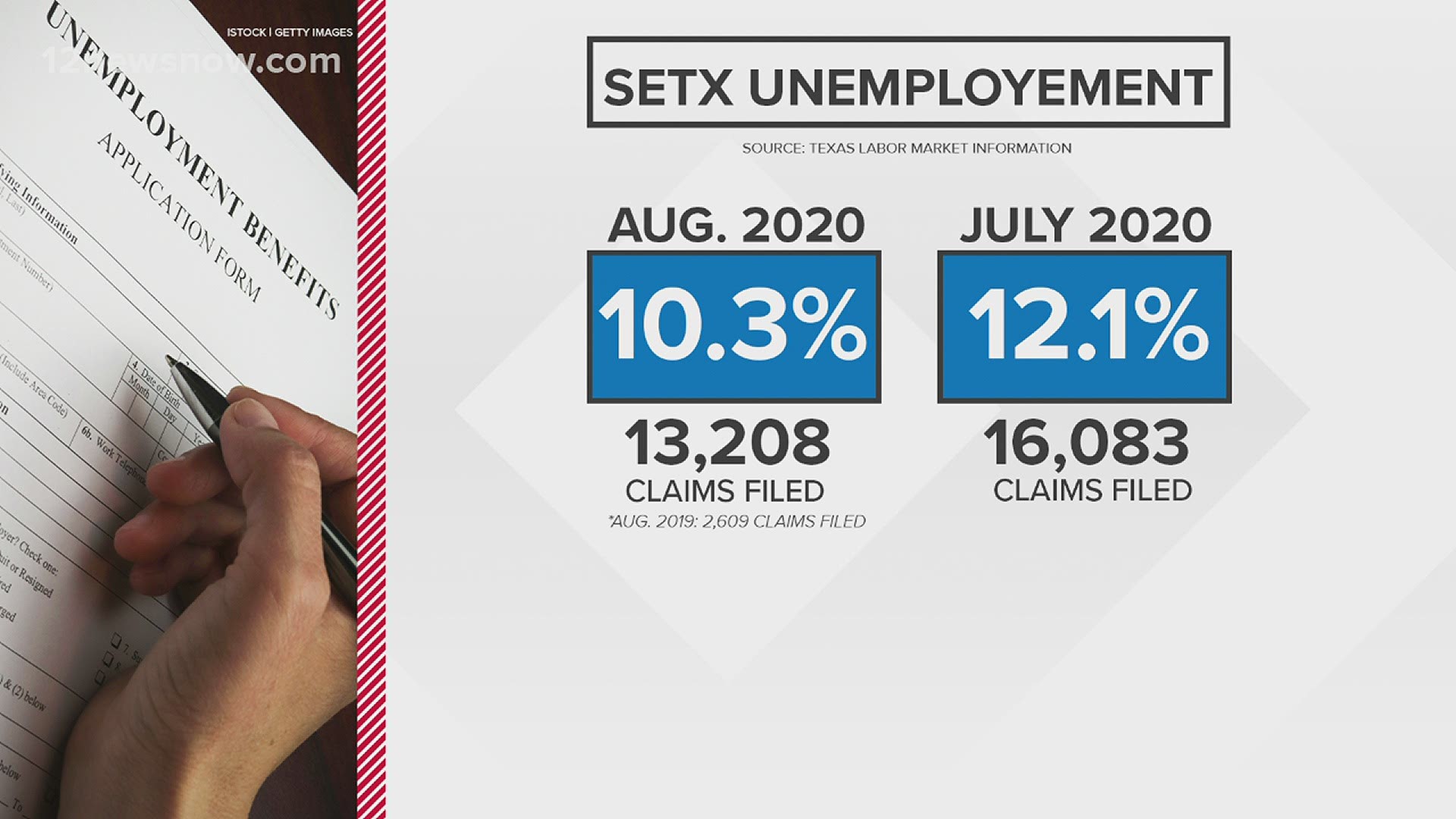 JEFFERSON COUNTY, Texas — New unemployment numbers released Friday give an overview of the side effects of COVID-19 and the price Southeast Texas is paying for the pandemic.

12News Investigates is looking into the stats.

The unemployment data collected by the state includes Jefferson, Orange and Hardin Counties. The unemployment rate in Southeast Texas remains among the highest statewide.

August's data was released Friday morning, and the numbers do show slight improvement from July. The unemployment rate went from 12 percent to 10 percent, showing that 2,400 people in the Golden Triangle found jobs.

The overall rate is much higher than the rest of Texas and the US. While there have been dramatic improvements since the pandemic began, Southeast Texas is still higher than the state and national average.

Some improvements are being made and experts said that trend should continue now that the state is opening back up.