Here are the latest COVID-19 updates, closures and postponements in Central Texas for Tuesday, Sept. 8. 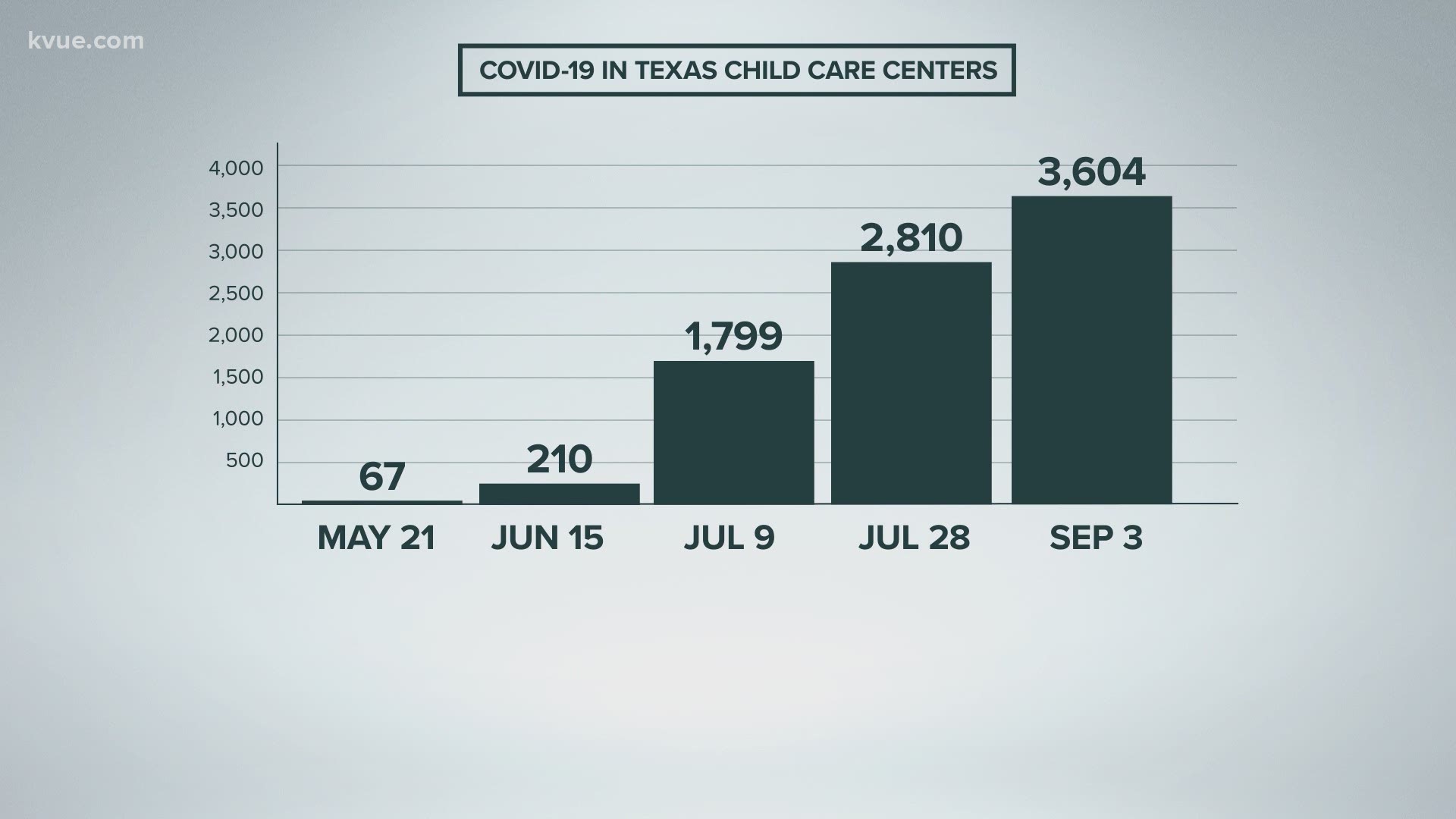 AUSTIN, Texas — Editor's note: This blog is no longer active. For the latest updates, check out our new blog here.

KVUE is keeping you updated with the latest coronavirus, also known as COVID-19, news in the Austin area.

Scroll down for the top headlines and latest updates in KVUE's Sept. 8 live blog.

6:30 p.m. – As of Tuesday evening, the City of Taylor is now operating in Phase 3 (yellow) of its newly adopted four-phase reopening plan.

According to the City, Taylor would have been in Phase 2 (orange) for the past several months. It moved to Phase 3 as of today, which allows for a modified opening of the Public Library, social gatherings of up to 25 people, and the opening of several park facilities that had previously been closed. In addition, Phase 3 allows for events at city facilities with limited capacity if event organizers submit a safety plan acceptable to the City and follow UIL rules where applicable.

The positivity rate average for the Austin metro area is at 6.82%.

Travis County currently has 122 people hospitalized from COVID-19, with 42 in the ICU and 26 on ventilators.

The state reported 61 new deaths on Tuesday, bringing the death toll to 13,553.

There were 3,701 new hospitalizations from COVID-19 in Texas on Tuesday, with the weekly average down 11% from a week ago.

The state's positive test rate average is at 8.41%.

The block grants are appropriated as follows:

The money will be used to help localities prevent, prepare and respond to the coronavirus.

1:30 p.m. – The Travis County Sheriff's Office reports two more positive cases among its inmate population. Both inmates were held in quarantine when tested.

There are currently zero inmates housed in the Quarantine-Confirmed Positive unit. They’ve all either been cleared by medical staff or have been released from custody via bond or sentence completion.

12:35 p.m. – Travis County Parks announces that Hamilton Pool Preserve will reopen starting today. Reservations are required, though fewer than normal will be permitted each day.

Swimming in the pool will not be allowed. Visitors will still be able to hike to the pool and waterfall, but the trail to the Pedernales River will be closed. No guided hikes or educational programs will be taking place.

Visitors are asked to wear face masks, practice social distancing and bring their own hand sanitizer.

11:20 a.m. – The City of Austin announces it is offering $10 million in Relief in a State of Emergency (RISE) 2.0 funds to citizens of Austin and Travis County. Click here for more information.