Background checks to buy a gun breaks records during COVID-19

Federal statistics on background checks show the month of March was the highest month on record for people applying to buy a gun. 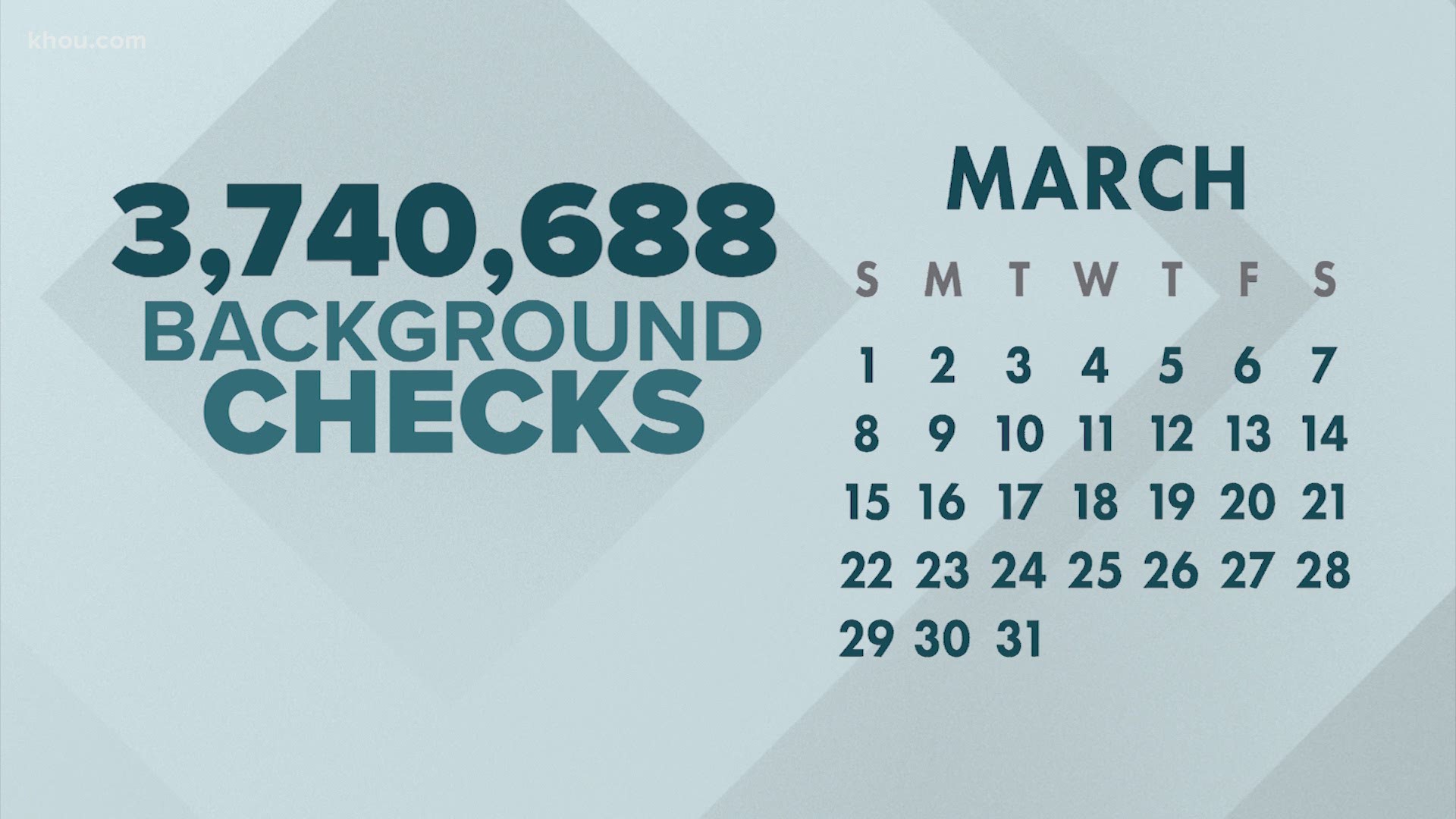 HOUSTON — The coronavirus pandemic has made a lot of people want to buy a gun, or at least, that’s what the numbers say.

Federal statistics on background checks show the month of March was the highest month on record for people applying to buy a gun.

We’re not talking record-breaking from just the past few years. These numbers on gun sales have been some of the highest in over two decades -- since the FBI started tracking background checks in 1998.

Every time there’s a spike in gun sales, it’s usually after some event.

This event, of course, is coronavirus.

These numbers are just on background checks, not gun sales, and they don’t actually say if a person was approved or denied, but they’re still astounding.

March was the highest month for background checks ever with 3,740,688 initiated. Nearly 4 million people applied to buy a gun in March, and April was the fourth-highest with 2,911,128 checks.

Other top months include December 2012 with 2,783,765 checks, which was right after the Sandy Hook Mass shooting, and December 2015 with 3,314,594 background checks initiated right after former President Barack Obama called for gun control measures following the San Bernardino shooting.

The highest date on record is now March 20, 2020 when 210,308 people applied to buy a gun that day, the day after California became the first state to issue a stay-at-home order.

In fact, that entire week was record-breaking. From March 16 to March 22, 1,197,788 background checks were initiated.

RELATED: Face mask that lights up when it detects coronavirus being developed