Texas now reports deaths based on death certificates instead of local submissions, speeding up the process and providing a clearer look at COVID-19's spread. 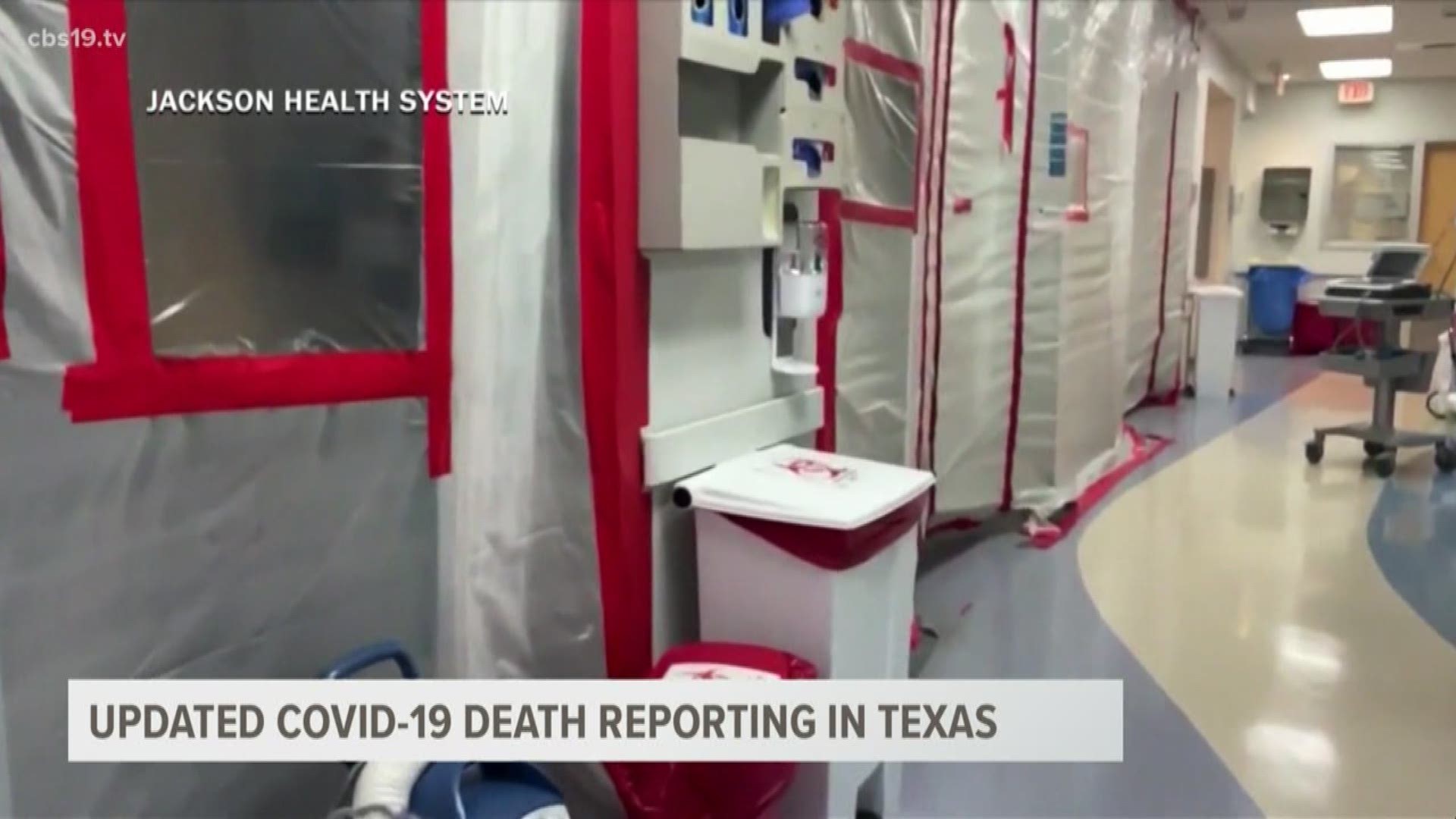 TYLER, Texas — The number of people who have died from COVID-19 has been the focus of intense debate the last few months. Now, Texans have a much better idea of the virus’ impact.

The Texas Department of State Health Services (DSHS) changed its reporting methods this week for measuring the number of deaths in the state related to COVID-19. Instead of relying on local health departments around Texas to provide information, the state will now take the information directly from death certificates.

“It may not be a big change for some jurisdictions,” Chris Van Deusen, a spokesman for DSHS, said. “For others, it may be. But, really, looking at statewide, this allows us to have a really consistent data that we pull across the state.”

The number of Texans dying due to complications from COVID-19 has spiked in the last few weeks. More than 70% of all COVID-19 deaths during the pandemic have happened in July. But on Monday, nearly 700 more deaths were added to the state’s total because the change in reporting allowed for a more complete account.

“And this is one way that we’re able to do that and make sure that our reporting of the fatalities due to COVID-19 is as accurate and as quick as possible,” Van Deusen stated.

By law, death certificates must be filed within 10 days of the death, meaning a shorter lag time from a death occurring to when it is reported. “I think it’s going to give everybody a clearer picture of exactly when these deaths occurred,” Van Deusen said. “And, kind of, what this pandemic has looked like over time.”

The change also provides much greater detail about who is dying from the virus. While some local agencies had already been reporting demographic data about cases and deaths, others had not, creating an incomplete picture at the state level.

DSHS now shows that while people over 80 make up less than 4% of confirmed cases of COVID-19, they account for more than a third of all deaths. People under 60, who are thought to be low risk, make up approximately 20% of deaths in Texas.

The demographic data also shows that the virus is hitting men harder than women; nearly 60% of all deaths in the state have been men.

The novel coronavirus also has a different impact depending on race.

According to the U.S. Census Bureau, Texas is approximately 41% white, 40% Hispanic, 13% black, and 5% Asian. But only 35% of deaths were white people and less than 3% were Asian. Meanwhile, more than 47% of deaths were Hispanic people and 14% were black people. While similar statistics may have been known in some cities, having such statewide data could affect decisions about where to send more testing and resources.

“You know, it can help us, for example, tailor our messages,” Van Deusen said. “Is there more communication we need to do to certain groups to make sure that they know what the risks are, make sure they know how to protect themselves?

“You know, that’s something we’ve tried to do throughout this, but the more information you have, of course, the better you’re able to kind of tailor those messages and focus on groups and others who need to hear those messages.”

A small change in process could end up helping Texas understand a big problem.

RELATED: LIST: Where to get a COVID-19 test in East Texas