Green Cremation Texas said compared to this time last year, it is at 100% over its normal caseload. Up to 20% of that is COVID-19-related. 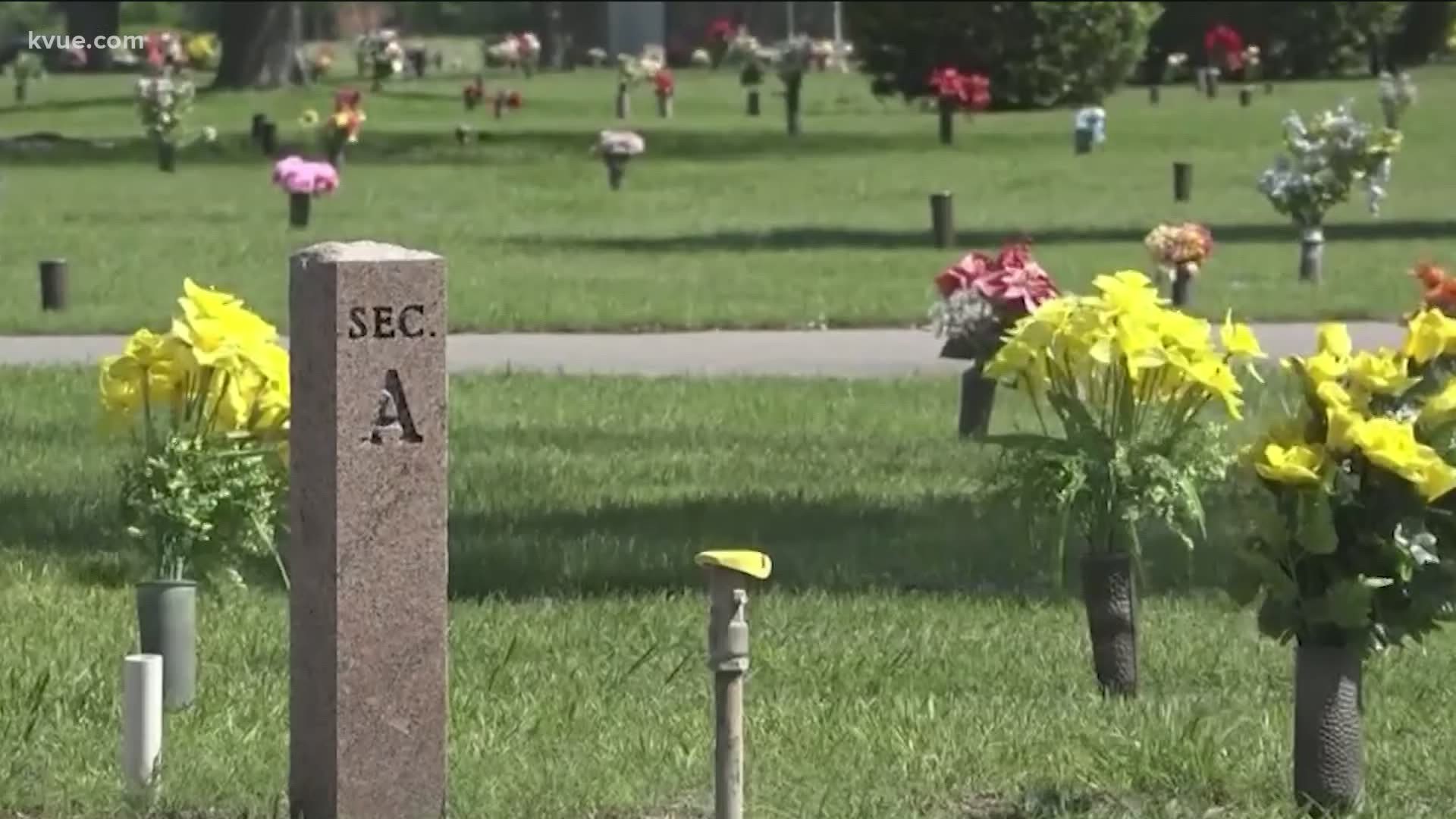 AUSTIN, Texas — At Green Cremation Texas, funeral director Melissa Unfred strives to give clients a timely and positive experience through the three locations around Austin and Pflugerville.

“We're trying to make sure that we don't get in a pinch to where the normal cremation turnaround time would be anywhere from seven to 14 business days by the time the process gets us to the point where we have an appointment for cremation,” Unfred told KVUE on Tuesday.

But this year is different while the pandemic continues to take the lives of thousands of people.

“So what I've seen is from this time last year, we are at 100% over a normal caseload. About 10 to 20% of those clients are COVID related,” said Unfred.

While she said they’re ahead of the rush, the crematories they utilize are currently a two-week waiting time.

“I’ve been in the industry for 20 years and this is unprecedented,” Unfred said.

She added she spoke to hospice chaplains and nurses recently who said they were turned away by other funeral providers due to the high demand.

Now, Unfred said they’re working with other crematories in other cities to help meet demand.

“We have reached ahead to some of our crematory friends in the North, like Arlington, Abilene, even as far as Lubbock, to make sure that we're going to have a pressure-release valve, so families don't have to wait two weeks for their loved ones to be cremated,” Unfred said. “You know, we can instead move to one of those crematories that doesn't have all the pressure on them at the moment and continue to return loved ones back to their family in a timely manner.”

Unfred also said other options that could be faster include water cremation or choosing to do a traditional burial.

At Austin Natural Funerals, who has shifted some of its services to an online platform and implemented safety measures, funeral director Mitzi Chafaetz said capacity and space is still there for her business, but she encourages people to heed what the numbers show when it comes to COVID-19.

“Hopefully people will mask and take it seriously and do the right thing,” Chaefetz told KVUE several weeks ago.

Chaefetz added that recently she’s hearing of an increase in demand at several crematories and funeral homes in the area.

Allen also said the association has refrigerated trucks and has two in the valley – one in Laredo and one in San Antonio.

He added that natural burials are also seeing an increased demand.

“I know in some places, they’re two weeks out on burying people,” Allen said.

He encourages people to stay safe and do what they can to prevent the spread of COVID-19.

“Be safe, take care of yourself,” Allen said.

Travis County has been working on getting refrigerated trucks in case they need the space. A spokesperson told KVUE on Tuesday they still have not been used, but they will be used when needed.