The request comes as the county has used low-level offenders from the county jail to help transport bodies. 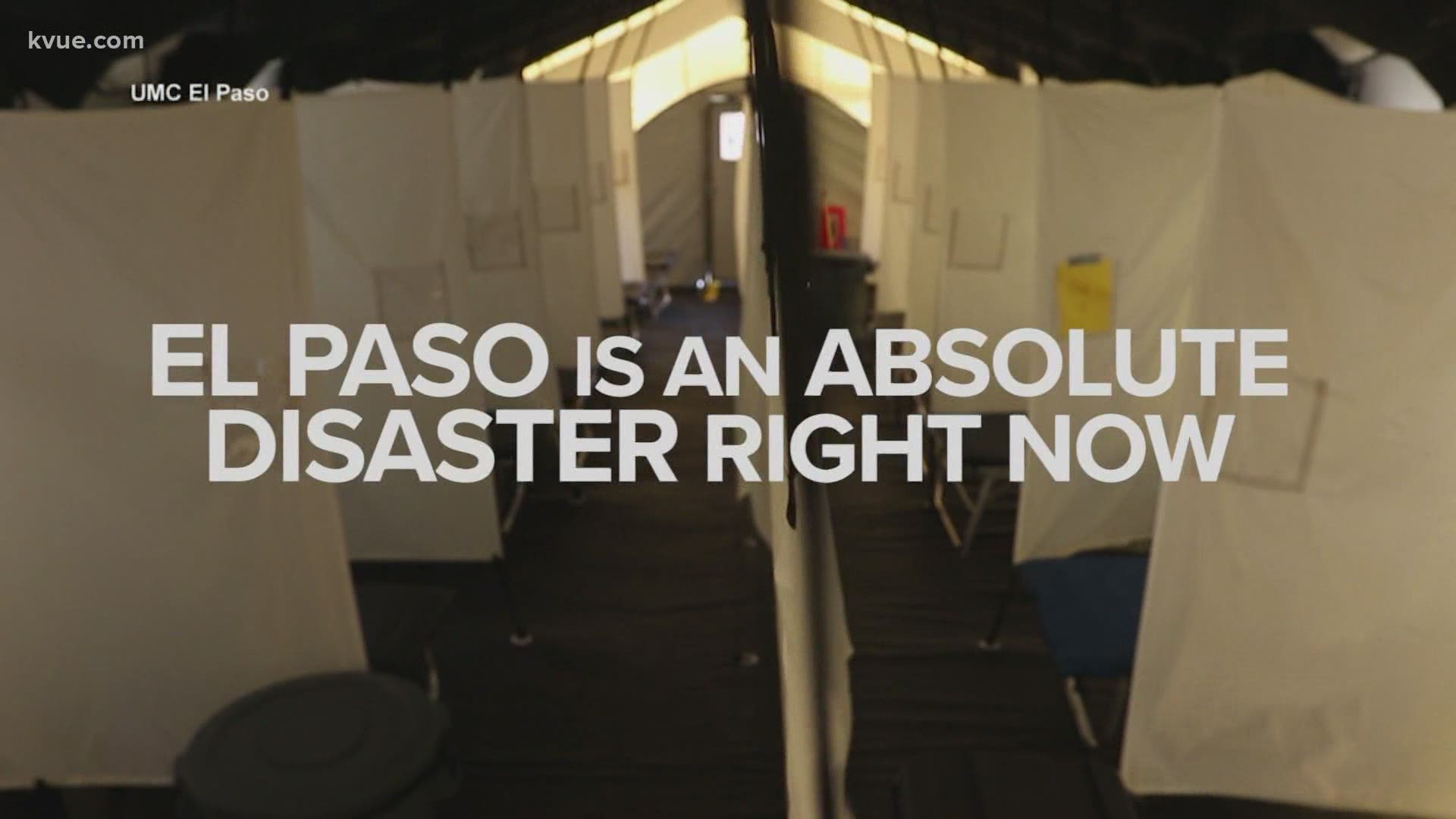 The request comes as the county has resorted to using low-level offenders from the county jail to help transport the deceased. Their work will continue until there are enough new hires, County Judge Ricardo Samaniego said Thursday.

“Not everybody is going to be able to do that. We’ve had people there that have lasted an hour, 30 minutes, half a day,” he said. “So, it’s a difficult process.”

Samaniego is also waiting for the Texas National Guard to respond to the county’s request to have units stationed at the morgue to help with transport.

“They asked for an assessment of our fatalities situation, and it’s been submitted,” he said. “It’s in their hands to determine whether or not they’re going to be able to come to El Paso for fatalities management.”

The county has seen nearly 78,000 cases of the disease since the pandemic began, according to statistics from the Texas Department of State Health Services. The total is the third-highest in the state.

There are about 35,000 active cases in El Paso County, and 876 people have died because of the outbreak.

The call for personnel comes a week after a Texas appeals court struck down Samaniego’s attempt to shut down nonessential businesses as the outbreak continues.

A group of restaurants and the Texas attorney general’s office sued to have the order stopped, successfully arguing that it went beyond Gov. Greg Abbott’s executive orders.

Abbott was also critical of the order, saying Samaniego “failed to do his job” of enforcing existing rules to slow the spread of the virus.

Samaniego said Abbott’s criticism of his order missed the point.

“I felt that the county was doing a good job, our constables were very active,” he said. “The majority of bars and restaurants and enforcement that needed to take place was with the El Paso Police Department, not with the sheriff’s [department].”

Samaniego also defended the county’s use of inmates at the medical examiner’s office. He said it was either that or having families wait longer than then necessary to begin funeral arrangements.

“I think that’s the bottom line, I think anybody would choose that the process continues,” he said. “We are shorthanded and we have no one but the inmates to do it.”

SUV tries to drive across pedestrian bridge in Denver