“It’s just sad for me that I can’t go and hold her hand and tell her it’s going to be okay,” Diane Streicher said of her mom who tested positive. 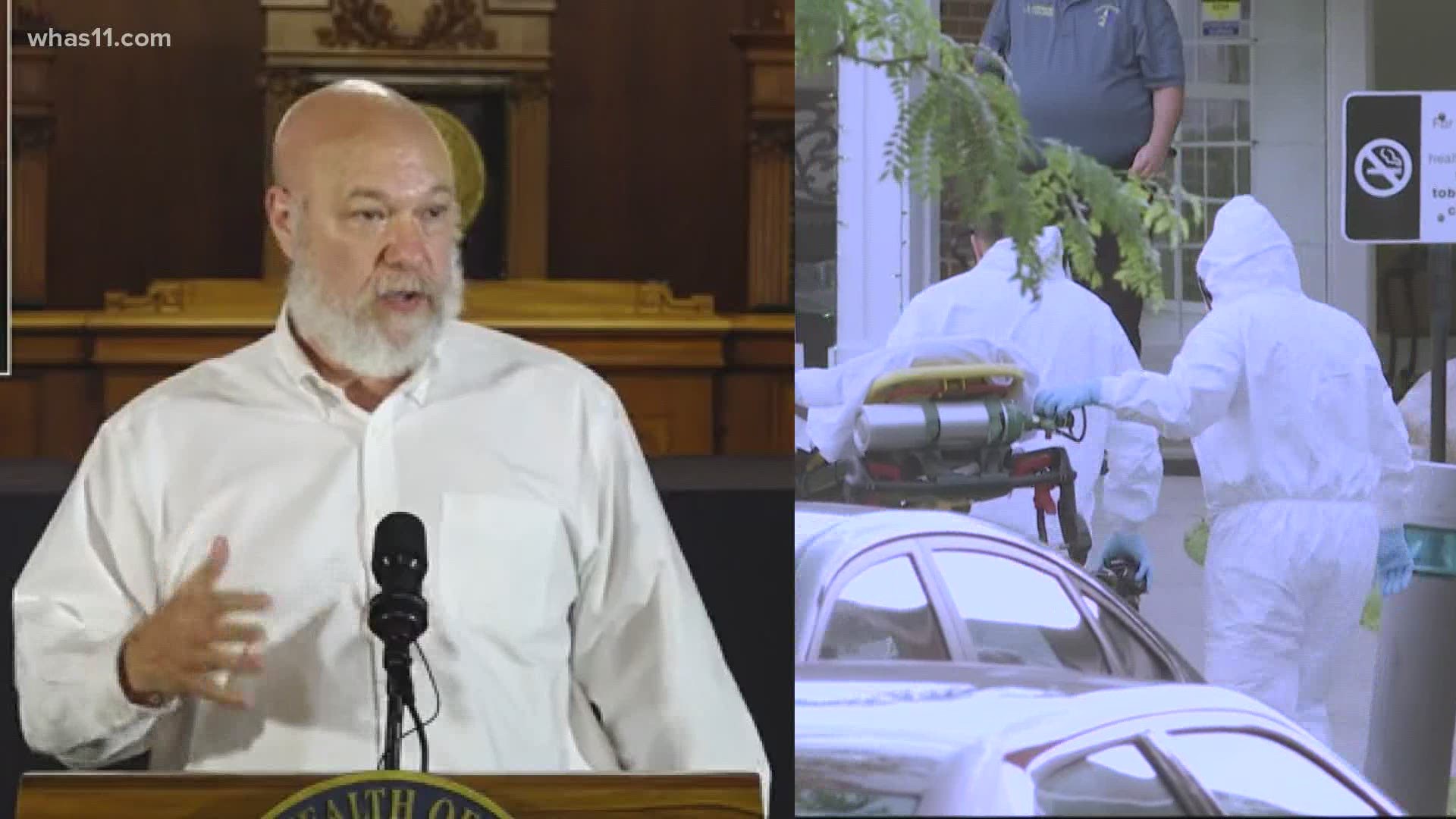 LOUISVILLE, Ky. — For more than four hours, elderly resident were carefully escorted out of Nazareth Home’s Clifton Campus and taken to six area hospitals after 39 residents and 20 staff tested positive for COVID-19.

“It’s just sad for me that I can’t go and hold her hand and tell her it’s going to be okay,” Diane Streicher said.

Streicher’s mom, 86-year-old Rosemary Moore, is one of the Nazareth residents who tested positive and was taken to Baptist Health Louisville during the transport process Monday night.

"I don’t know if she’s going to make it and its heart wrenching," Streicher said.

As part of the state's task force plan to roll-out widespread testing of all nursing homes and long-term care facilities, Nazareth began its testing last Wednesday.

Many of those who were found to have COVID-19 were asymptomatic.

State health officials say many of those people, particularly staff, started to become symptomatic over the weekend.

"It became apparent the facility was going to have a very tough time providing enough staff to the residents that they had in that facility," Secretary Eric Friedlander, Cabinet for Health and Family Services, said during a Tuesday press conference.

That's when Nazareth and local and state health agencies decided to mass evacuate the positive residents.

The facility made strict safety changes in March – like no communal dining and temperature checks 3 times a day of staff and residents.

It says it informed families of the hospital transport process over the weekend.

"Our heart is with you and we're doing all that we can to keep that communication going," Mary Haynes, President & CEO, Nazareth Homes, said.

Streicher says her mother is doing well in the hospital, but she still fears people aren't taking the virus seriously enough as the state re-opens – especially with so many asymptomatic cases discovered at Nazareth.

"I don’t think people realize that we are not out of the woods yet. we're not. and I just ask that everybody take into consideration their own family members as well as everybody else," she said.

So far, the state has tested 11,000 staff and residents at long-term care facilities and will test another few thousand in the coming days.

RELATED: A Kentucky nursing home is winning the game when it comes to TikTok videos

RELATED: Kentucky nursing home holds parade for residents who have recovered from COVID-19

RELATED: Nursing homes should be virus-free for 28 days before opening, feds warn